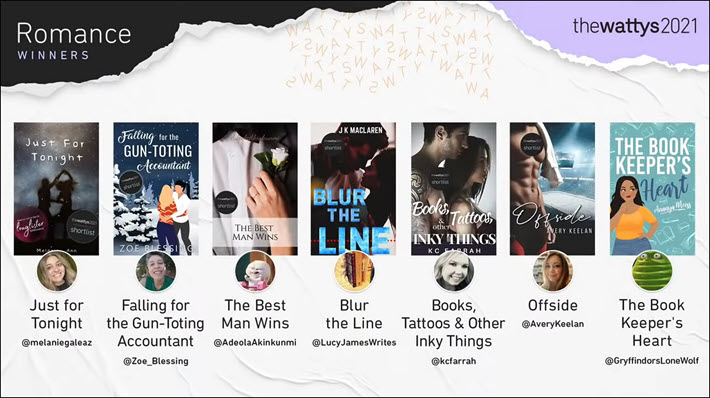 Winners in the 2021 Watty Awards include several stories inducted into the Paid Stories program that allows writers to earn money for their work.

A Wattys category with a strong cohort of winners for 2021 is Romance. The 90+ million active monthly users of Wattpad are more than 70-percent female and aged in the Generation Z and millennial demographics, putting them roughly between age 9 and 40 this year. Image: Wattpad

Well no, actually, not entirely different from everything else is Toronto-based Wattpad, after all. When it comes to announcing Watty Award winners, the big platform in this second year of the coronavirus COVID-19 pandemic has utilized—as have most such events in publishing—a digital ceremony.

We’ll embed the video at the end of this article, but one thing you’ll notice is a major difference with other awards ceremonies is numbers of views on that video. At this writing, the 2021 Watty Awards Ceremony video has 15,242 views.

To our knowledge, few programs in the so-crowded world of book and publishing awards have come close to drawing that number of eyeballs, one exception being the Booker Prize winner’s ceremony video from a month earlier, November 3: That one now has 18,567 views. Not that there’s a competitive pixel in any of these awards programs. Of course not.

It’s also fair to note that many if not most of the awards programs play out their digital ceremonies on multiple platforms, so YouTube numbers are not the ultimate arbitrator. It’s just the platform we’re viewing at the moment. 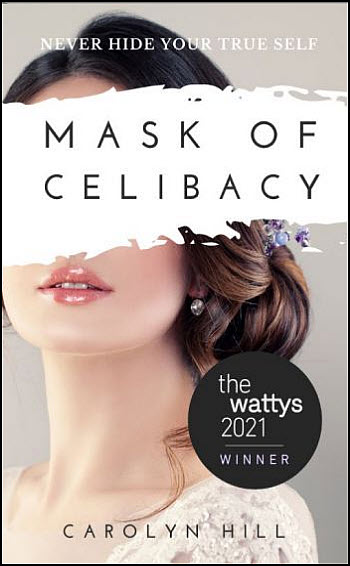 As it turns out, however, the Wattys have distinguished themselves another way, and that’s in giving their Grand Prize Watty honor, in their 11th annual edition, to “a coming-of-age asexual romance about two students discovering their identities.”

And Wattpad writer @Carolyn_Hill’s book (now listing at least 61,300 reads) is the focal point of a newly spotlighted layer of niche interest in what the company actively pursues and encourages–a vast panoply of rich diversity in its content.

When you have an active monthly user base of more than 90 million people reading and writing in more than 50 languages and spending an aggregate 23 billion (yes, billion) minutes on the platform monthly, anything you can do to help niche those interests is a practical move in the direction of coherence, of course. And with 90 percent of the users trending in age to Generation Z and millennials, there’s a big demand for and acceptance of diversity. It’s a true driver on the site, great to see.

Following Wattpad’s acquisition this year by South Korea’s Naver, some will wonder whether a high-visibility Top-Watty arrival of content in the celibate romance category will be echoed on Webtoon, Wattpad’s sister comics site. 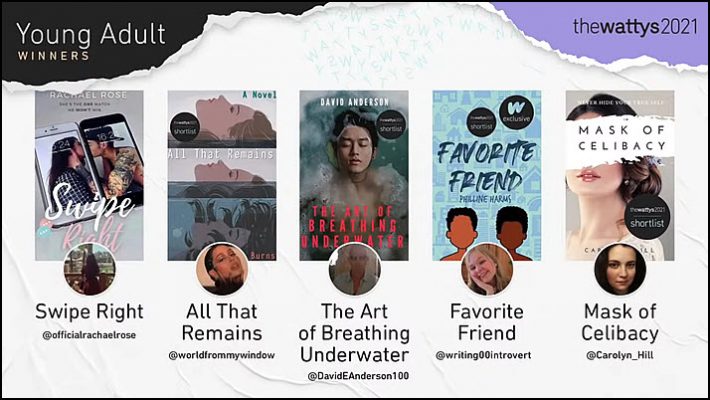 The YA category’s winners in the 2021 Watty Awards include the grand-prize winner, ‘Mask of Celibacy.’ Image: Wattpad

This year alone, there are 60 English-language winning stories. Yes, 60. Feel free to lie down for a moment before going on. 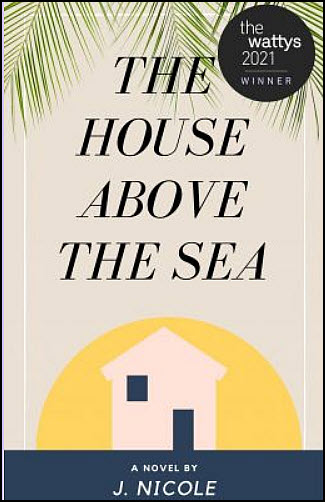 ‘The House Above the Sea’ by an author who goes by J. Nicole is one of three titles to win the Paid Stories Watty, which allows winning writers to begin earning money for their work on the platform. Image: Wattpad

This year, more than 40,000 stories were entered in the Watty Awards, and the company says that more than 1 million people (total) have already read the 60 winners.

Wattpad Books, created by Gardner several years ago, now is called the Wattpad Webtoon Book Group and, as Publishing Perspectives readers will recall, opened a graphic novel imprint called Wattpad Unscrolled in November, part of its new relationship with Naver’s Webtoon, a reading-and-writing platform for comics and graphic work.

Still, the book division is leveraging Watty winners for print and digital readers. Last year’s Grand Prize Watty winner, How to Be the Best Third Wheel by Loridee De Villa, is to be published on May 3 by Wattpad Books.

And your best bet for looking at the sheer range of content on this massive platform is to scroll through the Wattys site where you’ll find winners not just in the Werewolf category (yes, there is one) but also in Historical Fiction, ChickLit (still alive at Wattpad), and the coveted Paid Stories Prize which moves winning stories into the “Paid Stories” program that lets their writers earn money for their writing.

A partnership with Canva is heavily promoted this year in the Wattys program, too, positioned for its ability to support cover design.