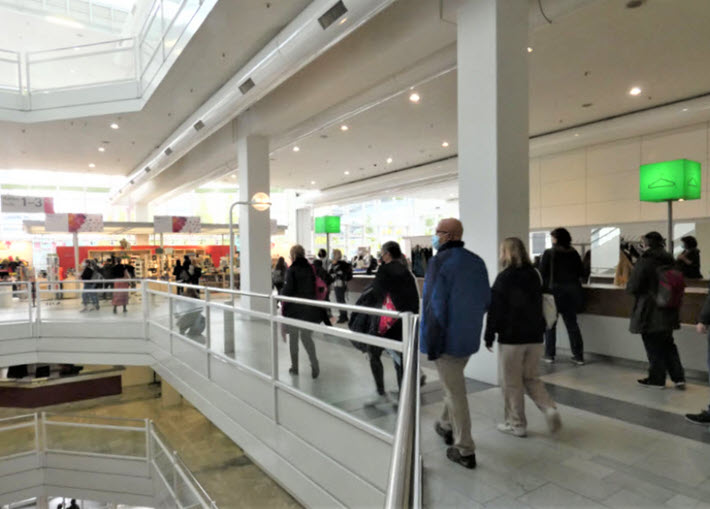 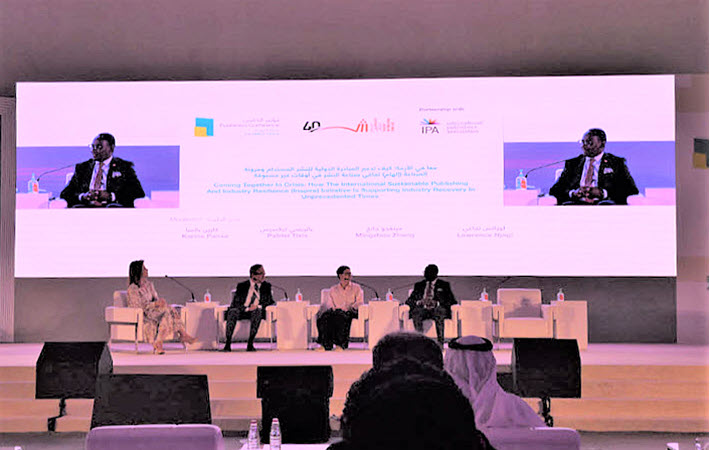 Healy on Canada: ‘The End of the Judicial Road’

Both at Frankfurter Buchmesse in October and at Sharjah International Book Fair this week and last, copyright is, of course, a key topic of interest for professionals in world publishing.

At Frankfurt, one of the many activities the International Publishers Association (IPA) scheduled, for example, was a meeting in the Spektrum Rooms of its copyright committee. And on October 31, when IPA vice-president Karine Pansa moderated a session in the Sharjah Publishers’ Conference, in which Kenya Publishers Association chair Lawrence Njagi asked, “How well is the market prepared to handle publishing’s content?”

Pansa, picking up on Njagi’s concern about copyright in the digital age—which can seem to offer new inroads to infringement—echoed his worry: “What is the value of culture at this point? To be paid for what we do?”

In an interview with Michael Healy, however, what’s striking is how many points of concern in the field are at various stages of indecision—issues are pending, legislative efforts stand unresolved, governmental consultations are in the “analysis” stage. As with so many things in the era of the coronavirus COVID-19 pandemic, it seems the currency of the realm is patience.

Healy, long familiar to Publishing Perspectives for his work as the executive director of international relations at Copyright Clearance Center, continually surveys key issues in copyright on the international stage and speaks with us each year during the autumn conferences about how things look. This year, the theme appears to be one of “waiting for the other shoe to fall”—situations in which some resolution is still to be seen.

Here are highlights from our conversation.

As Publishing Perspectives readers know, the long-running frustration of Canada’s 2012 “Copyright Modernization Act” began with the legislation’s activation in 2013. Healy makes the point that having started work with Copyright Clearance Center 10 years ago, the Canadian crisis has been a factor throughout his employment there.

In describing the dispute, Access Copyright—English-language Canada’s officially mandated collective management organization (CMO) for reproduction rights—last year called the situation “a decade-long struggle by creators and publishers to be fairly paid for the copying and use of their works by the education sector.”

At issue is the interpretation by many in the Canadian educational system to mean that “fair dealing” or “fair use” of published copyrighted content includes copying and distribution to students without compensation to publishers and authors. In August, the Canadian book industry was estimating that it has lost more than $150 million in Canadian currency (US$120.5 million) in unpaid revenue as educational institutions reneged on paying the established per-student copyright fee.

The latest inflection point, as we reported in early August, was a July 30 judgment from the Canadian Supreme Court, as the Canadian Publishers Association’s president Ruth Linka put it, told publishers “to navigate an increasingly challenging marketplace without the necessary legal tools to protect our investments in new educational materials, let alone encourage new investment.” 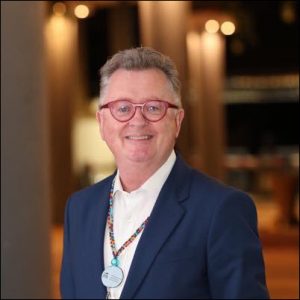 “It’s clearly the end of the judicial road,” Healy says. And the judicial recourse had once seemed the most promising because of a highly favorable 2017 ruling from federal court Justice Michael L. Phelan—a ruling now invalidated.

“So, what are you left with,” Healy says, “but a legislative and parliamentary solution? That’s all that can be done now. I certainly remember in the years immediately following the 2012 act  independent reports showing that smaller publishers were forced to close their doors. And I remember US publishers reported to be closing their north-of-the-border operations in the wake of the 2012 legislation. There clearly are both local and international casualties of that legislation.”

Asked what happens to a culture of such strong educational clout and tradition as Canada’s when a major part of its scholarly and academic industry walks away from copyright obligations, apparently with no appetite on the part of the court system to intervene, Healy says, “Won’t it be interesting to see now?

“What happens to the level of licensing? And obviously, you’re asking a much more existential question about publishing and its relationship with the academic and educational communities. That will take longer to work out, that’s for sure.” 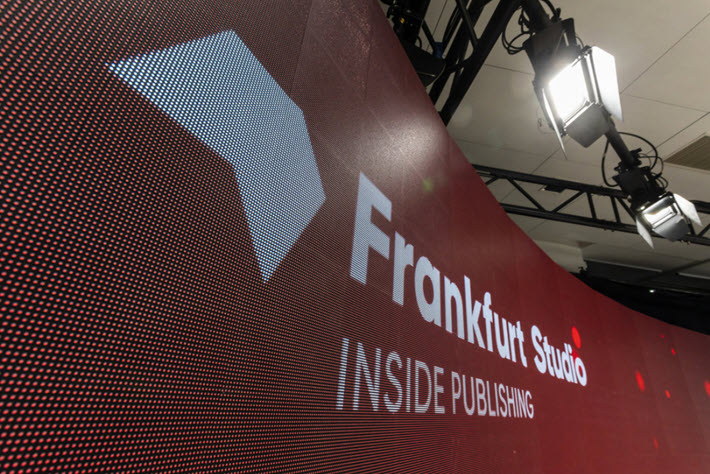 At even more of an apparent standstill than Canada’s situation, the South African reform bill, as Publishing Perspectives readers know, was returned to parliament more than a year ago, in July of 2020. And that, after the bill had emerged from committee in December 2018.

Cyril Ramaphosa, the South African president, had raised constitutional concerns about the bill, which many in publishing had feared would diminish copyright protection.

“So that’s also been quite a slow process,” Healy says, ever a master of British understatement.

“There has been a process now going on during the summer of public consultation,” he says, “and that parliamentary consultation process, as I understand it, was set up to address the issues raised when the president sent it back to parliament. I know that a lot of pro-copyright pro-licensing stakeholders, both inside South Africa and outside, have been contributing oral and written submissions as part of that process.

Healy says it’s thought that parliament is soon to reconvene following those elections. So we might hear some further news about the fate of that legislation” sometime this month. 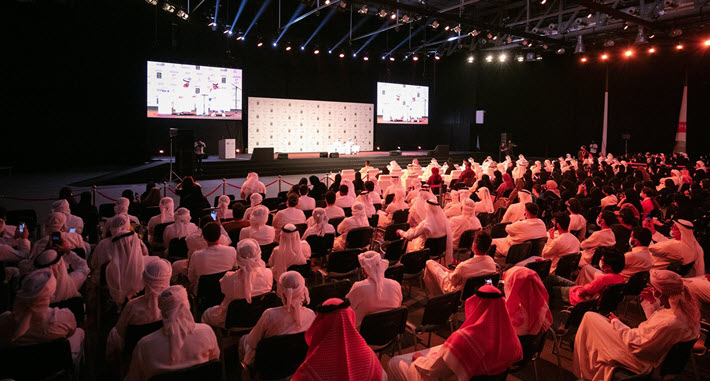 This month, the Singapore Copyright Act—which went into public consultation in 2016—may be enacted into law. Its proposed amendments were passed by parliament on September 13, and as Healy points out, the singular feature here is a new exception to copyright infringement, as Alban Kang and Pin Ping Oh describe it at Lexology, for use of works for text and data mining, or TDM.

“Unlike many other jurisdictions,” Healy says, “Singapore has done something interesting, which is that it’s chosen to extend the TDM exception, even to commercial applications. And there are no limitations apparently on the purposes for which the text and data mining is carried out.

“That’s really unusual, because a lot of jurisdictions say yes, text and data mining is a legitimate exception in educational and research environments. But the fact that they’ve chosen to extend that even to commercial text and data mining applications. That’s very noteworthy, I think.”

Healy points out that the Singaporean statute “does require the content used in text and data mining applications must come from a lawfully accessed source. So that’s some comfort I think for the rights holders.”

But overall, as he says, “not a good development, that one,” although as Alban and Pin point out in their article, there is an international trend discernible in the direction of text and data mining, just less broad, as Healy points out, than Singapore’s.

“A number of jurisdictions have introduced specific exceptions for TDM in their copyright legislation,” Alban and Pin write, “including Japan, and the United Kingdom and, most recently, the European Union as part of the directive on copyright in the Digital Single Market, with EU member-states [having been] required to implement the rules into their national laws by early June 2021.

“Singapore will be the newest kid on the block when its TDM exception is introduced in November this year.”

In this seemingly universal moment of copyright-related pauses, the industry in India is watching a new development seemingly on the way but not yet in play.

“They’ve set up a ‘parliamentary standing committee on commerce,'” Healy says, “and then tabled before the Indian parliament back in July what they call a review of the intellectual property rights regime. It’s a lengthy document but it made a series of recommendations for changes to the India’s IP laws and the regulatory environment.

“As you’d expect,” he says, “there’s a very long chunk on patents, a long chunk on trademarks, and a somewhat shorter set of recommendations relating to copyright, as well. The prevailing legislation is the Copyright Act of 1957, so it’s a fairly old piece of legislation. But there is some suggestion in the standing committee report that it wants to see copyright exceptions for literary works extended.

“So this is very, very early days here, but a lot of industry associations are watching this closely– the Association of American Publishers, IFFRO (the International Federation of Reproduction Rights Organizations), everybody is watching this quite carefully, because we want to see what direction it goes.”

Healy cautions, “It’s only a parliamentary standing committee report, not draft legislation; just a set of recommendations at this point. But everybody’s watching it closely.”

The United Kingdom: Waiting for Results 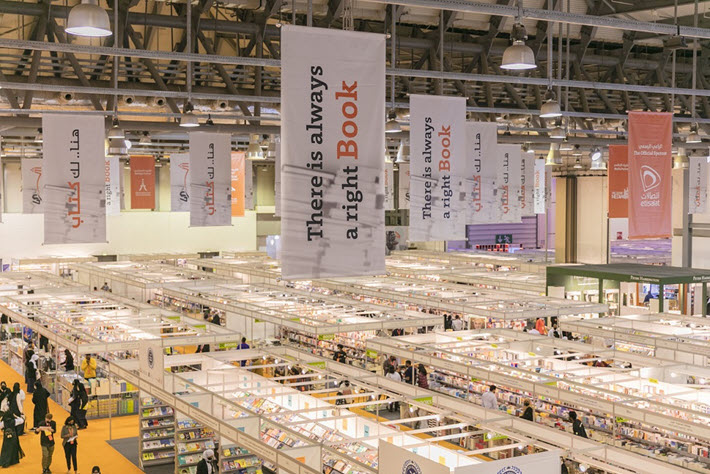 The exhibition floor at the 2021 Sharjah International Book Fair. The ‘There Is Always a Right Book’ slogan is the current evocation of Ahmed Al Ameri’s international ‘There’s a Book for That’ campaign. Image: SIBF

Lastly, there’s the case this autumn of the United Kingdom’s consultation on the country’s “future regime for the exhaustion of IP rights,” as it’s called. And this one, too, is on a hold of sorts, as Healy points out.

Publishing Perspectives readers will remember that the public-input period of this post-Brexit examination of the UK’s copyright regime prompted the Publishers Association and others to create the “Save Our Books” campaign to argue against what’s called an “international copyright exhaustion” framework that might see a flood of inexpensive copies of UK books coming back into the home market from international ports after those copies had been sold abroad.

Today (November 8), Nicola Solomon at the Society of Authors in London has confirmed to us that while the public consultation period ended on August 31, “the civil servants confirmed that they have extended their window for analyzing the submissions and making their recommendations to the minister”—normally a 12-week process—”which now won’t happen before the new year.”

So it’s another waiting game in a big market’s copyright context, and a crucial one in the UK.

The reason that the question of the UK’s copyright regime has been called is that it’s an inherent result of the ties Britain has cut with Europe. “We had always known this would be an issue for books,” Solomon says–the Society was a partner of the Publishers Association in the campaign—because some other industries such as pharmaceuticals would welcome access to cheaper parallel imports.

“So the Publishers Association had been planning and coordinating the ‘Save Our Books’ campaign for some time.”

More from Publishing Perspectives on international issues in copyright is here. More from us on Copyright Clearance Center is here, and more from us on the work of Michael Healy is here.