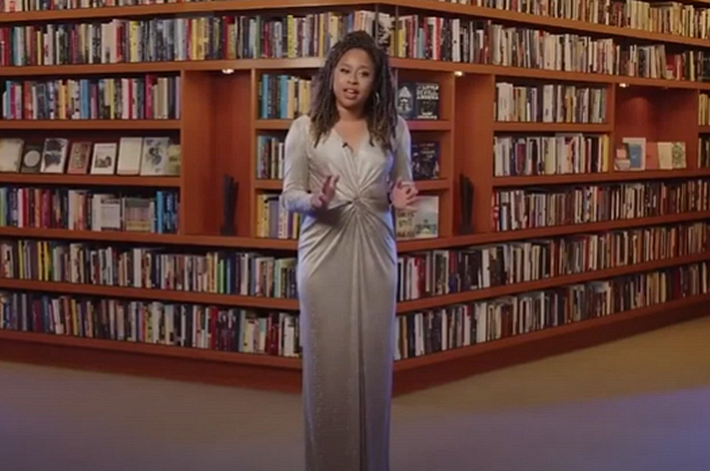 The 72nd iteration of the United States’ National Book Awards featured an initial pool of 1,892 submissions in five categories.

As Publishing Perspectives readers will recall, the 72nd National Book Awards program’s organizers had hoped they could produce the customary live ceremony at Cipriani Wall Street in New York City. Instead, they opted for a second year’s digital presentation (embedded below), streamed this evening (November 17).

The National Book Foundation reports that publishers submitted a total 1,892 books for this year’s awards, in this breakdown of categories:

In each category here, we’ll list the winner at the top, followed by her or his  and repeat the other finalists.

Jason Mott has published three previous novels. His first novel, The Returned, was turned into a television series. He has a BFA in fiction and an MFA in poetry, both from the University of North Carolina at Wilmington.

Tiya Miles is a history professor of history and holds the Radcliffe Alumnae Professor seat at the Radcliffe Institute for Advanced Study, serving as director of the Charles Warren Center for Studies in American History at Harvard. She’s a recipient of a MacArthur Fellowship.

Miles is the author of The Dawn of Detroit, which won the Frederick Douglass Book Prize, among other honors, as well as Ties That Bind, The House on Diamond Hill, The Cherokee Rose: A Novel of Gardens and Ghosts, and Tales from the Haunted South, a published lecture series.

Martín Espadahas published more than 20 books as a poet, editor, essayist, and translator, including Vivas to Those Who Have Failed and The Republic of Poetry, a Pulitzer Prize finalist. He has won the Ruth Lilly Poetry Prize, the Shelley Memorial Award, and a Guggenheim Fellowship.

Elisa Shua Dusapin is French, and was raised in Paris, Seoul, and Switzerland. Winter in Sokcho is her first novel, and was awarded the Prix Robert Walser and the Prix Régine Desforges. Its translation rights have sold into six languages.

Aneesa Abbas Higgins has translated books by Vénus Khoury-Ghata, Tahar Ben Jelloun, Ali Zamir, and Nina Bouraoui. Seven Stones by Vénus Khoury-Ghata was shortlisted for the Scott Moncrieff Prize, and both A Girl Called Eel by Ali Zamir and What Became of the White Savage by François Garde won PEN Translates awards.

Malinda Lo is the bestselling and critically acclaimed author of several novels, including most recently A Line in the Dark, which was chosen as a Kirkus and Vulture “best young adult book of the year.” Her novel Ash, a lesbian retelling of Cinderella, was a finalist for the William C. Morris Young Adult Debut Award, the Andre Norton Nebula Award for Middle Grade and Young Adult Fiction, and the Mythopoeic Fantasy Award for Children’s Literature.

Lo is a three-time finalist for the Lambda Literary Award.

More from Publishing Perspectives on the National Book Awards is here, and on publishing and book awards programs in general is here.