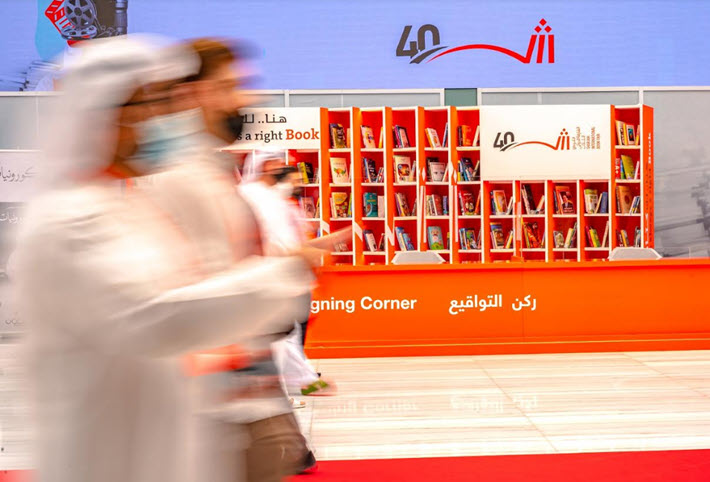 The 40th edition of the  Sharjah International Book Fair, which closed its 11-day run on Saturday (November 13), is reported to have drawn 1,692,463 attendees.

Those people represented 109 nationalities, according to figures released by Ahmed Al Ameri‘s Sharjah Book Authority, the producing body behind the fair, which is preceded by its three-day Sharjah Publishers’ Conference, produced this year in association with the International Publishers Association (IPA).

Publishing Perspectives readers have known from our earlier coverage that there were some 1,630 exhibitors this year at Sharjah, representing 83 countries. Again this year, Sharjah’s Sheikh Sultan Bin Mohammed Al Qasimi encouraged exhibitor participation by exempting publishers from rental fees, said to be a move worth 6 million dirhams (US$1.6 million). Sheikh Sultan also allocated 4.5 million dirhams (US$1.2 million) to book purchases from publishers participating in the fair.

Al Ameri announced a new liaison between Sharjah Book Authority and the Emirates Writers Union, founded in 1984, to co-produce literary events, seminars, recitals, and other programs during the golden-jubilee celebrations to come. 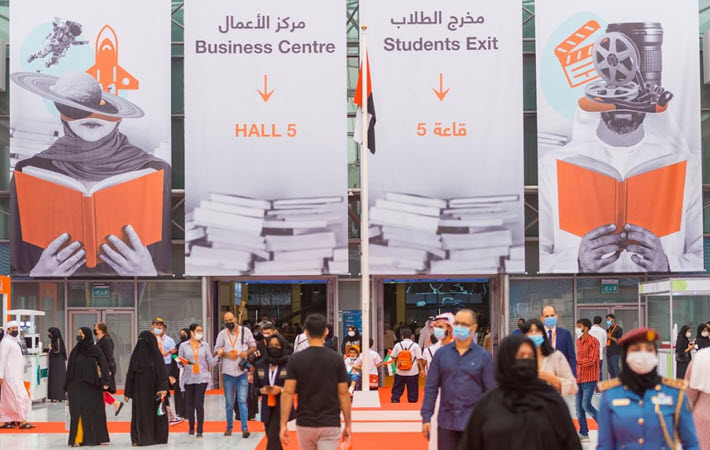 Some of the most interesting data released to the news media has to do with the demographics of the show’s visitors.

In descending order, the top nationalities represented were:

Following the three-day professional program, the public-facing fair staged 440 cultural sessions, as well as 355 performances, seminars, and workshops for children. In addition, there were at least 80 theatrical and/or dance programs from Asia, Africa, and Europe on the bill. 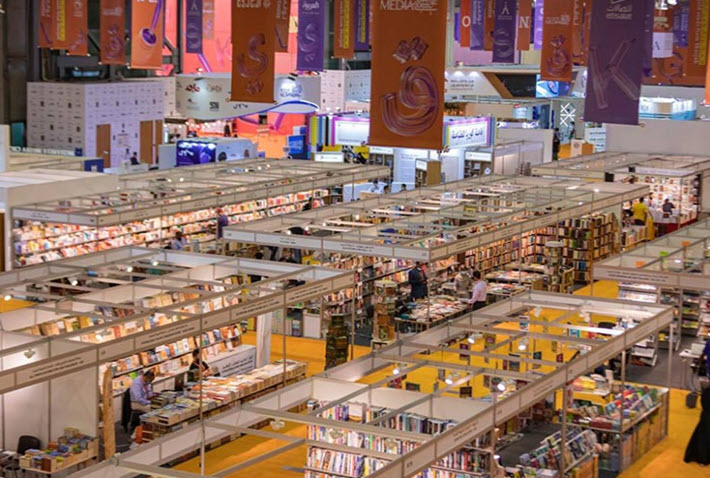 On the exhibition floor of the 2021 Sharjah International Book Fair. Image: SIBF

In cooperation with Bologna Children’s Book Fair, workshops and panels were offered for illustrators, designers, and art directors. This is part of the “Bologna Grand Tour” program supported by Italy’s ICE-Agenzia and ministry of foreign affairs and international cooperation.

, which precedes Sharjah being guest of honor at Bologna in 2022, offers 30 portfolio reviews, 10 workshops, and 20 masterclasses at fairs, reflective of Bologna’s leadership in illustration in children’s publishing.

Kuwaiti journalist and author Taleb Al Refai was this year’s designated cultural personality of the year and was one of 85 authors and other featured guests from 22 countries. As Publishing Perspectives readers know, the 2021 Nobel Prize laureate Abdulrazak Gurnah was on hand, as were television personality and writer Trevor Noah; Chris Gardner; Amitav Ghosh; Yasmina Khadra; Chetan Bhagat, and others.

A final tally from the pre-fair Publishers Conference professional program indicates that 546 publishers and literary agents were on hand for the event, which featured 35 speakers and a cavernous trading floor noisy with one-on-one rights meetings.

In addition, Sharjah this year held two library events. One was the eighth iteration of the two-day Sharjah International Library Conference in association with the American Library Association. A new event, a National Libraries Summit, drew some 50 participants representing national libraries in 20 countries.

Subsequent to Al Ameri’s visit to Washington’s Library of Congress in the spring, the US librarian of Congress, Carla Hayden, was invited to be in Sharjah this year and was received by Sheikh Sultan at the Sultan Al Qasimi Centre for Gulf Studies. 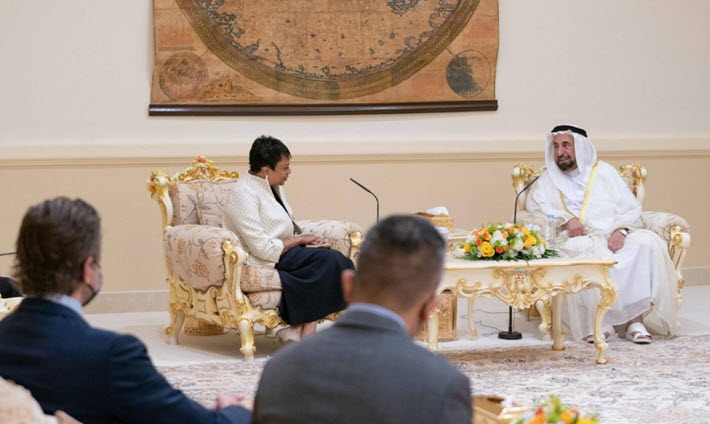 Carla Hayden, the US librarian of Congress, meets with Sheikh Sultan at the Sultan Al Qasimi Centre for Gulf Studies during the 2021 Sharjah International Book Fair. Image: SIBF

More from Publishing Perspectives on the Sharjah Book Authority is here, more on Sharjah International Book Fair is here, and more on publishing’s trade shows, book fairs, and festivals is here.