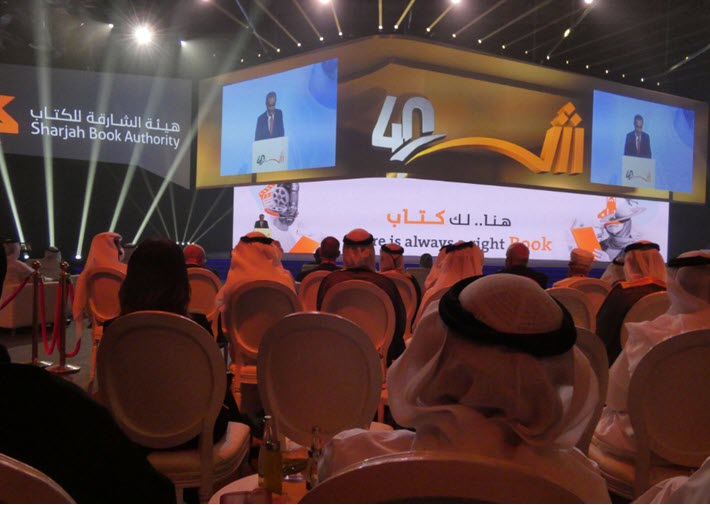 Stressing that culture is a bridge between nations, Spain opens its guest of honor program at Sharjah International Book Fair.

Working to Recover from a 26-Percent Drop

Iin the run-up to its turn as guest of honor at Frankfurter Buchmesse in 2022, Spain is now guest of honor at Sharjah International Book Fair, which opened on Wednesday (November 3) under the direction of Ahmed Al Ameri, chair of the Sharjah Book Authority.

As the full range of book fair events goes forward in the United Arab Emirates, the Federation of Publishers’ Guilds of Spain (FGEE) has provided some market context.

Along with the federation, Madrid’s delegation and programming is being led by the Spanish ministry of culture and sport. Noting that the Sharjah fair is “the largest of those book fairs in the Middle East.” The federation’s media messaging revisits the 2019 figures for Sharjah’s fair, which in that year logged 2.3 million visitors with 1,874 publishers from 77 countries encountering a display of 20 million books.

The federation also points out that in 2019, Sharjah was guest of honor at that year’s Liber fair, “which allowed Sharjah to become a commercial reference for Spanish companies in the internationalization process.” The UAE’s delegation in that instance was led by Sharjah’s author-emir, himself, Sheikh Sultan Bin Mohammed Al Qasimi. 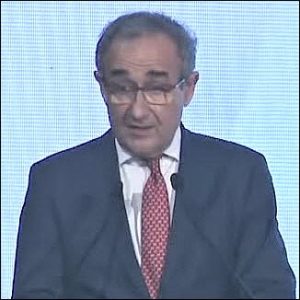 On Tuesday (November 2), Patrici Tixis, who is the acting president of the federation, told Sheikh Sultan and the 800 members of the opening ceremony audience—all specially PCR-tested in order to be present—that “It was a great honor” to have had Sharjah as guest of honor, and a chance to hear from the sheikh “how our roots are very deep and very close.

“I said thank you,” Tixis said, “because we are an industry but we need to open windows to the other countries as your country did at that moment in the book fair.”

Tixis stressed, “Culture is the way we have to build a solid bridge” of understanding and respect among nations.

The Spanish communiqué also points to the value of Sharjah’s just-concluded three-day professional program, the Sharjah Publishers’ Conference, in which the federation’s acting president, Patrici Tixis, appeared as a speaker and was a daily, engaged participant. In mentioning the professional program, Madrid’s material highlights the fact that Publishers Conference .

‘A Brake on the Increase in Exports’ 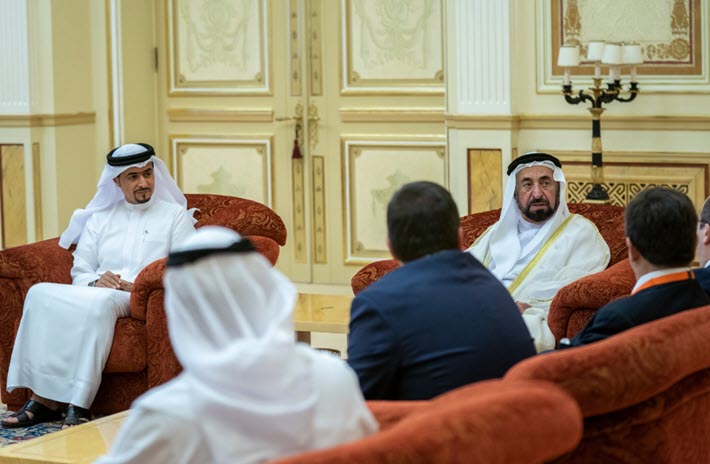 Spread-mitigation efforts in the coronavirus COVID-19 crisis “put a brake on the increase in exports registered in previous years,” the Spanish federation says about its market’s challenges during the medical emergency.

In terms of exports by country, Mexico continues to be the main recipient of Spanish publishing products, followed by France and Argentina. 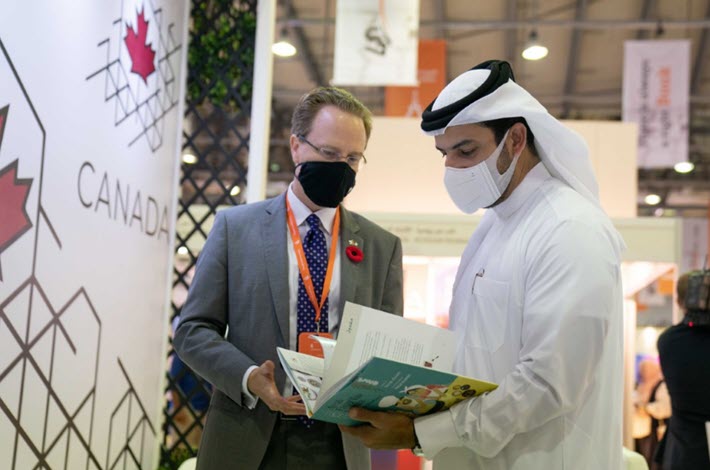 Another guest of honor heard from: The Canadian stand at Sharjah International Book Fair has a visit from Sheikh Sultan bin Ahmed bin Sultan Al Qasimi. Canada was guest of honor at Frankfurter Buchmesse in October. Image: WAM