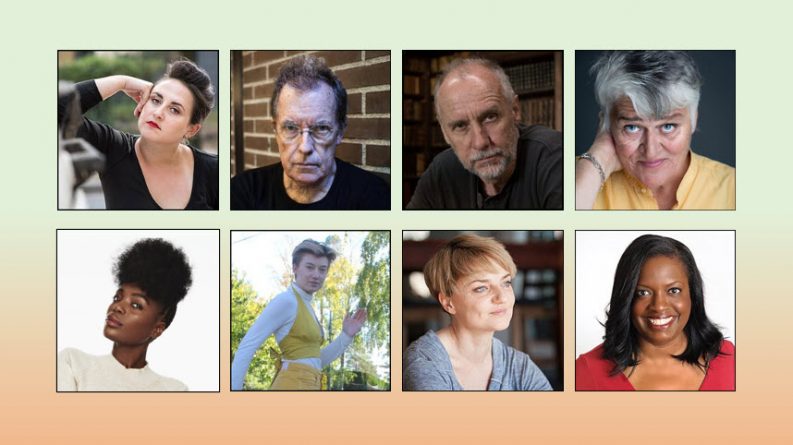 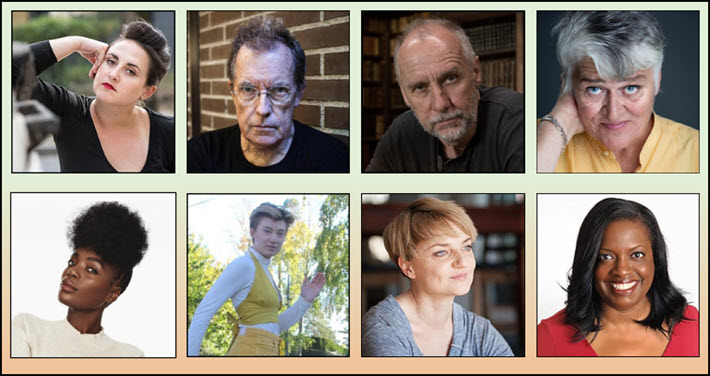 As rights transactions go, closing a 102-book deal is hardly the norm. But that’s what Lena Stjernström at Stockholm’s Grand Agency is reporting doing.

Author Anna Jansson’s series featuring police inspector Maria Wern is going through the proverbial roof, with StorySide—the publishing arm of Storytel—buying rights to translate 22 of Jansson’s titles into English, Italian, and Spanish, as well as 6 titles in Icelandic and Hebrew. The deal includes 102 translation deals overall, limited to audiobook and ebook formats. 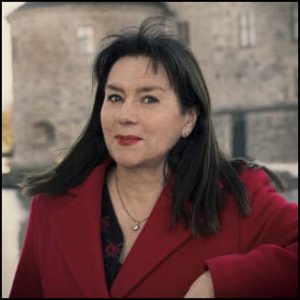 The breakdown of the Storytel/StorySide deal looks like this: 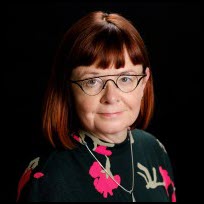 It looks as if StorySide has picked up world English rights for the United Kingdom and United States, as well—an interesting move for those who know the big footprint of Storytel’s international expansion.

Authors will be relieved to know that it’s taken Jansson more than 20 years to put together her body of work totaling more than 60 books, which include not only crime and thriller titles but also “feel good children’s books.” In her native Sweden, she’s reported to have sold at least 5 million copies, and television-series adaptations of her Maria Wern books are said to have been seen in as many as 34 territories.

Mari Wärri who heads up acquisition for Storytel is quoted, saying, “Through Storytel, a worldwide audience can now experience the thrills and suspense of Anna Jansson’s stories. Crime and detective novels constitute an extremely popular segment in our service, and also in our own publishing. 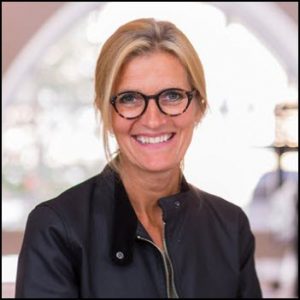 “Anna Jansson’s novels offer our readers and listeners entertainment of the highest caliber. Anna Jansson is one of the most successful authors on the Storytel platform.

“She has hit No. 1 in Sweden, Finland, Norway, and Denmark with each new title.”

Bulk buys, if you will, aren’t rare in handling Jansson’s oeuvre, Stjernström tells us.

And a market we haven’t named yet into which the Maria Wern series has sold is Estonia, where Eesti Raamat holds the contract.

Here are some of the covers in the voluminous Maria Wern series. 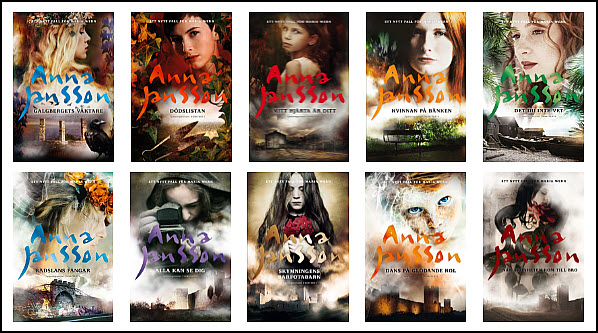 And below, in each roundup, we use some of the promotional copy supplied to us by agents and rights directors, editing that copy to give you an idea about a book’s nature and tone. If you’d like to submit a deal to Publishing Perspectives, see the instructions at the end of this article. 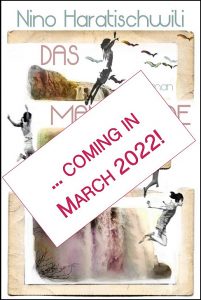 “Lack of Light, the new novel by author Nino Haratischwili [you may know her family saga, The Eighth Life (of Brilka)] is the story of a lost land and a lost generation; of a revolution that devours its children; of a friendship that defies death; of phantom pain, a battle with oneself and the world, a struggle with fate.

“It is also a homage to Georgia, the city of Tbilisi, and its people–a declaration of love across the ages.”

Haratischwili is a native of Tbilisi, today based in Berlin. She’s a playwright, a theater director, and a novelist. Her novel The Cat and the General was shortlisted for the 2019 German Book Prize. 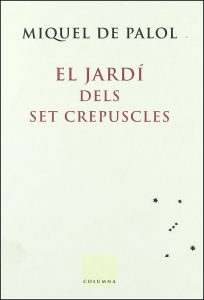 “Barcelona 2024. As Europe is devastated by an atomic war, a small group of people—all of them members of the Catalan high bourgeoisie—manage to flee and go into hiding near de Pyrenees.

“Here they take refuge in a strange castle hidden in a rock and surrounded by a magic garden. In this castle there’s an atmosphere of excessive and fantastic luxury, the perfect place in which to escape the specter of the war by telling stories.” 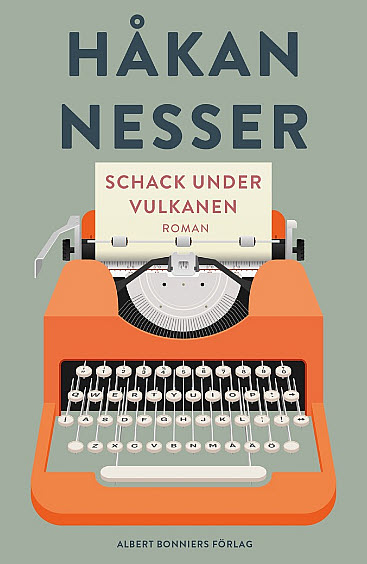 The Last Days and Death of a Scribe

“Detective inspector Gunnar Barbarotti is back in the seventh installment of the Barbarotti series, reported to have sold as many as 1 million copies.

“‘A Writer’s Last Days and Death’ is the title of an unfinished short manuscript by the almost successful author Franz J Lunde. The text appears to be an eerie description of Lunde’s own experiences during the autumn of 2019, and after making the rounds, the manuscript lands on Gunnar Barbarotti’s table.” 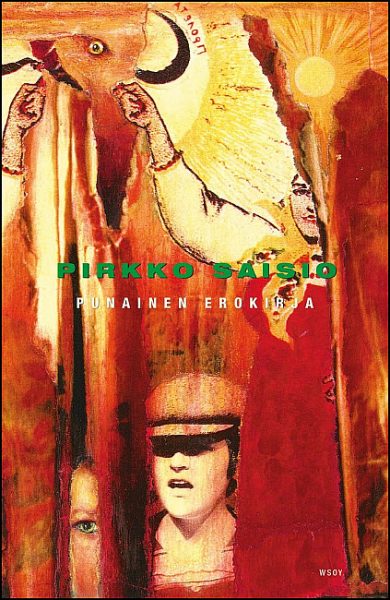 “Pirkko Saisio is a true cultural icon in Finland. As De Geus’ editor Jacoba Casier has said, “Her style and composition are so personal and original, and the subjects she touches—feminism, class, gender, sexuality—and the way she treats them is of an overwhelming sharpness and relevance in our current times.

“We can only admire her talent, her courage, her intelligence, and her literary value. This is an author who urgently deserves to be published and read by as many readers as possible.” 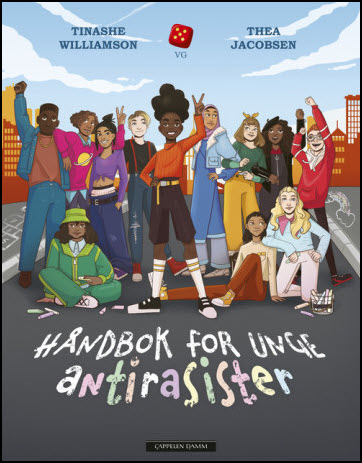 “Handbook for Young Antiracists by Tinashe Willamson with Thea Jacobsen’s illustrations puts the spotlight on the important topic of racism.

“In 10 chapters and with 10 fictional characters, Williamson answers questions about what racism really is, why representation is important, and what you can do if someone is discriminated against because of the color of their skin.

“Racism is a complicated topic for grownups to navigate, and many find it hard to talk to their children about it.” This book offers a starting point for the conversation. 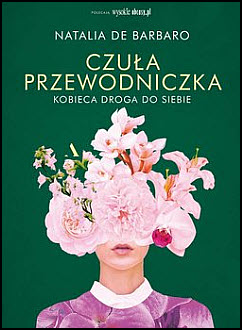 “This book is all about finding a route back into our inner core truth. Trapped in roles imposed on us by customs and communities, we’re afraid to break out of this cursed, vicious circle. We choose stagnation instead of rejection.

“Personal and professional development are not all about avoiding mistakes. Natalia de Barbaro’s book will help you see how to wisely make use of female intuition and rediscover your own inner ‘kind companion.’ 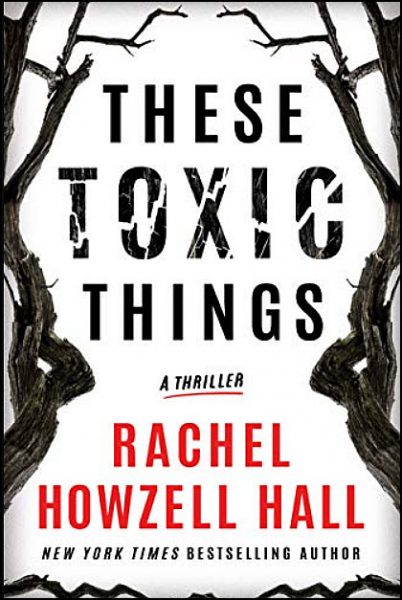 This is “the latest suspense novel from Rachel Howzell Hall, a New York Times bestselling author and nominee of an Anthony, ITW award, and Lefty Award. These Toxic Things has had starred reviews from Booklist and Publishers Weekly, as well as reviews in NPR, the Los Angeles Times, and the Guardian. It was also selected for People Magazine’s Best Books of Fall list .

“Mickie Lambert creates ‘digital scrapbooks’ for clients, ensuring that precious souvenirs aren’t forgotten or lost. When her latest client, curio shop owner Nadia Denham, dies in an apparent suicide, Mickie honors the old woman’s last wish and begins curating her peculiar objets d’art. A music box, a hair clip, a key chain. But these tokens mean a lot to someone else, too. Mickie has been receiving threatening messages to leave Nadia’s past alone.”