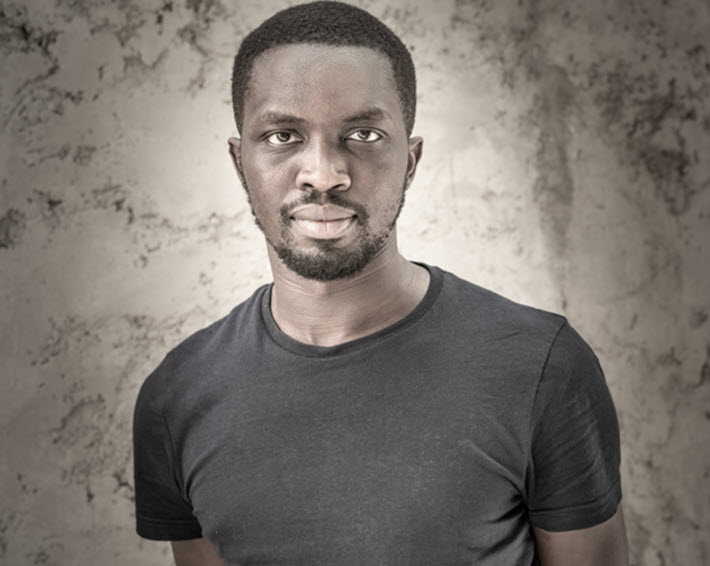 Editor’s Note: Close on the heels of the Prix Goncourt’s announcement, the Booker Prize for Fiction is to announce its winner tonight (November 3). Our coverage of the shortlist is here and the winner ceremony is here. —Porter Anderson

Sarr published his first two novels with France’s Présence Africaine, which has published African authors since 1949. Those books are Terre Ceinte (Brotherhood) and Silence du Choeur (Silence of the Choir).

His third novel, De purs hommes (Real Men) was the beginning of his collaboration with Philippe Rey, which co-publishes with the Dakar-based publishing enterprise Éditions Jimsaan, founded by the writers Boubacar Boris Diop, Nafissatou Dia, and Felwine Sarr (no relation).

It was important to Mohamed Mbougar Sarr that his books be available in Senegal and other African countries at an affordable price.

La plus secrète mémoire des hommes is described by the Books and More Agency—which handles foreign rights for Philippe Rey—as “An impressive coming-of-age novel and a gripping investigation into the life of a mysterious author.

“In 2018, Diégane Latyr Faye, a young Senegalese writer, discovers a legendary book in Paris, published in 1938 and entitled Le labyrinthe de l’inhumain (The Maze of Inhumanity). No one knows what happened to the author, once referred to as ‘the black Rimbaud’ after his book created a scandal. Diégane is fascinated and decides to look for the mysterious T.C. Elimane.”

“The black Rimbaud” really did exist and was the inspiration for Sarr’s novel. The Malian writer Yambo Ouologuem—once compared to the 19th-century French poet Rimbaud—was only 28 when he won the 1968 Prix Renaudot (Sarr’s book was on the 2021 Renaudot longlist) for his novel Le Devoir de Violence (Bound to Violence), published by Seuil.

The book was hailed as a masterpiece at first, but four years later Ouologuem was accused of plagiarism and was shunned by the African intelligentsia and French media. He returned to Mali, retired from public life, and remained silent until his death in 2017. Since the accusations of plagiarism, a number of intellectuals and publishers have come to Ouologuem’s defense, calling for the author’s name to be cleared. In a recent interview with the young publishing venture, La Kainfristanaise, Sarr said his novel was a way of circling back to Ouloguem’s book, and that it is dedicated to him.

According to Philippe Rey, the initial print run for La plus secrète mémoire des hommes, which was released in late August, was 5,000 copies.

The book made its way onto the longlists of no fewer than nine literary prizes, including the Prix Goncourt, the Goncourt des Lycéens, the Renaudot, and the Femina, and to date has sold 30,000 copies in France and surrounding Francophone territories.

With the Goncourt, Philippe Rey will be printing an additional 300,000 copies.

Although the winner receives only a symbolic €10 (US$11.50) for the Prix Goncourt, sales are considerably boosted and can reach upward of 500,000 copies. By July 2021, Hervé Letellier’s L’Anomalie, which won the 2020 Prix Goncourt, had sold 1 million copies.

Marie Lannurien at Books and More Agency has already sold rights, she says, to most European countries and expects to “easily” reach 30 as she begins to negotiate with Asian publishers.

Judith Gurewich at Other Press snapped up world English rights in a pre-empt, similar to the moves made by a number of European publishers in other languages.

Rights were sold at auction to many countries, with Hanser Verlag coming in for Germany at a six-figure deal, said Lannurien. Currently there are five offers in from publishers in Turkey and a pre-emptive offer from China, which has yet to be accepted. Lannurien is going to be busy.

Here are the reported rights sales and auctions (some still incomplete) to date:

For the African continent, there is no local print run. The Philippe Rey edition with the Jimsaan partnership will be distributed.

“We have applied a discount for bookshops on the continent. The book should be sold at around 9,000 CFA francs (US$16), under the psychological barrier of 10,000 CFA. We did the same thing for De purs hommes and it sold well.

“La plus secrète mémoire des hommes is 459 pages long. It’s an accessible price within the book-buying culture. People will buy it.”

Sarr added that in the future he plans to print locally in Senegal.

Raphael Thierry, who heads the Africa bureau at the Astier-Pécher Agency, also sells foreign rights for the publisher Présence Africaine. Sarr’s Terre Ceinte has already appeared with Europa Editions and Edizioni E/O, and the latter has acquired the rights to Silence du Choeur.

The Astier-Pécher agency also represents the estate of Yambo Ouologuem, should interest arise in the late author’s Le Devoir de Violence on the heels of Sarr’s success.

The past year has been good for authors from the African continent and from Senegal, in particular:

The 2021 Booker Prize will be announced tonight (November 3). Bets are on the South African novelist Damon Galgut for his book The Promise, and the Somali-born Nadifa Mohamed is in the running as well with The Fortune Men.

More from Publishing Perspectives on the Booker Prize for Fiction is here. And more from us on awards programs in general is here. More on the Prix Goncourt is here.