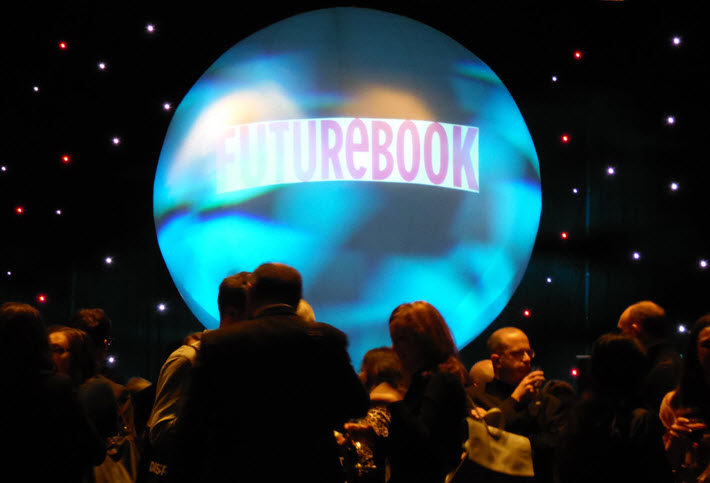 This year’s FutureBook conference in London will seat 350 delegates in live session at 155 Bishopsgate, while others view a live stream. 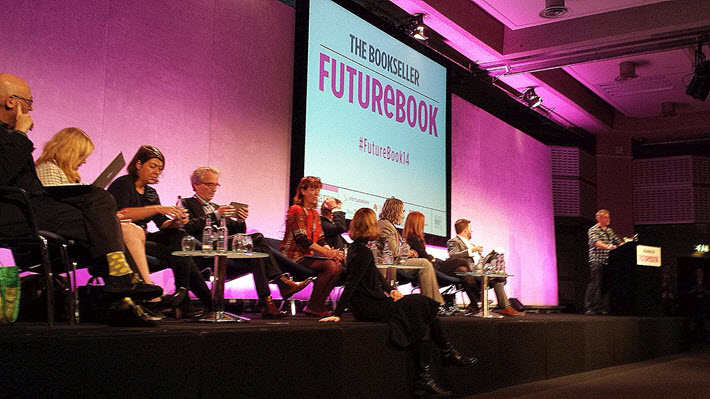 The ‘Big Ideas’ closing session of the 2014 FutureBook conference, which was held at Westminster’s QEII Centre. Image: Porter Anderson

Annually the largest one-day professional publishing conference event in Europe and the United Kingdom, The Bookseller’s FutureBook arrives on November 19 as a physical event strictly limited to 350 in-person delegates, streamed to a wider audience of online viewers.

Philip Jones, Emma Lowe, and their associates at The Bookseller also have smartly stopped short of driving the car right on over those cliffs that have siren-ed so many international publishing events into broadening their footprints on your calendar.

FutureBook 2020 was hardly alone in being digitally—and deftly—delivered over multiple days, as we reported. If anything, FutureBook’s video presentations have been among the best in the business, rivaling the quality of the BBC-supported programs the Booker Foundation has been presenting in the awards sector.

The extensive labor that goes into such efforts—the workload is not “virtual”—was rewarded with a 1,530-person viewership for last year’s all-digital FutureBook. Those viewers were in at least 20 countries, with some 100 speakers making appearances.

But many other programs, unable to be staged physically, have opted to play out their digital programming over more and more days and even weeks, the high (or low) points of this trend being this year’s digital evocations of London Book Fair and Bologna Children’s Book Fair. It’s understood better now by many in the industry that digital event fatigue is a real thing, not least because when you’re trying to keep up with book fair or conference proceedings from your office, your daily life and your office’s demands mount serious competition to what’s on the screen.

The FutureBook decision to return to a single day delivered live and simultaneously streamed, then, is a wise move by Jones and company and many are looking forward to this year’s return, at least for a good portion of the delegates, to London’s attractive 155 Bishopsgate complex. The program begins at 9 a.m. GMT / 10 a.m. CET / 12 p.m. GST / 5 a.m. ET, with the seven FutureBook Awards to be announced starting at 5 p.m. GMT.

Two categories in those awards are new and timely: “Discover” and “Sustainability.” And the programming’s traditional trifurcation (yes, that’s a word) follows along with those two new award categories. The “Discover” strand’s exploration is focused on under-represented voices in publishing, the general realm of discussion frequently referred to as diversity, equity, and inclusivity. And the “Sustainability” strand is about examining book publishing and its environment.

The central and plenary strand is focused on “how the sector emerges from the coronavirus COVID-19 pandemic,” highlighting “trends and lessons learned.” 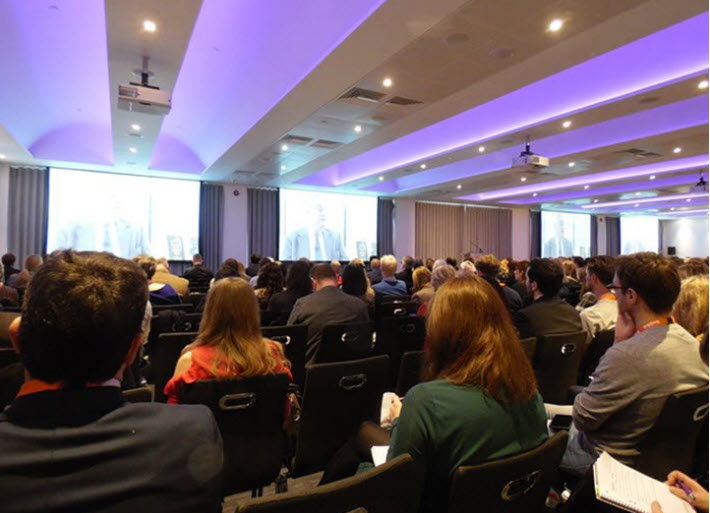 At the 2017 FutureBook at 155 Bishopsgate. Image: Publishing Perspectives, Porter Anderson 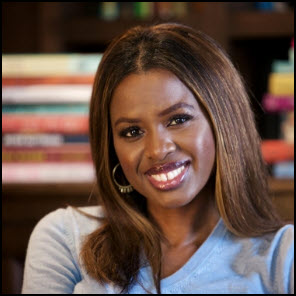 Long a conference that features multiple keynotes, FutureBook 2021 opens with four such events:

As has become the custom in recent FutureBook outings, there’s a fifth “creative keynote” at the end of the day just before the awards announcements, this time with June Sarpong, a television presenter, author, and specialist in diversity. 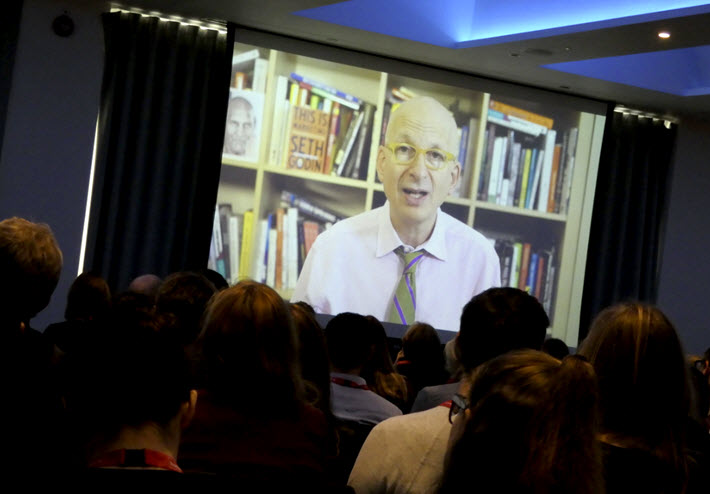 To really get the contours of the programming, have a look at the day’s schedule. We’ll just touch on some key folks of interest here in what turns out to be a lineup rich with new voices but also with some of the canniest observers the show has offered in the past. 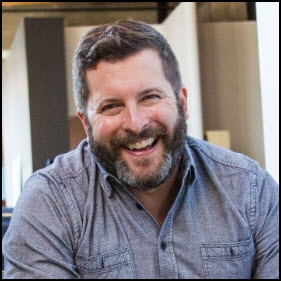 Here’s Rakuten Kobo CEO Michael Tamblyn, who holds what may be the record for the funniest FutureBook keynote ever delivered when in 2013 he described his company’s effort to find and remove self-published pornography that had come between Kobo and WHSmith. This time, Tamblyn is with Canelo co-founder Michael Bhaskar (who, also in 2013, told the audience, “Don’t believe the crap” about publishers). And Chiki Sarkar from India’s Juggernaut Books is part of the discussion, too, in the main stream at 11 a.m. GMT. Their topic is digital publishing and how things look a decade or so after the main push reached book publishing.

Our colleague from The Guardian Alison Flood chairs a panel at the same hour in the second stream with Amanda Ridout, founder and CEO of the still-young Boldwood Books. 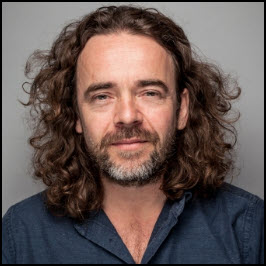 The gifted agent-publisher Crystal Mahey-Morgan—her company is Own It—speaks with the perennially insightful Jamie Byng, CEO and publisher of Canongate, and the social content creator Toni Tone at noon GMT.

A new demographic overview in ebooks is scheduled for 1 p.m. from BookBub’s Melissa Elders. That’s part of a set of lunchtime “case studies,” as sponsored segments are frequently termed in the trade’s events. 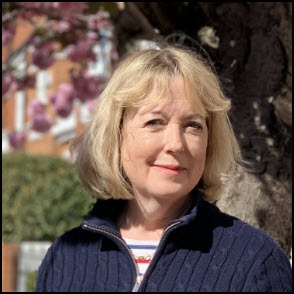 At 2 p.m., Miriam Robinson–watch to see which conference shoes she wears this year–will lead a conversation on using prizes effectively. Those of us who cover the deep forest of awards programs in publishing and books may be especially interested in this one.

Robinson will have with her several reps–from the Republic of Consciousness Prize, the White Review Short Story Prize, the Jhalek Prize, and the Women’s Prize for Fiction. 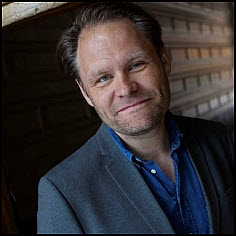 At the same hour, Jones will speak with Bonnier’s Håkan Rudels on “The View From Overseas.

That session also is to feature Booktopia’s Tony Nash.

At 3 p.m., the articulate Molly Flatt, current associate editor of FutureBook, talks about festivals with several folks who stage them, while a series of “audio success stories” (the failures might be cool to hear about, too) will be reviewed in another session. 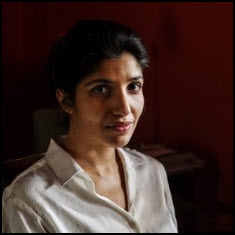 At 4 p.m., Bookwire’s Videl Bar-Kar and Eric Baroletti will talk about the company’s coming NFT platform, which seems to have been named “Creatokia.” Robinson will be back with a conversation about engaging readers, and something—as yet not showing up on the schedule—is expected on the subject of “publishing utopias.” Maybe there’s a reason there are no details on that one.

For a look at the shortlists in the FutureBook Awards this year, see this page.

For a rundown of all the speakers, see this page.

The show’s sponsors are on this page.

And tickets are available at this page. Bookseller subscriber pricing runs from £317 to £349 for live-event seats at Bishopsgate and £130 for online viewing. For non-subscribers, the in-person event runs from £335 to £370, with an online price of £195.