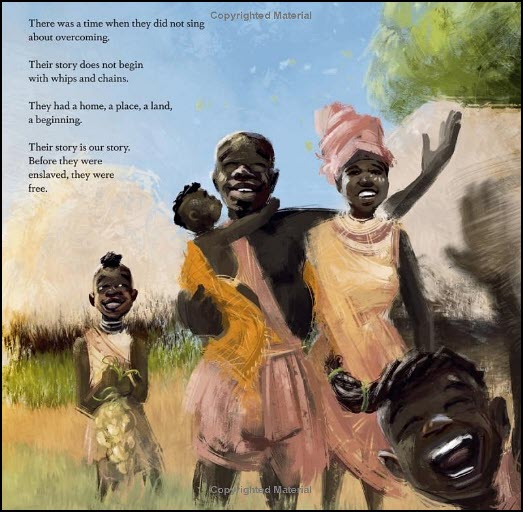 The controversial ‘1619 Project’ is coming out with two books from Penguin Random House as American publishing explores its place in the nation’s political fray. 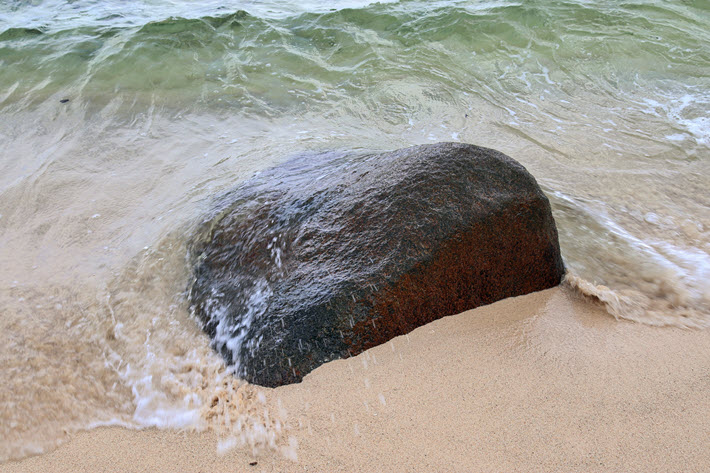 ‘The 1619 Project’ has drawn fire from the political right for its assertion that American history can be dated to 1619 when the first enslaved Africans stepped off a ship on the coast of Virginia. Image – Getty iStockphoto: Michael Piepgras

Some members of Publishing Perspectives‘ international readership may not be familiar with The 1619 Project. It’s an example of long-form journalism that premiered in August 2019 in The New York Times Magazine and was timed to the 400th anniversary of the arrival of the first enslaved Africans in the American colony of Virginia. 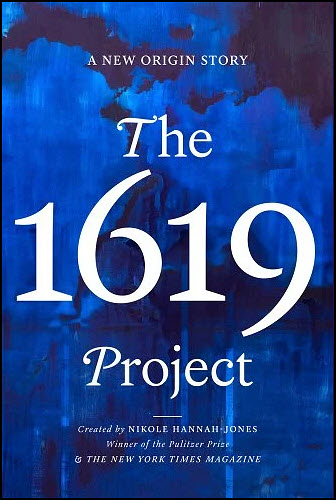 Those slaves, reportedly more than 20, were sold to the Virginian English colonists. As The 1619 Project’s opening text puts it, “No aspect of the country that would be formed” as the United States “has been untouched by the years of slavery that followed.” And what follows is an evocation of American history that begins not in 1776 but in 1619 when that ship arrived at Point Comfort, Virginia.

On November 16, a week from today (November 9), Penguin Random House’s One World will release two books that expand on the project’s message and content: The 1619 Project: A New Origin Story and The 1619 Project: Born on the Water, the latter a middle-grade children’s book by Nikole Hannah-Jones, Renée Watson, and illustrator Nikkolas Smith. Penguin Random House has created a site for the project’s books, including an extensive listings of events planned around the release and a high-school teachers’ guide. 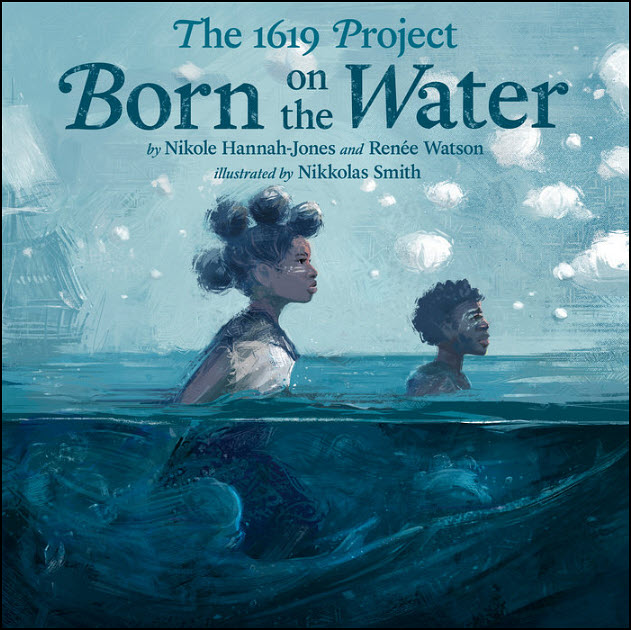 “The goal of The 1619 Project,” according to its introductory text, “is to reframe American history by considering what it would mean to regard 1619 as our nation’s birth year. Doing so requires us to place the consequences of slavery and the contributions of black Americans at the very center of the story we tell ourselves about who we are as a country.”

In May 2020, Nikole Hannah-Jones was named the winner of the Pulitzer Prize for Commentary as the creator of The 1619 Project.  The Pulitzer recognition specifically honored Hannah-Jones’ essay Our democracy’s ideals were false when they were written. Black Americans have fought to make them true. And the write-up on her work went on to call the project itself “a groundbreaking look at the impact of slavery 400 years after the first slaves arrived in what would become the United States.”

At the heart of the project’s assertion is the self-evident truth that even as Jefferson wrote in the 1776 American Declaration of Independence that “all men are created equal,” there clearly were people who were not considered in any way equal to others in the nascent republic. Myriad inequalities, both real and perceived, are actually integral to the American experiment. 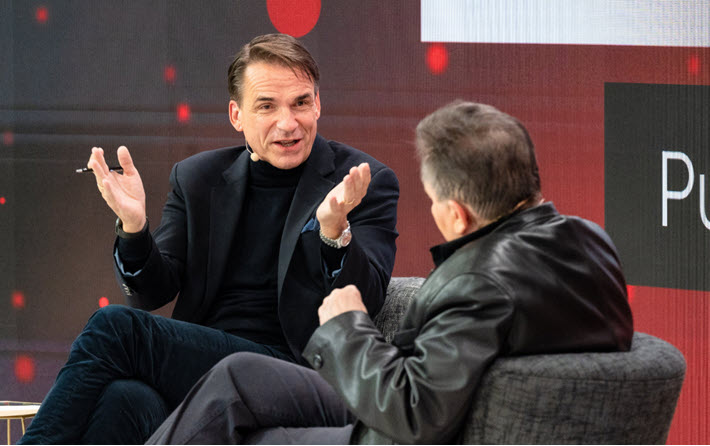 The The 1619 Project‘s forthcoming book publications are quickly becoming a focus of social and political activity, particularly through programs developed to let consumers donate copies of the work for use in educational and other settings.

This is a reflection of what Penguin Random House worldwide CEO Markus Dohle was talking about on October 20 when he gave an exclusive interview to Publishing Perspectives to inaugurate Frankfurter Buchmesse’s production facility, Frankfurt Studio.

“We know from psychology,” Dohle said, “that immersing yourself into complex stories—particularly into complex characters—helps you to put yourself into other people’s shoes. It helps you to actually see the world from other points of view, and we know it creates empathy and human values, especially in young people. That’s what the world needs right now if we want to help defend our democracy, based on human values.

“Let’s get all kids reading in long-form, and I think we can make a good contribution to help our democracy, as we’ve enjoyed it for the last 75 years after World War II, to survive. I truly believe in the value of publishing but also in our responsibility to help our society, to come together and to heal from what has become a really, really polarized world.”

Until the 16th, for every copy of The 1619 Project or Born on the Water preordered, Penguin Random House will donate a book, up to 2,500 copies, to the African American Cultural Heritage Action Fund, a program of the National Trust for Historic Preservation.

And Andy Hunter, the founder of Bookshop.org (which channels online book purchases through independent bookstores), has announced that the company in cooperation with One World is facilitating a donation program in which consumers can buy and donate copies of The 1619 Project to donate to schools, organizations, and institutions.

“At a time when teaching people about the history of race and racism in America is so contentious,” Hunter writes to members of the news media, “laws restricting curriculums are being passed, and books (and even words or phrases) are being banned in some states, it is essential that we help get this groundbreaking book out in the world.”

An illustration and text from ‘The 1619 Project: Born on the Water’ by Nikole Hannah-Jones and Renée Watson will illustrations by Nikkolas Smith. The text on this page reads, in part, ‘There was a time when they did not sing about overcoming. Their story does not begin with whips and chains. They had a home, a place, a land, a beginning.’ Image: Penguin Random House / One World

Unsurprisingly, reception of The 1619 Project in a politically polarized United States has been uneven at best and has generated a sharp right-wing objection to its evocation of the place of slavery and racism in American history.

While still in office a year ago, Donald Trump created a “1776 Commission” the purpose of which was to mount an opposing response to the project. That effort was shut down on January 20 by the incoming president, Joe Biden.

Sen. Tom Cotton, Republican of Arkansas, in July 2020, proposed a “Saving American History Act,” which would cut off federal funds to schools teaching curriculum related to The 1619 Project. by October 2020, the conservative National Association of Scholars would be calling on the Pulitzer board to rescind Hannah-Jones’ award, reportedly because of the project’s assertion that protection of the slave trade was a motive for some in the American Revolution. 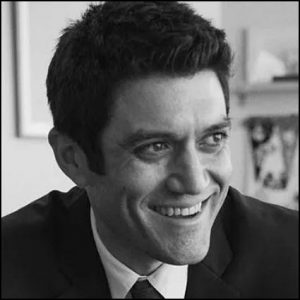 Today (November 9), New York Times Magazine editor-in-chief Jake Silverstein has published an essential new assessment of The 1619 Project and reactions to it, ahead of next week’s release of the work as a book produced by Penguin Random House. In explaining the core concept of the work–that the arrival of the first enslaved Africans in the American colonies can be considered the country’s origin–Silverstein writes, “Enslavement is not marginal to the history of the United States; it is inextricable.

“So many of our traditions and institutions were shaped by slavery, and so many of our persistent racial inequalities stem from its enduring legacy. Identifying the start of such a vast and complex system is a somewhat symbolic act. It was not until the late 1600s that slavery became codified with new laws in various colonies that firmly established the institution’s racial basis and dehumanizing structure. 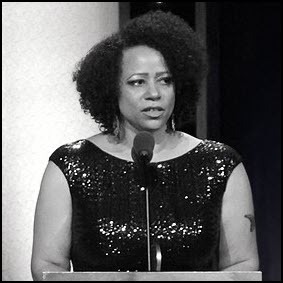 “But the argument for 1619 as our origin point goes beyond the centrality of slavery; 1619 was also the year that a heroic and generative process commenced, one by which enslaved Africans and their free descendants would profoundly alter the direction and character of the country, having an impact on everything from politics to popular culture. ”

And Silverstein doesn’t shy from the timing that lies behind so much of the emotion around The 1619 Project, writing, “Almost immediately, present and past converged: 2020 seemed to be offering a demonstration of The 1619 Project’s themes. The racial disparities in COVID infections and deaths made painfully apparent the ongoing inequalities that the project had highlighted. Then, in May, a Minneapolis police officer murdered George Floyd, and decades of pent-up frustration erupted in what is believed to be the largest protest movement in American history. In demonstrations around the country, we saw the language and ideas of the 1619 Project on cardboard signs amid huge crowds of mostly peaceful protesters gathering in cities and small towns.” 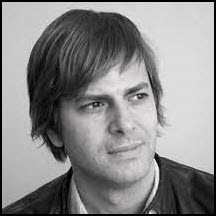 In the announcement from Hunter of Bookshop.org’s facilitation of a donation program for the book, Hannah-Jones is quoted, saying, “When we first announced the publication date for the book version of The 1619 Project, an organic movement rose up of individuals offering to purchase copies for educators and educational organizations. Inspired by that effort, as well as campaigns across the country to suppress the teaching of the project, we thought it would be amazing to create a larger campaign that would allow more people to give books and get them into the hands of an even larger number of people in need.

“Our ‘donate a copy’ campaign in partnership with Bookshop.org will connect donors with educators, libraries, and organizations while simultaneously supporting independent bookstores. We are very grateful that readers are excited to donate The 1619 Project to people who otherwise would not have access to a copy.”

And Hunter points out that 15 percent of the bookstores cooperating with Bookshop.org are Black-owned and -managed, identified on the donation page’s area in which consumers select a bookstore to benefit.

“The historic publication of The 1619 Project: A New Origin Story,” Hunter says, “will become a fundamental part of reshaping our nation’s past, present, and future. Bookstores play a crucial role in ensuring stories such as these live on within our communities.”

The Bookshop.org donation program for The 1619 Project is timed to run through January 31.