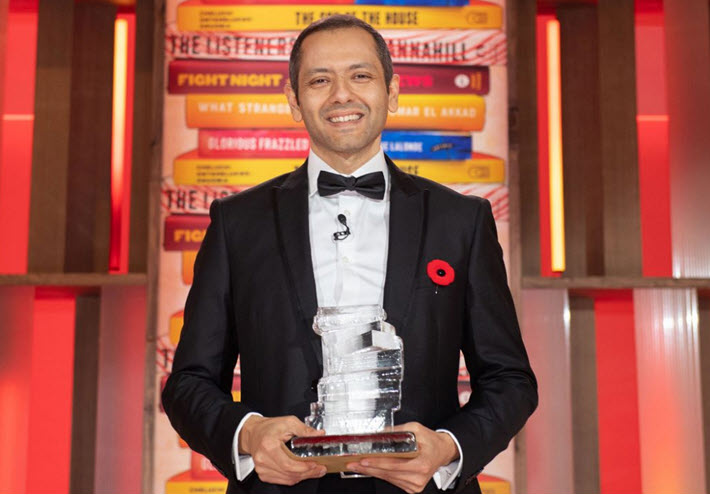 Jury: ‘At Once Unflinching and Tender’

It’s a good week for the journalist and author Omar El Akkad, who has won the Canadian Scotiabank Giller Prize and has been longlisted for the Aspen Institute’s growingly influential Aspen Words Literary Prize.

El Akkad’s winning What Strange Paradise is a July release from Penguin Random House’s Alfred A. Knopf (in Canada, he’s published by Penguin Random House Canada’s McClelland & Stewart). His acclaimed debut, American War (Knopf, 2018) reportedly has been sold into 13 languages and territories. Cairo-born and raised in Doha, El Akkad has lived in Canada, went to high school in Montreal and studied at Kingston’s Queen’s University. He now is based in Portland, Oregon, in the States.

In an interview with CBC’s Tom Power, El Akkad—whose work as a journalist, formerly with The Globe and Mail, has included work in Afghanistan and Guantanamo Bay—says that American War is “in terms of intent and theme is a very similar book but in every other way is a very different book. It’s a kitchen-sink book, there’s a lot going on. It had some success. It didn’t sell millions of copies but it had some success. 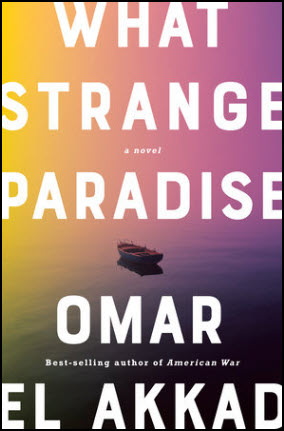 “And so, I think the natural expectation was that I’d write American War II. And instead, I ended up writing this very quiet, very short book that went in a very different direction. There were a lot of people who had absolutely no faith in it.”

His Canadian and New York editors, however, he says, had faith in What Strange Paradise. Despite their enthusiasm, El Akkad says he had few hopes for the new book gaining traction.

In a kind of parallel to some of the commentary we have this week from Abdulrazak Gurnah, the 2021 Nobel Prize in Literature laureate, El Akkad talks of being “a guest on someone else’s land since I was about 5 years old. For folks like us, the lure of being able to move into a fictional world where you can move the contours of the map in whatever direction you want to fit the contours of your experience is a magnetic thing.”

He calls storytelling “home” since the age of 6 when he wrote a story.

“Amid all the anger and confusion surrounding the global refugee crisis, Omar El Akkad’s What Strange Paradise paints a portrait of displacement and belonging that is at once unflinching and tender.

“In examining the confluence of war, migration, and a sense of settlement, it raises questions of indifference and powerlessness and, ultimately, offers clues as to how we might reach out empathetically in a divided world.” 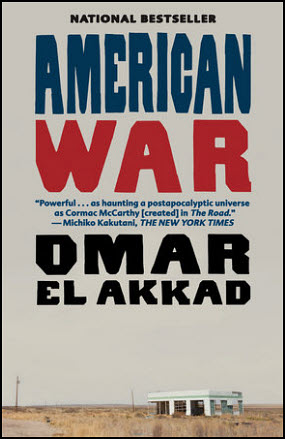 El-Akkad’s colleagues on the Scotiabank Giller shortlist this year are:

The announcement was made at a black-tie dinner and award ceremony hosted by poet, artist and performer Rupi Kaur and Canadian actor Paul Sun-Hyung Lee, and attended by about 200 members of the publishing, media, and arts communities. The gala was broadcast live commercial-free, sponsored by Scotia Wealth Management on CBC, CBC Radio One and streamed live on CBC Gem and CBCBooks.ca.

The Scotiabank Giller Prize is in its 28th cycle.

We’ll embed the video from the ceremony for you here.

More from Publishing Perspectives on publishing and book awards is here, more on the Canadian market is here, and more on the Scotiabank Giller Prize is here.