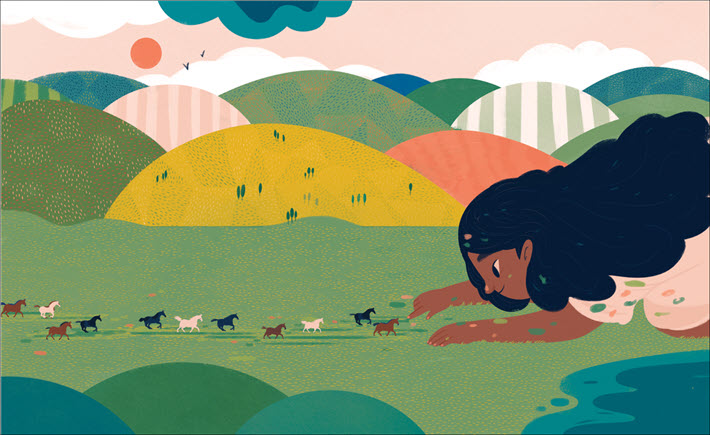 At the upcoming Guadalajara International Book Fair, the Bologna Children’s Book Fair stages programming aimed at illustrators and has a stand with exhibitions. 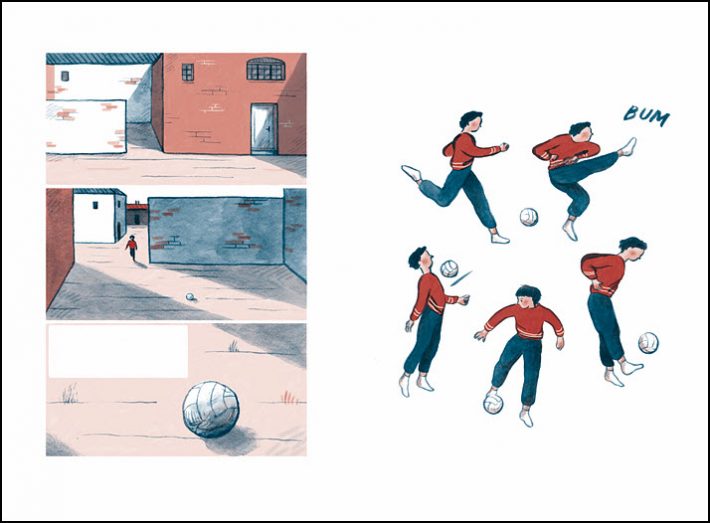 ‘Doppio passo,’ or ‘DoubleStep,’ a work by Veronica Truttero in the ‘Italian Excellence’ illustration exhibition that will be seen as part of the Bologna Children’s Book Fair stand’s presentation at the Guadalajara International Book Fair. Image: BCBF

When publishing’s trade shows exhibit their work at their sister book fairs, they call it a “grand tour”–or so Bologna Children’s Book Fair does.

The point here, of course, is to display the offerings of Bologna itself, which is scheduled now for March 21 to 24.

Bologna will have a stand at Guadalajara (No. LL1), and several events are in place at Guadalajara for this round of the Italian exhibition. All times listed here are local to Guadalajara in the Central time zone. They include two gatherings on the Wednesday of the fair in Mexico: 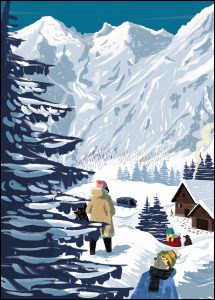 As in each of its exhibition tour stops, Bologna plans to have an “Illustrators’ Survival Corner” running November 29 to December 1.

In this event, illustrators have a schedule of workshops, portfolio reviews, and career question-and-answer sessions with guests including Cecilia Flegenheimer of Mondadori and Solin Sekkur, the Mexican illustrator whose work is seen in Bologna’s 2022 livery.

Additional illustrators speaking in the “Survival Corner” program include Sarah Mazzetti, winner of the 2019 International Award for Illustration at Bologna, and Marianna Coppo, who is one of 20 illustrators chosen in the “Italian Excellence” cycle of recognition.

The Bologna show has made a practice of touring various exhibitions of illustrators’ work to various parts of the international marketplace and features several of these as part of its programming for book fairs. You can find more about them here. 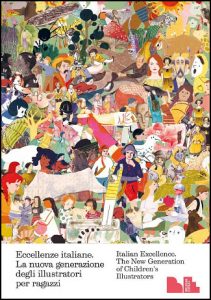 “Italian Excellence: The New Generation of Children’s Illustrators,” one of the touring collections of work the show sends around in cooperation with the Emilia-Romagna regional administration and the ministry of foreign affairs and international cooperation. It’s curated by the Giannino Stoppani Cooperative/Accademia Drosselmeier.

“Jackets Off” is a collection of artwork aimed at the general publishing arena, following the development of book cover design with work selected by”

“Growing Young Readers: IBBY Italy 2021 Honor List” is a roster of illustrators and authors nominated from Italy for the International Board on Books for Young People’s annual promotion. The Bologna stand will feature all 70 titles on the IBBY list. “The collection,” organizers tell us, “delivers an ideal library, highlighting both new and established writers, while promoting writing and illustration and spanning a wide variety of narrative forms. These include: picture books, short stories, novels, theatrical writing, poetry, nonfiction, and graphic novels. There will be a program of guided tours.”

The International Award for Illustration retrospective is a selection of winning illustrations from a decade of the program’s competition, featuring the work of illustrators younger than 35. Bologna organizers like to accompany this with a “conference”–normally a panel discussion of some two hours, not a full multi-session conference as the term is used in most trade shows. The focus this time is to be on the work of Sarah Mazzetti and Philip Giordono.

More about Bologna’s programming for Guadalajara can be found on its site here.

‘My Friend Earth’ by Francesca Sanna, a work in the ‘Italian Excellence’ exhibition that will be seen as part of the Bologna Children’s Book Fair stand’s presentation at the Guadalajara International Book Fair. Image: BCBF