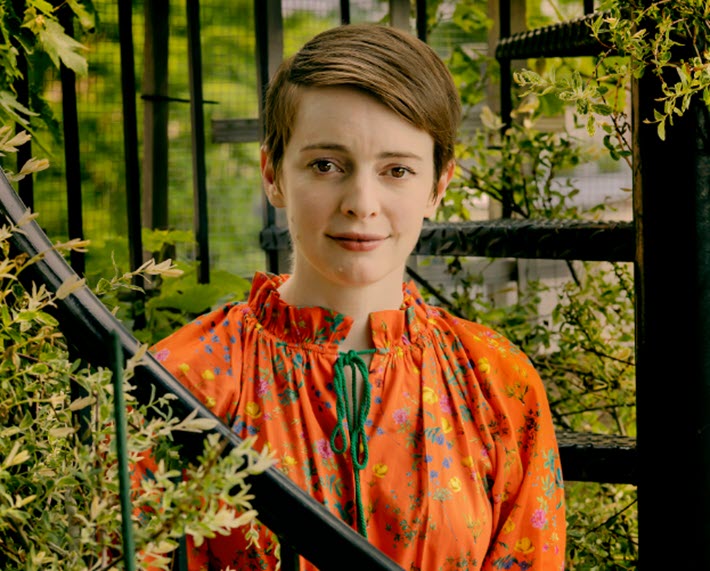 Emily St. John Mandel’s ‘Station Eleven’ premieres in its HBO Max adaptation. Her new ‘Sea of Tranquility’ is set for April from Knopf. 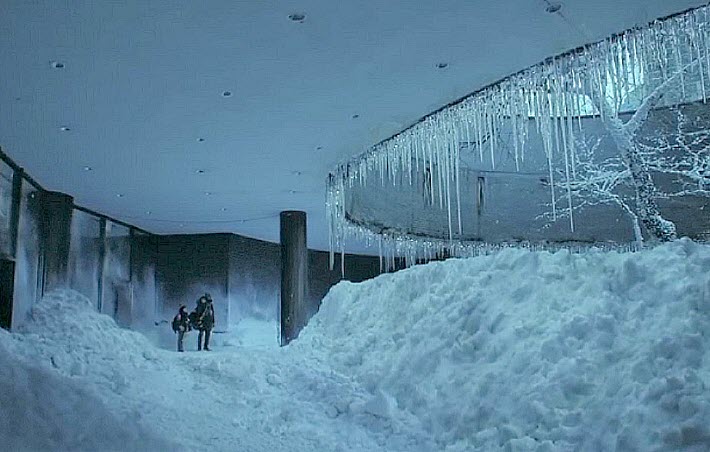 When Emily St. John Mandel’s Station Eleven was published by Knopf in the autumn of 2014, it went right to the hearts of many readers. Spurred by clever marketing work both in New York and at Picador in England, Shakespeare in the Park audiences were reading excerpts as bookstores in London set up “Museums of Civilization” in their windows and invited consumers to contribute what they felt should be displayed. 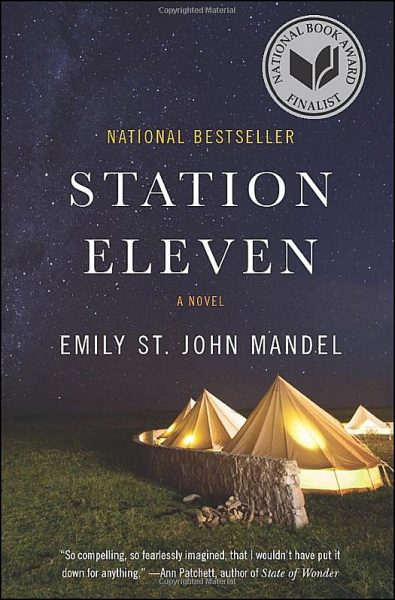 Station Eleven had been released more than five years before the first inklings of the coronavirus COVID-19 pandemic surfaced. In fact, the ebola outbreak of that fall sent chills through readers who read Mandel’s tale of an actor’s collapse onstage during King Lear—the first hint that a fictional Toronto was in the grip of a lethal flu, originating in the Republic of Georgia.

Mandel’s pandemic would alter everything even more deeply than COVID-19 has changed us. But early in the book, she wrote about a hospital admitting more than 200 patients in a day, “beds parked in hallways.” So many newly eerie moments are in that book.

And when the tents of a field hospital were set up in Central Park in late March 2020, a reader sent a note to Mandel, commenting on how in the twilight, the glowing tents reminded him of the American Knopf cover art for Station Eleven. 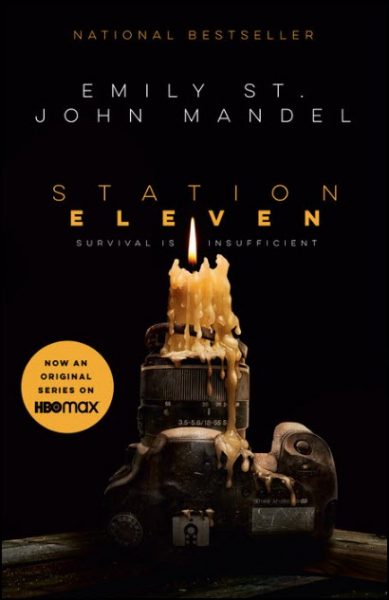 We were on our way into an experience darkly resonant of Mandel’s “hell is flutes” evocation of a wandering troupe of actors and musicians in a post-pandemic landscape, although the relentless political fury of our present reality has pushed the true story of today’s virus in a different direction from the aching, humane appreciation that Mandel had captured.

Now, jump over to the Penguin Random House/Knopf page for Station Eleven, and a new cover awaits you. It’s a tie-in edition for the Patrick Somerville adaptation of the book as a television series, coming to HBO Max on December 16.

The Paramount production was ordered in the summer of 2019 and filming began in January 2020. Because of the coronavirus–the real pathogen intruding on the fictional one–the production reportedly was moved to Mississauga, Ontario, in February of this year, the work finally being finished in July.

The Mandel, originally from Canada, would see her Vancouver Island-set The Glass Hotel, meanwhile, released right into the teeth of the storm, on March 24, 2020.

Mandel: ‘Absolutely True to the Spirit of the Book’ 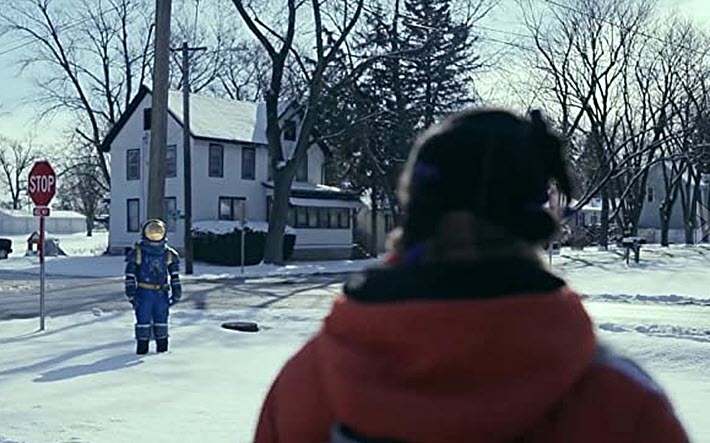 Among many in the industry, Station Eleven‘s success was a testament, in part, to the superb commitment Mandel had made to her craft and her career. She’d steadily gained traction for years, as her books were published by a faithful independent house, Unbridled, before Alfred A. Knopf editor Jenny Jackson was introduced to Mandel’s work by a sales rep, Jason Gobble. 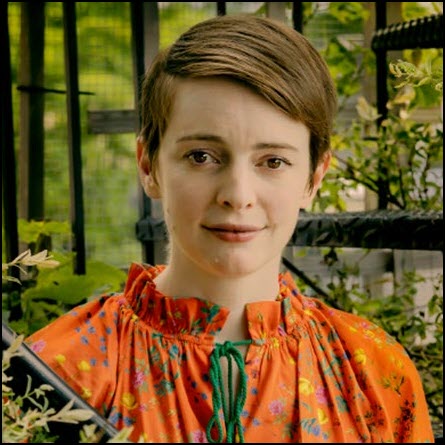 Throughout her years of progress, through Last Night in Montreal, The Lola Quartet, and The Singer’s Gun, Mandel was putting her own resources into her marketing, flying herself to events (including a tour in Australia), making it all stick thanks to a tenacity that belies her quiet voice and delicate features.

“It would be impossible to overstate how much I love the show,” she now tells Publishing Perspectives about the new television adaptation, which is directed by Hiro Murai.

“Some elements of the plot are different,” she says, “but in a way that makes sense to me given that television and novels have different dramatic requirements, and in some fundamental sense I find the show to be absolutely true to the spirit of the book.

“I think Patrick Somerville and his colleagues have created something remarkable. I know some people won’t want to watch a pandemic show just at the moment, but there’s a lot of joy in the adaptation.”

Potentially one of the most challenging dramatic releases coming to television this fall—merely in the fact of its proximity to the contagion—the first trailer predicts a lyrical debut in December, a world blanketed in a beautiful and deathly snowfall, fire, ice, an effort in “trying to remember the sweetness of life on Earth.” It will mean something to those who know the book that Mandel tells us she can’t wait to be able to start flying again. 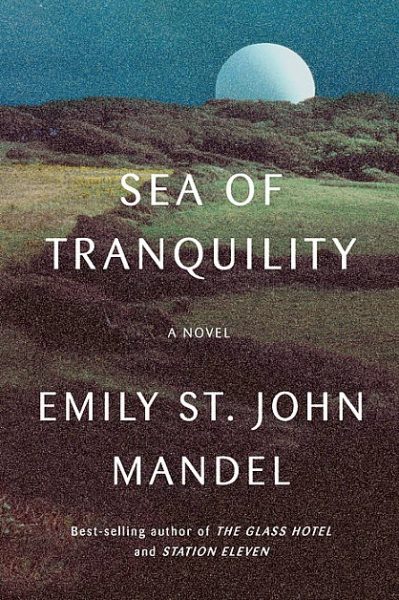 And Mandel is contemplating the forthcoming release on April 5 of her new book, Sea of Tranquility.

“The book has a somewhat unhinged quality,” she tells us, “that I think is absolutely a product of the pandemic. I wrote it in New York City, listening to Max Richter on headphones to drown out the constant ambulance sirens. It was an awful time in almost every sense, and working on the book was one of the things that kept me sane.

“Creatively, there was something unexpectedly liberating about writing under those conditions,”  Mandel says. “It made me kind of thematically reckless—I’m not sure I would’ve written a book about a time traveler, with moon colonies and a sci-fi autofiction section, if I hadn’t had this sense that chaos and death were all around me so I might as well write whatever I want.”

Fans of Richter’s music, by the way, will recall his scoring for The Leftovers television series (2015 to 2017), a moving, haunting project on which Somerville was a writer.

The Rights Record: A ‘Warm Reception’

For today’s Rights Edition, we asked Curtis Brown’s (New York) director of foreign rights, Sarah Perillo, for a look at how Station Eleven has fared in its seven years in terms of international rights. The answer is impressive. 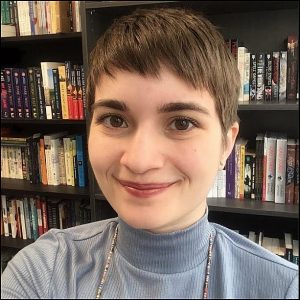 “It’s wonderful to see the warm reception that Station Eleven continues to receive in so many international markets,” Perillo says.

She kindly has kindly provided this historical look at the Station Eleven rights. Where you see an asterisk, it indicates that an agreement in that language or territory is no longer active.

This list—even before the release of the new HBO Max series— is a picture of one successful literary novel on the international stage.

“I’m so excited now for Emily’s brilliant, timeless story to reach new audiences through the TV adaptation,” Perillo says in a note to Publishing Perspectives.

“And I’m confident the show will encourage even more readers to pick up a copy of Station Eleven in any of the dozens of territories in which it’s available—not to mention her new book Sea of Tranquility, out from Knopf next spring–with several translations already in the works.”

More from Publishing Perspectives on international rights trading is here, more on adaptations of books to film and television is here, and our archive of Rights Roundup articles is here.