International Booker Prize-winning translator Jennifer Croft, center, is featured in this weekend’s Festival Neue Literatur. The festival of German-language writings (held in English) is normally limited to its live New York City audiences but this year can be viewed digitally. Image: FNL

‘What Is Ordinary and What Is Strange’

As Publishing Perspectives readers will remember, New York City’s Festival Neue Literatur had barely “turned and faced the strange” in April 2020 when the strange got stranger and they had to postpone to this year, as did so many events in world publishing.

The program did post last year’s translations on its site, but now returns Thursday through Sunday (November 11 through 14) to again bring German-language authors from Austria, Germany, Liechtenstein, and Switzerland to American audiences, with US writers on the bill, as well. Like so many things caught in the viral amber of the coronavirus COVID-19 pandemic, the festival hasn’t aged a day. It’s still the 11th edition and its theme remains “Turn and Face the Strange.”

In terms of participants, writers featured this year are Anna Baar, Isabel Fargo Cole, Judith Keller, Benjamin Quaderer, Sasha Marianna Salzmann, and Ivna Žic. And for the first time in the program’s history, an author from Liechtenstein–that’s Quaderer–joins the lineup.

Translators Jennifer Croft, Katrine Jensen, Tess Lewis, Sawako Nakayasu, Mary Ann Newman, and Peter Wortsman will be participating in the festival’s signature translation event, along with Isabel Fargo Cole and Friedrich Ulfers Prize-winner Jill Schoolman. Croft, as many of our readers will recall, has recently helped lead the new campaign in the United Kingdom to have publishers give book-cover credit to translators as they do to authors.

The books featured this weekend “explore the strangeness, uncanniness, and eeriness that sometimes lurks just beneath the surface of daily life” according to organizers, “and can break out full force in times of change—whether large or small, internal or external, real or imagined, spatial or temporal.

“We start with out-of-body experiences, the loneliness of a con-man in a tiny country, a lost twin, time travel in and out of complicated pasts and no less complicated presents, poisonous bees, a miracle or two, deer-headed intruders, along with a series of far-fetched women—and then things get really strange,” reads the festival’s media messaging. 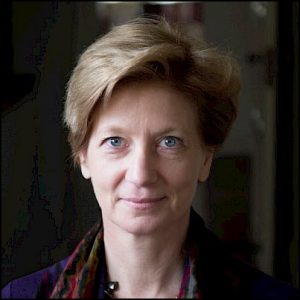 Co-curator of the program Tess Lewis is quoted, saying, “There are certainly more things in heaven and Earth than most of us have dreamt of or ever will.

“The thrill of Festival Neue Literatur is having eight writers challenge and expand our notions of what is ordinary and what is strange.

“When was the last time you looked, really looked, at what you take for granted and at what makes you feel unsettled?”

And Lewis’ colleague, co-curator Alta L. Price says, “Festival Neue Literatur is the country’s only German-language literary festival in English; how obvious and yet odd a proposition that is. 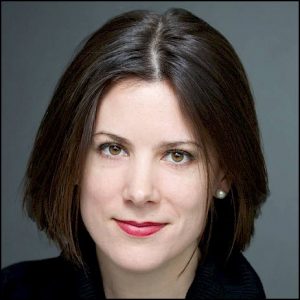 “Sometimes a small change in perspective can bring your world into new focus.

“Previous years’ events have examined cultural clichés—both our own and others’—and this year we’ll keep questioning … doubling down on the excitement of hearing stories from afar and realizing they resonate with our own experiences of what it means to exist right here, right now, in these bodies, and in this society.”

Happily, this year the festival’s events aren’t limited to lucky New Yorkers who can physically get to them.

In the festival’s list of events, you can find the various sessions available. Click on “details” on each listing to determine what’s offered digitally. (The term virtually is questionable in these cases, although many in publishing keep using it. These events are real, the people are real, the transmission is digital. For an example of what’s virtual, see Second Life. And as any of us who have produced these online events can tell you, the workload is anything but virtual.)

All events are free of charge and delivered in English, and you can register to see the show’s 12 events here.

And more from us on the coronavirus COVID-19 pandemic and its impact on publishing is here.