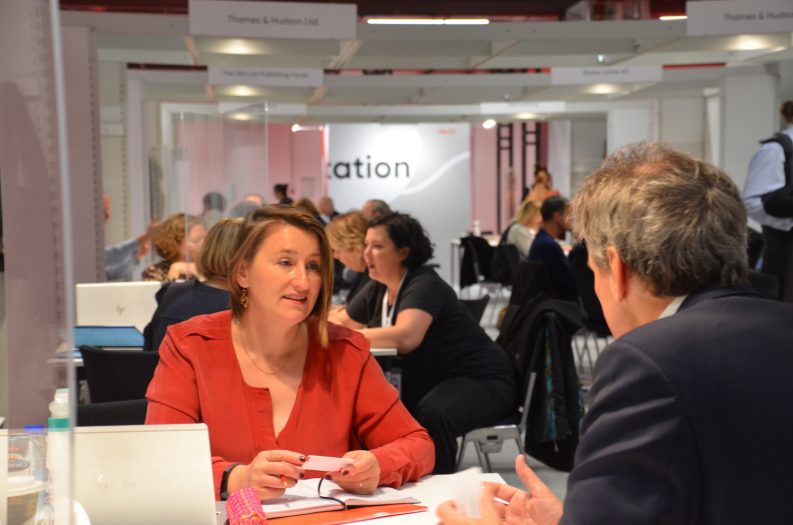 A dedicated contingent of British publishers is at Frankfurt Book Fair, with plenty of meetings in their diaries but also more time to make new connections. 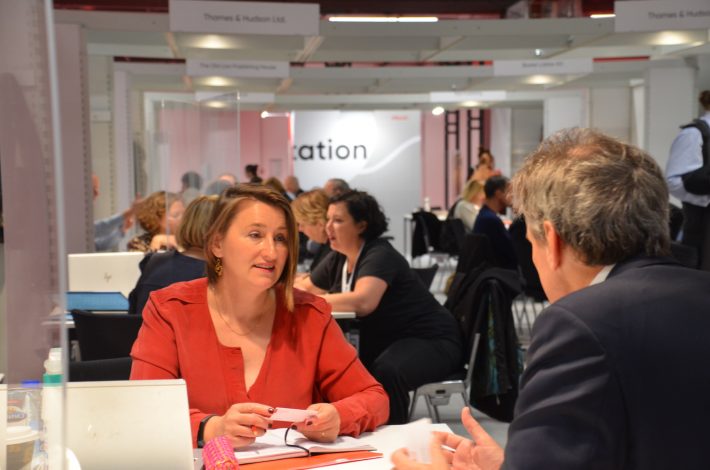 ‘We Wanted To Get Going Again’

British publishers at this year’s physical Frankfurter Buchmesse say they’re pleased to have “put a toe in the water,” as Kate Wilson puts it.

“We had to start somewhere, somehow,” says the founding managing director of the children’s publisher Nosy Crow. “And we’re enjoying getting back into real life. This is our first fair since the pandemic began, and I’m glad to say we’ve been pretty busy.”

As if to underline her words, there are meetings taking place with Luxembourg publisher Kremart and Polish publisher Adamada as she speaks.

“Many of our titles work better when you can physically touch them and see the vibrancy of their colors,” she adds. “We’ll have had around 50 meetings in the two days we’re here, and we’ll have another 270 on Zoom in the next two weeks.

“We only decided to come to Frankfurt 10 days ago, and we just have a basic stand this year,” Wilson says.

“There are notable absences this year—no one from America, although we’re not surprised by that, and not many French publishers. There’s also no one from East Asia, from Korea, China or Japan. But people are pleased to see we’ve made the effort, and we’re glad to be here.”

At London-based Haus Publishing, managing director Harry Hall says, “As soon as they said there would be a physical fair we were determined to be here.

“We wanted to get going again. We knew from the outset that attendance would be low, but quite how low has been a surprise.

“I knew the US turn out would be low because they’d made their minds up back in the spring. That said, I’ve seen a couple of international booksellers from Turkey and Pakistan, and it has been good to renew those contacts, so that’s something.”

Chris McLaren, managing director of Gloucestershire-based Saltway, says there was an upside to the Messe being quieter than usual.

“Normally it’s packed and you rattle through meetings, rebook for next year and that’s that. You don’t have a chance to meet new people.

“But this year we have more time for in-depth conversations, and I’ve met some new people like the bookseller Akademija from Belgrade. That is very useful. I wouldn’t want it like this every year, but it’s a start.”

Busy at the ‘Workstations’

Upstairs in Hall 6.1, adjacent to the LitAg, the Literary Agents and Scouts’ Center, the fair is trying something new this year. The Frankfurt “workstations,” a cross between a table in the agents’ center and a full-blown stand, can be booked by the day and at short notice, with takers including Thames & Hudson, the History Press, and Orion Publishing.

At the latter, foreign rights director Krystyna Kujawinskasays: “Normally we have the mothership stand downstairs. That didn’t happen this year but I still wanted to be here.

“I heard about people coming and the workstation seemed like a good idea. We’ve been busy, and lots of people have been busy. However, I’ve also had more time for longer conversations, rather than the 9-to-6 frenzy.”

And on cue, her next appointment arrives in the shape of Jan-Peter Wissink, managing director of Amsterdam University Press.

She says, “This year I’ve also had a chance to have a proper conversation over lunch away from the Messe and that has been good.”