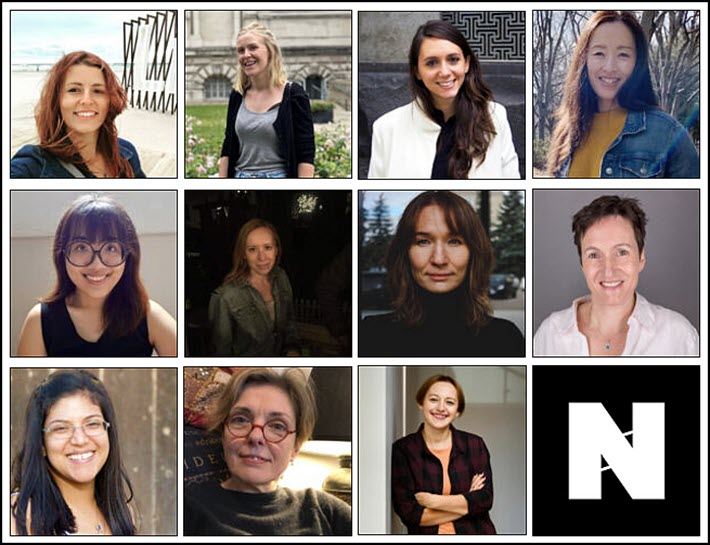 Eleven translators have been chosen for the National Centre for Writing’s mentorship program originally founded by Daniel Hahn.

See also: International Translation Day: A Call to ‘Name Translators on the Cover’

In its own nod to International Translation Day, England’s National Centre for Writing in Norwich has announced its new roster of translators in its 2021-2022 Emerging Literary Translator Mentorships Program.

The program “supports the development of a new cohort of literary translators into English, particularly for languages whose literature is currently under-represented in English translation.”

Like the TA First Translation Prize administered by the Society of Authors, this is another program founded by the generous translator, author, and editor Daniel Hahn. It’s now in its 11th year, organized by the writing center, and to date has engaged with 87 translators working in at least 30 languages.

In a prepared statement, the program’s manager at the National Centre for Writing, Rebecca DeWald, is quoted, saying, “We’re very excited about a ‘bumper crop’ of mentorships this year, offering 11 mentees the opportunity to work one-to-one with an experienced literary translator over a six-month period.

“Our emerging translators hail from the United Kingdom to Italy, Ukraine, Russia, the United States, Singapore, India, and Vietnam, making the mentorships program a truly international meeting place for budding translators with the shared aim of bringing English-language readers challenging, engaging, and entertaining writing from around the world.”

The selected translators have an especially impressive range of language specialties among them and are being paired with proven pros.

The mentors include, for example, Anton Hur, who is one of the jurors for this year’s American Literary Translators Association’s National Translation Awards.

Also mentoring is Antonia Lloyd-Jones, translator of four of Olga Tokarczuk’s works including Drive Your Plow Over the Bones of the Dead and four works of Zygmunt Miłoszewski, along with writings of Maryla Szymiczkowa, Paweł Huelle, Stanisław Lem, and Zbigniew Iwanski.

And Juliet Winters Carpenter is a mentor with the program, translator of Keiichiro Hirano’s At the End of the Matinee and two works of Shion Miura, The Easy Life in Kamusari, releasing November 2, and Kamusari Tales Told at Night, a release set for May 10, both from Amazon Crossing.

Mentoring in Arabic this year is Sawad Hussain, whose translation of The Dance of the Deep-Blue Scorpion is expected on November 24 from Seagull.

There are also three mentorships specifically aimed at encouraging literary translators currently underrepresented in the industry.

Yet one more slot is provided by the British Centre for Literary Translation and British Council. This one is meant to go to a translator resident in a country on the OECD list and qualifying for official development assistance. That one this year goes to:

The pairings of program translators with mentors are timed for six months during which they work together on practical translation projects, developing their craft through working on a chosen text or texts.

One of the translators to come out of the program, Sophie Hughes, has had particularly strong response to her work, her translations of Alia Trabucco Zerán’s The Remainder and Fernanda Melchor’s Hurricane Season being shortlisted for the 2019 and the 2020 International Booker Prize, respectively.

More from Publishing Perspectives on translation is here, more on the National Centre for Writing is here, and more from the United Kingdom’s market is here.