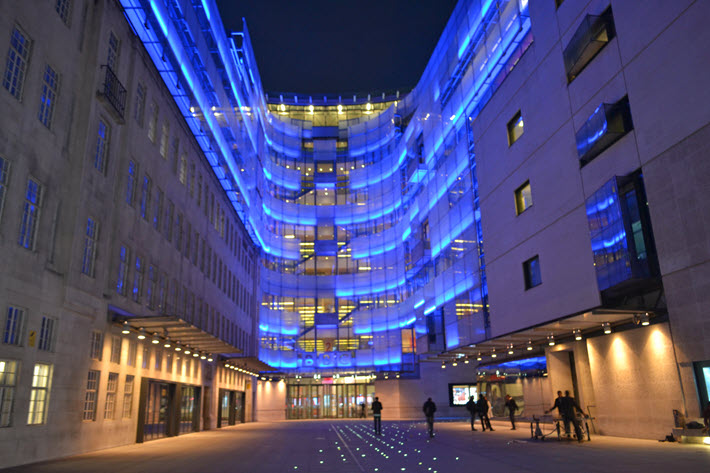 The November 3 event this  year makes wider use of the BBC’s visual, audio, and digital channels in a 45-minute program.

Amid the fast approach of Frankfurter Buchmesse, the Booker Prize for Fiction—which named its shortlist in mid-September—is announcing details of what promises to be a winner ceremony surpassing even the network-class production of last year. The ceremony this year is set for November 3, just as the commanding Sharjah International Book Fair opens in the United Arab Emirates, anticipating more than 2.5 million attendees.

Having last year taken the Zoomery of the era to the logical expanse of a televised stage production thanks to its partnership with the BBC, the program this year continues that arrangement with the network.

The show is scheduled to be transmitted, both as radio and as visual content, in the 7 p.m. hour GMT. (British Summer Time will have ended on October 31. Stateside readers should note that Daylight Saving Time will not conclude until November 7, seemingly moving England an hour closer to the Newer World for a week.

The winner ceremony is to be available:

The program is to be heard on BBC Radio 4’s Front Row and seen on the BBC iPlayer, the BBC News Channel and BBC World News.

Part of the program is to be a conversation between last year’s winner, the affable Douglas Stuart (Shuggie Bain, Pan Macmillan/Picador), and Camilla, Duchess of Cornwall, who has long been a supporter of the Booker program. Stuart is also to be interviewed by Samira Ahmed of the BBC, with Ben Okri, whose The Famished Road (Penguin Random House UK/Vintage, 1992) won the prize in 1991. 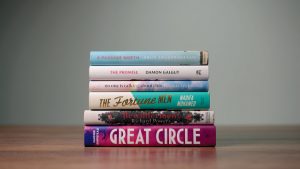 This year’s six shortlisted authors are to be engaged in the live programming, as well. We’ll give you that shortlist again below.

There also are six shorts being made by filmmakers  Yero Timi-Biu, Liam Young and Christine Ubochi, who are graduates of New Creatives, a program funded by Arts Council England and BBC Arts to highlight emerging film and television talent. Those shorts are to be seen on BBC digital platforms and the Booker Prizes’ updated site in the week leading up to November 3. They’re to be seen during the ceremony itself, as well, of course.

Information on the making of these shorts is here, and the actors featured in this year’s pieces are:

Various activities are planned, of course, around the shortlist, including the Royal Festival Hall readings from the six books on October 31 at Southbank Centre in London. Details of that and other events are here. 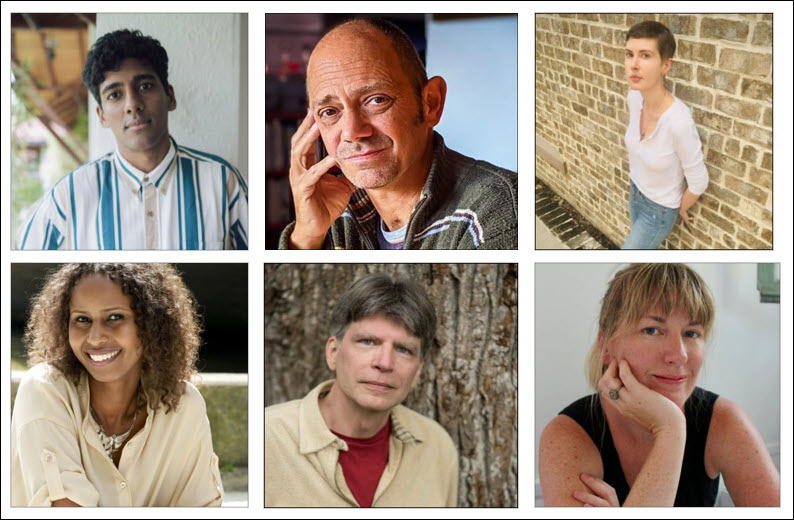 An episode of BBC Two’s Inside Culture on Friday (October 15) is scheduled to be focused on reading and to include three Booker Prize laureates, Eleanor Catton, Marlon James and John Banville, talking with Shahidra Bari.

On display at the Radio Theatre will be this year’s six bespoke bound books, created for the shortlisted authors by individual makers who are members of Designer Bookbinders.

The Booker jury is chaired by historian Maya Jasanoff—winner of the 2018 $75,000 Cundill History Prize for The Dawn Watch: Joseph Conrad in a Global World (Penguin Random House in Canada and the UK, HarperCollins in the States).