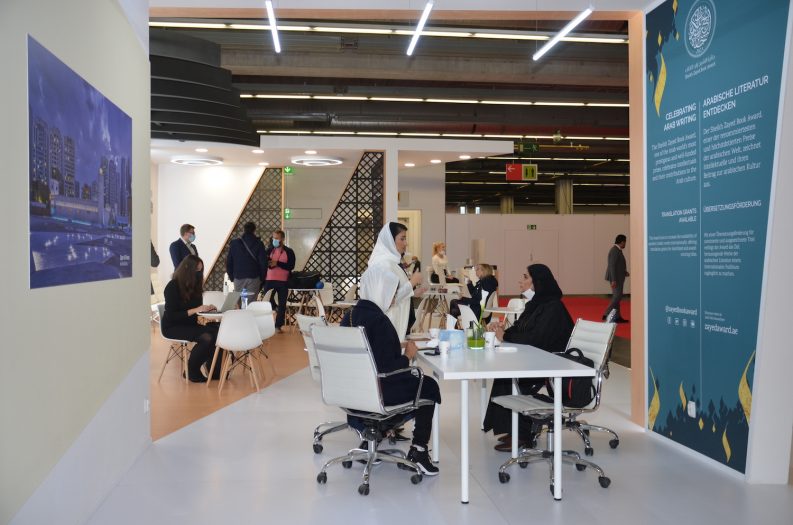 In Hall 4.1 at Frankfurter Buchmesse, United Arab Emirates stands are busy with meetings, new initiative presentations, and anticipation of upcoming fairs in Sharjah and Abu Dhabi. 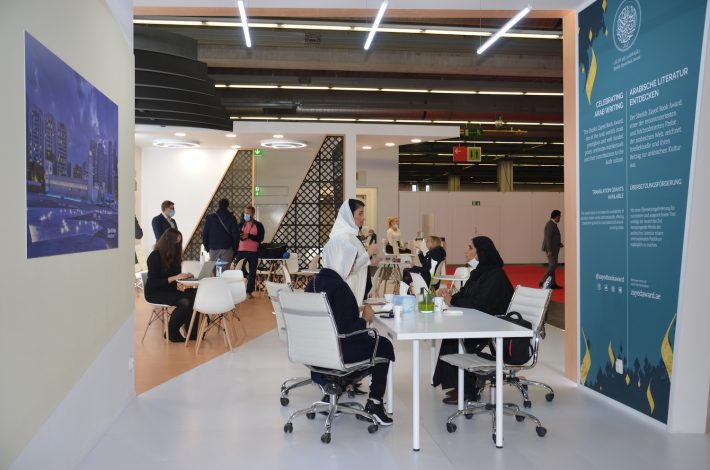 Although footfall is quiet in the Arab corner of Hall 4 here at Frankfurter Buchmesse, that has done nothing to dampen the characteristic enthusiasm of Ahmed Al Amri, chairman of Sharjah Book Authority in the United Arab Emirates.

He’s busy talking up impressive stats with which Publishing Perspectives readers are familiar, for both the 40th Sharjah International Book Fair (SIBF) which opens next month (November 3 to 13), and the Publishers Conference which precedes it.

“We have 1,576 publishers coming to the book fair and 533 rights people from 83 countries,” Al Ameri says. “It’s increasing all the time. We have many new countries represented in the rights center this year—South Sudan, Rwanda, Uganda, Colombia, Zimbabwe, Greece, Malawi, and Tanzania. 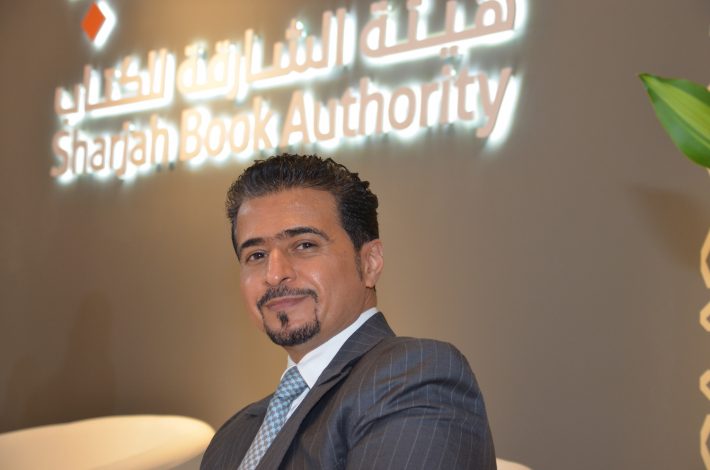 “We’ve come a long way in 40 years. We have the first appearance by the Nobel Prize in Literature winner, Abdulrazak Gurnah—that’s a big hit for us. And we also have the National Library Summit, organized in collaboration with the American Library Association at which Carla Hayden, the Library of Congress librarian, is speaking.”

Just across from Sharjah’s stand here in Frankfurt is the Abu Dhabi International Book Fair, where staff are talking up next May’s fair, while directly adjacent is the Sharjah-based Emirates Publishers Association (EPA), which has much to talk about this year.

Founded in 2009 the EPA it now has 210 members and is working on a new distribution company called Menassah (“platform”).

This will distribute titles from local Arab publishers to the MENA region and beyond.

“We are also looking at print on demand too,” explains communications director Mariam Al Obaidli. “Menassah will also participate in international book fairs and represent publishers who cannot afford to attend. We are super excited.”