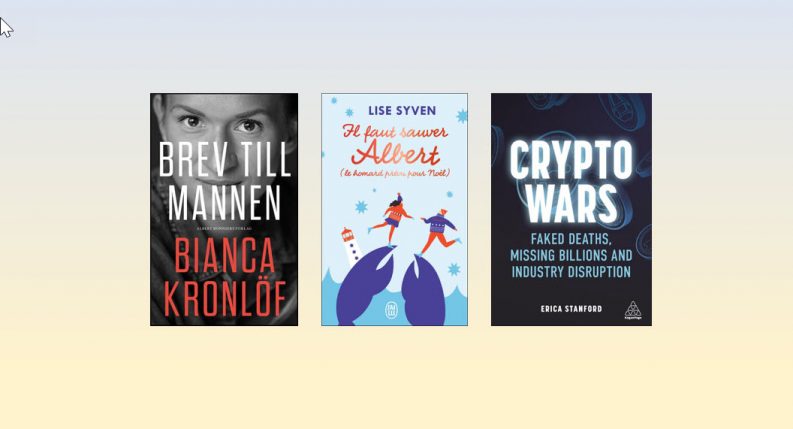 Swedish readers are finding themselves in a widening conversation around gender relations based in a debut, ‘Letters to Men.’ 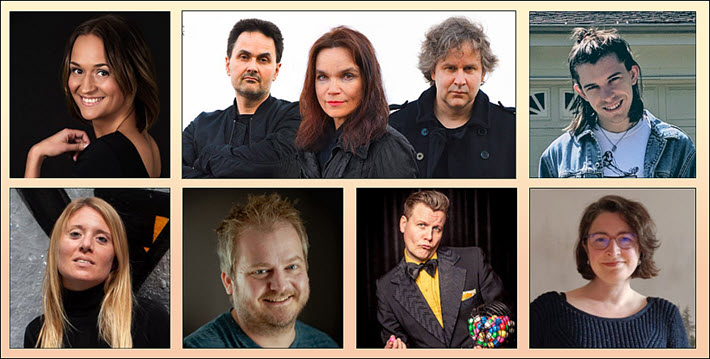 As Lena Sternström at the Grand Agency in Stockholm says, her big book is actually quite small, and what everyone seemed to think would be a “small” Frankfurt Book Fair now appears to be doing big things to all our schedules. 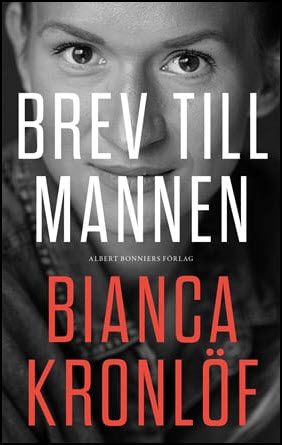 But what she’s telling us about is Bianca Kronlöf’s Letters to Men, only 125 pages long but No. 1 on the local nonfiction bestseller lists in its five weeks on the market so far from Albert Bonniers Förlag. Of the 13,000 copies sold in those five weeks, 12,000 are physical copies, 1,000 are ebooks. An audiobook edition is scheduled for later in the autumn.

And on Thursday (October 14), Seoul’s Bookhouse Publishing bought the Korean rights. That follows the sale into Finnish to Into Kustannus.

Kronlöf’s book is just what its title says it is, letters—as the book’s promotional copy puts it—”to the slack and the hard. To dad and grandpa. To the unborn son. To the one night stand. To you who have bought the myth and to you who have never raised your hand.”

And what comes across in reviews is serious and nuanced enough to let you know that Kronlöf seems not to be operating on the purely populist level you might imagine. Kronlöf’ is an actor trained at Gothenburg’s highly regarded Academy of Music and Drama, and her feminist satire has found her an audience as a comedian. While this may not lead to the deepest levels of inter-gender relations, it also seems to be driving a good deal of respect in the early reception for the book.

An unnamed Dagens Nyheter critic writes about Kronlöf’s book that it “primarily emphasizes individual responsibility,” such an important thing when it comes to actually involving men in feminism rather than slamming doors in their faces. “When it comes to the issue of men’s violence,” this review says, “it is not enough for a few men to get involved in the issue. A first step to change can be to read this book, which efficiently and pedagogically punctures the defenses and excuses we men use to avoid calling ourselves or showing moral courage.”

“The book gives tips and advice for men,” writes another unnamed critic, this one for Folkbladen Västerbotten, “who want to be involved and work for a change. Letters to Men is simply a compression of what feminism is about, but it is no less important or less relevant because of this. It is an identification of what the problems consist of and a statement  about the absence of men in the struggle for a more equal society.”

If Kronlöf”s debut is landing with such respect from these critics, it’s not impossible to think of a male author, also respectfully, writing back with Letters to Women. The dialogue that so frequently never seems to develop, isn’t impossible, after all. It’s just elusive. And maybe the thoughtful form of a book creates enough distance from the spitfire immediacy of social media (and too many difficult conversations) that meaningful exchange can be approached this way. An interesting book to keep an eye on this season.

See you in Frankfurt.

And in a related note, we’d like to point out that at the Grand Agency—as at so many other agencies—excerpts from reviews of books are presented without identifying who the critics writing them are. In truth, Dagens Nyheter has never written a review, not one. Nor has The New York Times, nor has The Guardian, nor has Le Figaro. People write reviews. Those people have names, just as your authors do.

So we take this moment—on the edge of a new Frankfurt, as it were—to speak up with a little Note to Agents of our own. As journalists here at Publishing Perspectives, we’d like you to consider naming the critics as well as their publications when you quote them. Journalists, critics—they, too, are writers. And crediting them for their work is hardly too much to ask when you, of course, expect them to name and credit your authors, right? 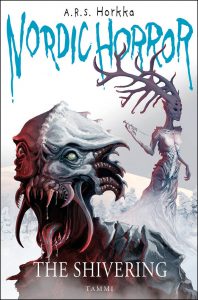 The Shivering
No. 1 in the ‘Nordic Horror’ series

You see, we weren’t kidding about “Nordic Horror.” This first volume in A.R.S. Horkka’s trilogy is The Shivering, and it’s followed by The Clockwork Whisperer and The Stand-In.

A series of anthologies, “Each story is an honest and emotional study of its protagonists,” according to the promotional material—”of the fears that have made them who they are and how they still have to face their biggest fear of all, no matter what monstrous shape it takes on.”

The “author” is actually three people: the husband-and-wife team (author and illustrator) Riina and Sami Kaarla and the writer Anders Vacklin. It’s not hard to guess that “A.R.S.” is drawn from the first letters of each of their names.

The first ‘season’ of seven books has been acquired by Tammi in Finland, and the first book, The Shivering, is to appear in 2022. 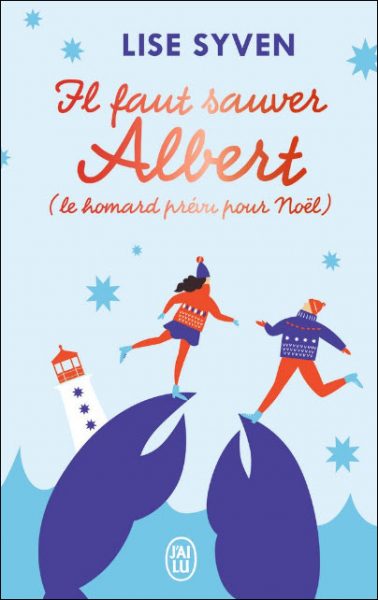 “Béatrice and Erwan have been dating for a few months. It may be too soon for him to be bringing her home to meet the family. For Christmas.

“Erwan’s mother couldn’t be happier that he’s coming home, even if it’s with a Parisian vegan. Erwan’s father is the only one who doesn’t know that Béatrice is a vegan—a concept he would never tolerate. So when he plans on providing a lobster as the Christmas meal he couldn’t know that he was being disrespectful.

“Béatrice has no choice; she has to save Albert.” 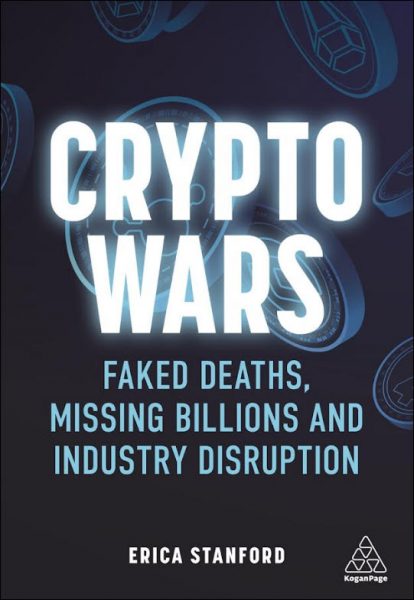 “Uncover the scandals and scams that have rocked the crypto currency world, and learn how it also could bring positive change for banking and the global economy.” 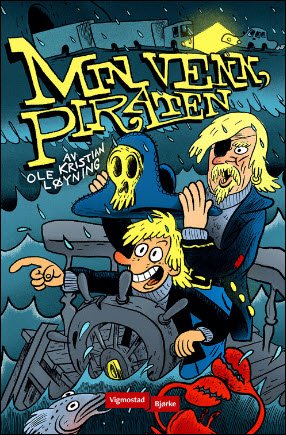 My Friend, the Pirate

“André loses his parents in a car accident, and is seriously injured, himself. His only relative is his father’s uncle, nicknamed The Pirate. André moves in with the slightly drunken sailor and together they manage to make a new life.

“Full of metaphor and jibes at life, Løyning depicts the relationship between André and the Pirate and their adventure across the seas. Humor and imagination are used as coping mechanisms for adapting to a new existence.” 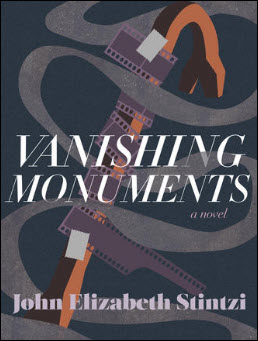 Alani Baum, a non-binary photographer and teacher, hasn’t seen their mother since they ran away with their girlfriend when they were seventeen–almost 30 years ago.

“But when Alani gets a call from a doctor at the assisted living facility where their mother has been for the last five years, they learn that their mother’s dementia has worsened and appears to have taken away her ability to speak.”

John Elizabeth Stintzi is the recipient of the 2019 RBC Bronwen Wallace Award and the Sator New Works Award, and their writing has appeared in Ploughshares, The Malahat Review, Kenyon Review, and others. Vanishing Monuments was finalist for the Amazon Canada First Novel Award.