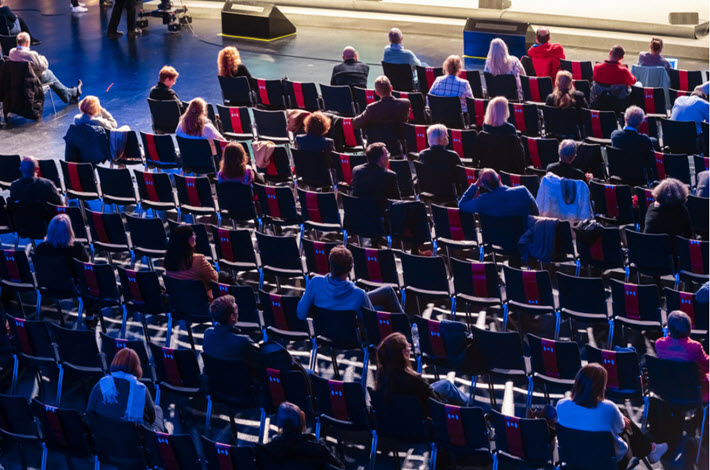 The phrasemaking of politicians and publishers can have parallels. Musings in the wake of ‘a terrific show’ at Frankfurter Buchmesse.

What’s in a Slogan?

I have just returned from the strangest of the 48 Frankfurt Book Fairs I’ve attended.

It was the strangest because of the inevitable reduction in the numbers of overseas participants, most notably from the United States and United Kingdom. And strangest because, in spite of the negatives, there was a palpable sense of optimism about the future of the book trade and the importance of this fair and book fairs in general.

I think that those who attended universally applauded the efforts of the Frankfurter Buchmesse team in putting on a terrific show and to those far-sighted politicians in Germany—and indeed the guest country, Canada—who helped fund it. It would seem that the German government, in all its complexity and at all levels, has a very different and more positive attitude to the importance of culture, in this case the importance of literature and of their pre-eminent book fair.

This got me to think about politicians in my own country.

I think I can safely say I’m not a political animal, more a political pragmatist. I’ve voted for all three political parties in the UK—Conservative, Labour and Liberal. I hold that unpopular position often described as “centrist liberal,” or “Champagne socialist,” or “wet tory.”

I’ve always been proud to be a citizen of a country that welcomed my grandparents from Eastern Europe and gave them the opportunity to build businesses, families, and to contribute to the economy and culture of that country—what used to be called Great Britain is now more frequently called the United Kingdom, and shortly might have to revert to (Little) England.

Since the vote to leave the European Union and the election of a self-centered, ambition-driven, second-rate, myopic, chauvinistic, and amoral government, my pride has progressively metamorphosed into embarrassment, shame, and despair. It was clear at the book fair that Britain is pitied by our closest neighbors and demeaned by those more distant countries who might represent our only hope of a prosperous future. It’s no consolation that some other countries have equally shameful governments.

The only answers our government gives to the list of current and impending disasters are slogans—”leveling up society”; “world-beating technology”; “building back better”; “take back control”—all backed up with guarantees from a team that has consistently reneged on legal and moral agreements.

The Conservatives’ 2019 Manifesto is a list of promises unrealized or now abandoned. Their willingness to break international law whenever it suits them reminds me of playground promises made with fingers firmly crossed behind backs. They seem to assume that the centuries of decent behavior which built respect and trust will allow the country now to behave like an ill-brought-up teenager and get away with it as long as they come up with the right three-word slogan and hypocritical words and promises.

Words and promises matter and not just for governments.

‘We’re Just Doing the Best We Can’

On the flight back to London from Frankfurt, I pondered the proliferation of mission and vision statements from major and not-so-major publishing entities. Here are a few. You might enjoy trying to identify which publisher relates to which statement.

I also noticed a recent announcement from a small publisher whose latest imprint’s mission was “To publish books that change the world.”

All these statements are worthy and probably desirable as statements to the outside world; not too different from politicians’ pledges and oratory.

Unfortunately I’m not certain that publishers’ missions and visions have any more purpose or commitment, and the level of cant, hypocrisy, and virtue-signaling (in most but not all cases) is meaningless and a little nauseous. I think more truthful might be a selection from this list in which a publisher might assert that “our purpose is”:

My favorite is: “We are just doing our best,” which might be a perfect description of the way we publishers and indeed almost all other businesses, work.

Join us monthly for Richard Charkin’s latest column. More coverage of his work from Publishing Perspectives is here and more from us on Frankfurter Buchmesse is here.