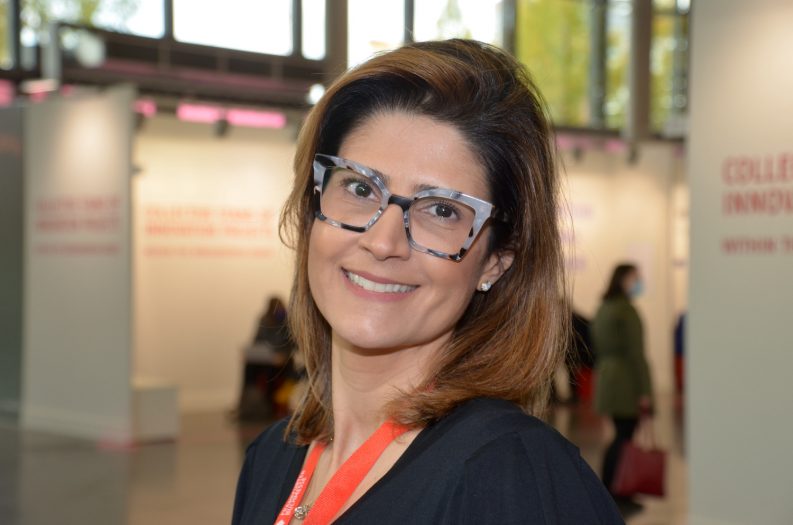 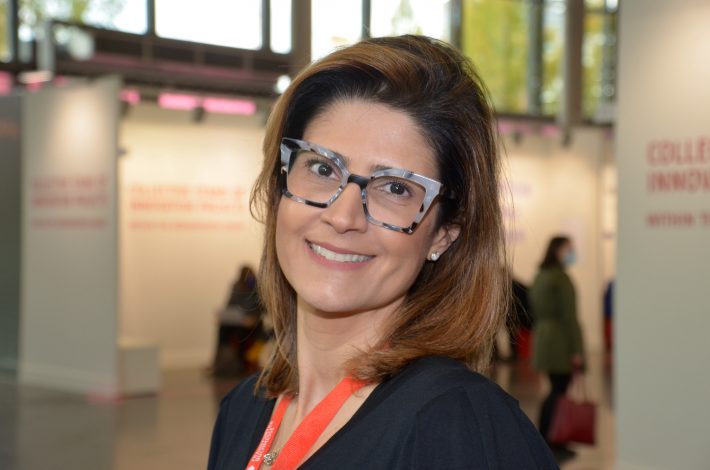 ‘Really Excited To Be Here’

It seems too early to be talking about the next president of the International Publishers Association when its existing president, Bodour Al Qasimi of Sharjah, is only 10 months into the role.

Nevertheless, the tradition has been that a vice-president of the IPA is likely to be elected to a two-year term as president. That means that this time next year, Brazil’s Karine Pansa, currently IPA vice-president, will be preparing to take the leadership role.

She’s a respected and thoughtful figure who clearly loves the industry and says she’s delighted to be back at Frankfurter Buchmesse.

“I’m really excited to be here,” she says. “We’ve had many meetings on Zoom, but it’s not the same. As soon as I knew it was happening, I was telling people, I’ll be there live and in 3D and in high definition.”

Pansa is heading up the organizing committee of the IPA Congress in Jakarta November 10 to 12, 2022. And she also has found time to wear her publisher hat as owner and managing director of Girassol Brasil, meeting with fellow children’s publishers like the UK’s Top That and with printers.

“But the main reason I am here,” she says, “is to support the fair.”

Her position at the IPA gives her a chance to see interesting ideas in other territories, so she says she has been intrigued to hear that in Indonesia teachers are calling parents to sell them children’s books.

“It’s fascinating,” she says. “It seems that some publishers feel that teachers are the ones who are best at talking about which books are best for the children. It’s so interesting.”

On the familiar topic of print vs. digital, she says she believes that digital formats will increase, “but nothing like we all thought they would five years ago. We still have plenty of room for both.”

When Publishing Perspectives spoke with her, the IPA had just issued a statement backing the decision by Frankfurt to defend the right of certain politically controversial publishers to exhibit at the fair provided they operate ‘within the law.’

“They’re publishers,” Pansa says. “This is their place to be. If they’re following the law, they can be wherever they want. We have to respect that. Frankfurt Book Fair should not tell them to leave.”

It was perhaps inevitable that Pansa would enter the book business as her father worked at one of Brazil’s major publishing houses.

“He brought me to Frankfurt when I was 16,” she says. “I can remember squeezing into one of the buses that used to run up and down the fairground. I can remember how the fair seemed huge and we were packed onto this tiny bus.”

After studying business administration at university, she joined the same company for which her father worked. She and her father were invited by a Spanish company to set up Girassol Brasil, which has now been trading for more than 20 years. She has held numerous trade positions and is a board director for the Brazilian Book Chamber.

Married with two children, Augusto 18 and Sofia 15, Pansa says that the pandemic posed a challenge with home-schooling but Sofia was a help “keeping her brother in order.” 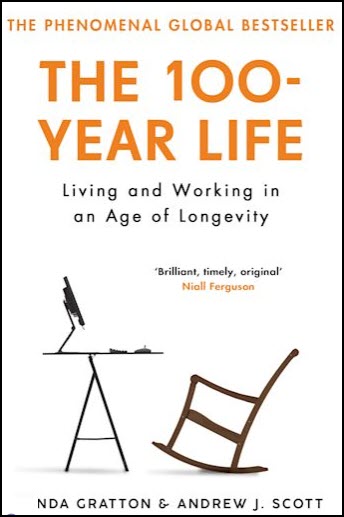 By her bedside at this year’s fair, she says, one book is a 2016 title from Bloomsbury UK, The 100 Year-Old Life (coming December 14 in a new edition) by Lynda Gratton and Andrew J. Scott. It’s about the “third age,” and even the fourth.

“I’m interested in longevity and what we can do,” Pansa says. “People are living longer. We’ll have all these years beyond 70. What will we do? I’m always interested in learning new things.”

Finally, which historical authors would she like to have dinner with?

“Can I have someone contemporary too? I’d like to meet JK Rowling and find out how she came up with that whole world. I think she’s amazing.”

More from Publishing Perspectives on Frankfurter Buchmesse is here and see our special highlights page for events to consider. More from us on the International Publishers Association is here.