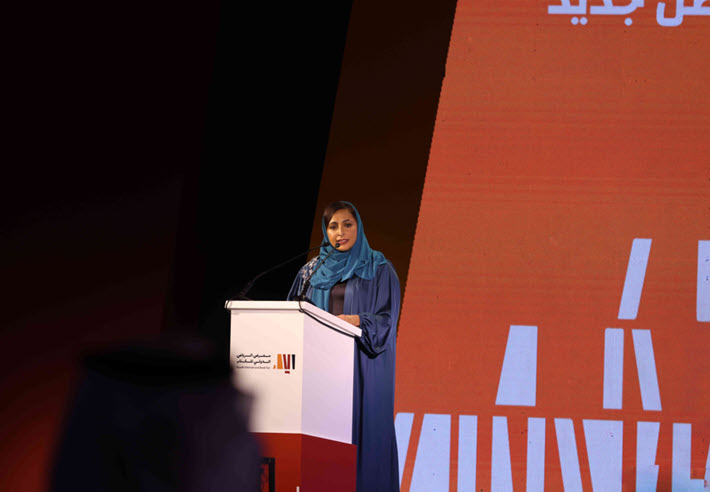 Running through Sunday (October 10), the Riyadh International Book Fair is this year under the direction of Mohammed Hasan Alwan, CEO of the literature, publishing and translation commission.

If that name is ringing a bell for you, a Publishing Perspectives reader will be able to tell you that Alwan won the International Prize for Arabic Fiction in 2017 for A Small Death, a fictional account of the life of the Sufi master and poet Muhyiddin Ibn ‘Arabi. You can read our interview with him here.

As anyone in world publishing today can tell you, the International Publishers Association president Bodour Al Qasimi is proving one of the best-traveled and most dedicated sitting leaders of the organization in its 125-year history. She has already flown to meetings with member-association representatives in Russia, Turkey, Egypt, Kenya, Ivory Coast, Ghana, Georgia, and now Saudi Arabia.

And especially in the context of Alwan’s acclaimed artistry, Al Qasimi’s visit to the annual Riyadh fair for meetings with the publishing sector there is a logical place for her to have opened a concept—with luck, a new framework—for “a new renaissance in Arab culture.”

Many in the international publishing community have wanted to see such a dynamic develop, one that would help move Arabic literature, both classical and contemporary, into the wider markets of the world with more force, more attention, more speed. If the cultures of the multifaceted Arab world can make common cause around such a concept, then Al Qasimi’s idea of such a step forward could be in the offing. 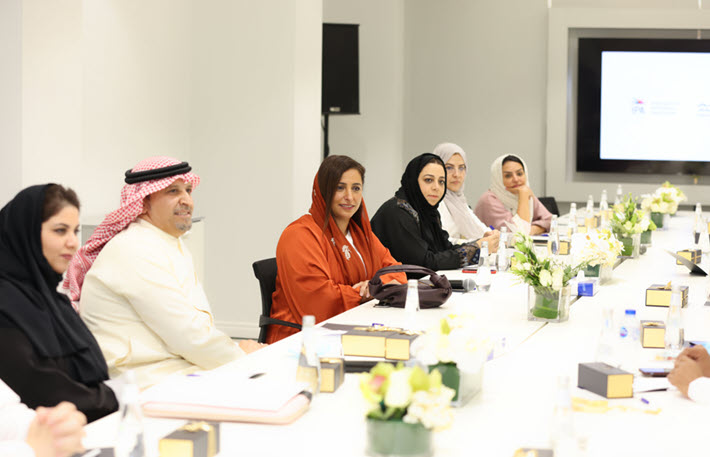 The IPA’s Bodour Al Qasimi meets with members of the Saudi Publishers Association during her visit to the Riyadh International Book Fair and its professional program. Image: Nabs Ahmedi

Al Qasimi gave the keynote address, Global Publishing: The Way Forward, at the 10-day Riyadh fair’s professional publishing conference, held on the sidelines of the main public-facing event, which opened on October 1.

What Al Qasimi told the publishers at Riyadh is that solidarity is the key to a vision of such cooperation, and that such unity of purpose must be in sway across the full value chain of the Arab publishing industry to generate a nurturing environment capable of supporting the transformation of the sector into a global cultural heavyweight.

A strong translation infrastructure, with diversified global partnerships, she told her audience in the Saudi kingdom, can transform the potential of Arab publishing into a reality, leading to a new renaissance in Arab culture.

In her travels, meetings, and presentations this year, Al Qasimi has begun positioning the still-ongoing coronavirus COVID-19 pandemic as a historic chance to reimagine and empower the industry with “sustainable business models to fully transform their vision, mindsets, and businesses to ready themselves for operating at a global level.”

Al Qasimi called on industry stakeholders to deliver innovative content and support cultural dialogue between East and West by sharing Arab stories and voices with the rest of the world.  She also announced that the IPA Academy—a centralized global training resource for all member-associations aimed at new skill sets and digital transformations, will be launched later this year.

Al Qasimi met with regional publishers and industry stakeholders, visiting the show floor of the Riyadh International Book Fair. The energy there and what organizers say is a high volume of book sales suggest that there’s a bright future for Saudi publishing, both in the region and as part of the critical role of the book business in international culture.

We hope to have some numbers from the fair’s administration soon, so we can report how the 2021 edition of the fair has gone in terms of attendance and publishers’ participation.

Al Qasimi met with Saudi publishers and new board members of the Saudi Publishers Association, to discuss current challenges and opportunities to adapt to new industry dynamics and set the foundation for growth toward a resilient, “future-proof” sector.

More from Publishing Perspectives on the International Publishers Association is here, more on the work of its president Bodour Al Qasimi is here, and more on the markets of the Arab world is here.