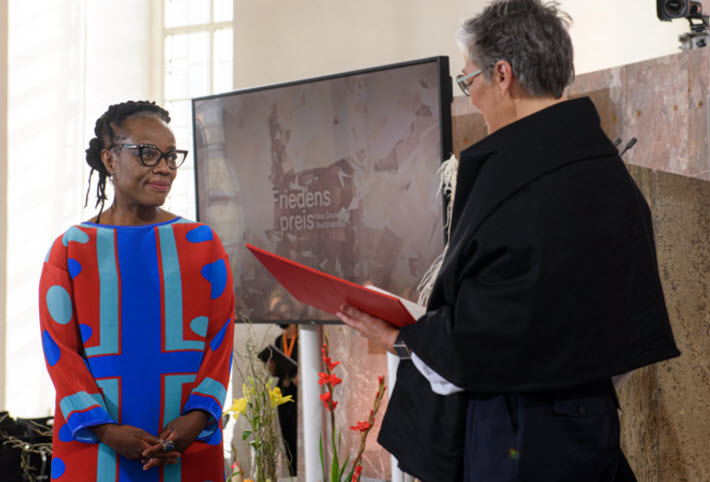 The Peace Prize of the German Book Trade has been awarded at midday on Sunday to the Zimbabwean author and filmmaker Tsitsi Dangarembga.

As Publishing Perspectives readers will recall, it was announced in June that the Zimbabwean author and filmmaker Tsitsi Dangarembga is the winner of this year’s Peace Prize of the German Book Trade.

Today (October 24)—on the final day of a pivotal Frankfurter Buchmesse—the honor has been conferred on her, as planned, in Paulskirche (the Church of St. Paul) here in Frankfurt, with an audience of 400 invited guests. As planned, the speech honoring Dangarembga was given by the Kenyan sociologist and German Studies scholar Auma Obama.

The Peace Prize has been awarded by the board of the Börsenverein des Deutschen Buchhandels, Germany’s publishers and booksellers association, since 1950 and is endowed with a purse of €25,000 (US$29,117). The honor’s key criterion is “an important contribution to peace, humanity, and understanding among peoples.”

In accepting the award, Dangarembga analyzed how physical, psychological, political, economic, metaphysical, and genocidal violence perpetrated within imperial structures has successively led to what she called a “no-win situation” in societies’ current system.

“This is to say that the West, with all its technology and belief systems and practices,” she said, “is built on these multiple ongoing forms of violence, which it exported to the rest of the world and which are now practiced as eagerly in postcolonial states as they were by imperial and colonial states. 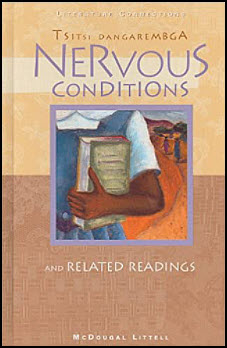 “It’s a well-known fact that violence begets violence and we see this all over the world today, even in the various homes of empire.”

In examining the profit-making basis for much of the educational world’s approach to disciplines of politics and business, she said, “A system based on profit … is a system of exploitation. Systems of exploitation result in concentration and deficit.

“A system that manufactures concentration on the one hand and deficit on the other is a system of imbalance. Such a system is inherently unstable and therefore not sustainable.

“How then have we come to invest in an unstable, unsustainable system that is bound to lead to our downfall?”

Dangarembga told her audience, “The solution is to undo the racialized and other hierarchical modes of thinking based on demographics such as gender, sex, religion, nationality, and class, and any other that were and continue to be the building blocks of empire throughout history, throughout the world …

“What we can look to is to change our thought patterns word by word, consciously and consistently over time, and to persevere until results are seen in the way we do things and in the outcomes of our actions.

“Our choices of thought content and process are ultimately a choice between violence-producing and peace-producing contents and narratives.

“Indeed, that someone such as myself—who in not-so-distant ages past was, on the basis of several demographics, categorized as not thinking at worst; at best, not thinking in any way that is valuable, and therefore not existing in any way that is valuable—is awarded this prize today is testimony to the capacity we have as human beings for transformation.”

Auma Obama: ‘You Are Far From Ordinary’

Auma Obama, in honoring Dangarembga, said, “I’m sure you would have preferred to give up on occasion, Tsitsi, to simply give in to the temptation to just lead a normal, ordinary life. 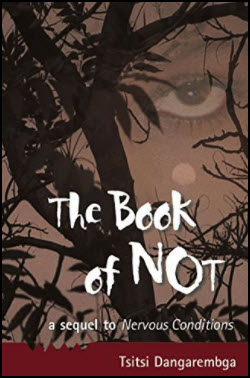 “Why struggle to make yourself be heard when you could get by just by making do? Why create a forum to foster more justice? Life would have been much easier, for you, for us, if we could have done that.

“But you are far from ordinary.”

The texts of both Dangarembga’s and Obama’s speeches will be available in both English and German here.

The Börsenverein’s chair, Karin Schmidt-Friderichs—whose many appearances during Buchmesse here have been unfailingly eloquent and to the point—acknowledged Dangarembga’s writings, saying, “Thank you for introducing me to Tambu, for giving me the opportunity to become one with her, for inviting me to understand [her] sense of hopelessness, but also to witness her every attempt to get back up on her feet again. 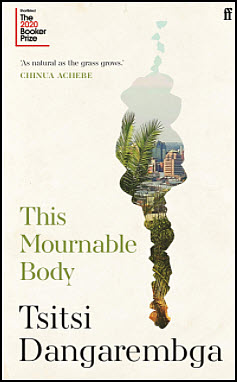 “You have succeeded in bringing us into close contact with a society in such a way that—even though we might not fully understand it—we nevertheless are able to relate it to ourselves, that is, to ourselves and our own shortcomings.”

And Peter Feldmann, Frankfurt’s mayor, praised Dangarembga’s commitment to what is right, to self-determination, and to a resistance of white dominance: “You refuse to tolerate it when people are oppressed because of their gender or race,” he said, “or because colonialism continues to determine our present like an echo from the past …

“You insist on equal rights. You stand up for freedom of the press, for the fight against corruption—even when those in power try their best to intimidate you, as they did last year, and threaten you with incarceration.

“Your strength and defiance, which runs through all of your novels, dramas and films, makes you a role model for us all.”