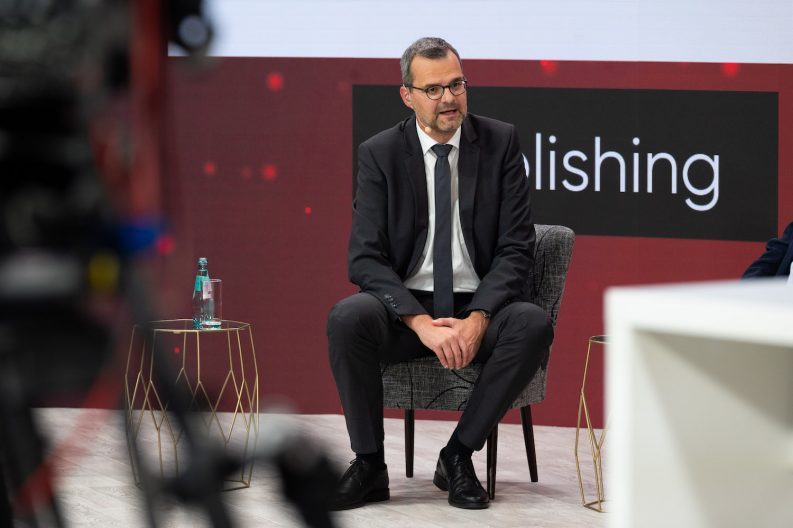 Two leaders in the fields of investment and finance took questions from book industry journalists in this year’s Frankfurt Studio program. 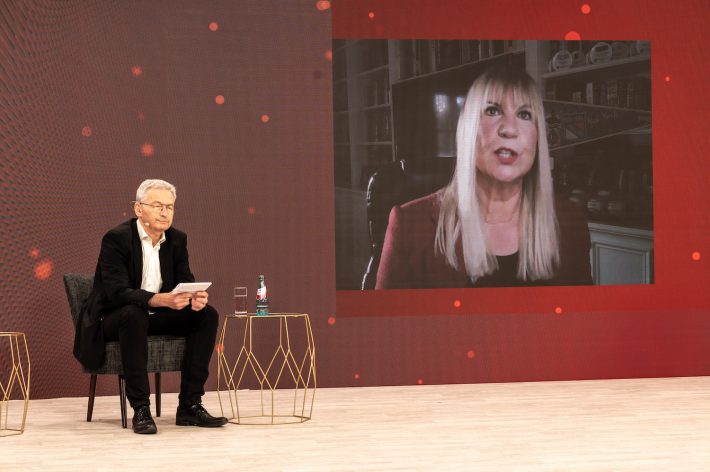 Consolidation among publishing groups can either lead to new creativity or can have a stultifying effect. The difference may be in the eye of who is asking and who is being asked.

At the CEO Talk at Frankfurter Buchmesse on Wednesday, Fabrice Piault of Livres Hebdo repeatedly asked investment banker Robin Warner of Oaklins DeSilva+Phillips if she thought the publishing industry’s continuing mergers were having a negative effect.

“In the United States it used to be the Big Six, Big Five and now it’s [soon to be] four,” he observed, referring to the regulatory-approval-pending acquisition of Simon & Schuster by Bertelsmann/Penguin Random House.

“In France, it’s two—Hachette and Editis, and Editis’ owner, Vivendi, is taking over Hachette. Is this a risk or an opportunity?”

Cue a world-weary, apologetic sigh from Warner. Her company was involved with Hachette’s recent takeover of Workman, and she apologized several times for having had to sign binding non-disclosure agreements which do not allow her to say very much at all.

But Piault would not give up. “Don’t you think that there is an aspect of consolidation that is bad for creativity?”

This time he had more luck. “In our meetings with Hachette,” she said, “there was much excitement about the opportunity for the cross-fertilization of ideas.

“We had prepared a whole management deck of slides but Michael Pietsch [CEO of Hachette US] said, ‘Do you know, I don’t want to get into all that now, I just want to sit and talk and speak about creativity.’ It was tremendously exciting.

“And one of the things that attracted Hachette was the fact that Workman produces so many titles and series in-house, that it has all this creativity.” 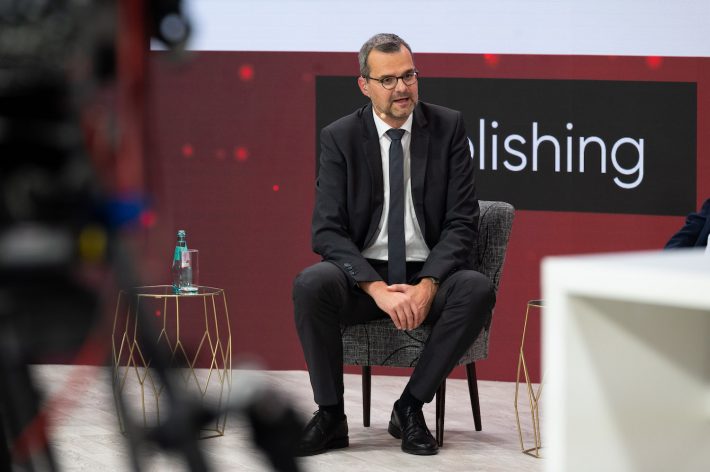 The widening footprint of publishers’ creativity in other media was another theme. Moderator Rüdiger Wischenbart said that beyond publishing all sorts of consolidation across media is taking place. Should publishers look at this?

“I have a feeling that publishers think digital is done, but I think there is more yet to happen,” Driever said.

“I think publishers and booksellers need to ‘re-connect’, as Frankfurt might put it this year. There’s AI and cloud services—we’re using our phones every minute of the day.

“I hope this doesn’t lead to digital fatigue. I think the challenge is for a seamless joining between online and offline, to celebrate books and authors on both platforms. The industry perhaps needs a new way of finding authors—we need more data-driven impulses.”