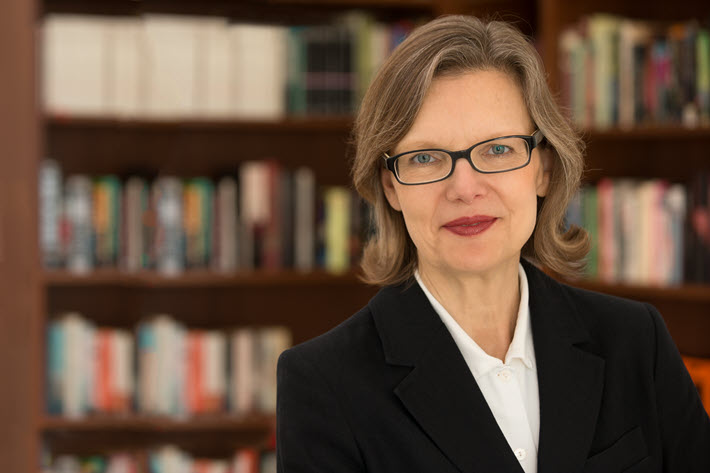 In Germany, “We’ve got 70,000 books a year, it’s quite daunting,” says Siv Bublitz. “And I’m in no way in favor of cutting this number in any sort of restrictive way.

“Should these books be published? Yes, they should. But publishing is very much a curating business and the idea is to be selective about the books we publish.”

Few publishers today may be more conversant than Bublitz on the subject of how a 135-year-old publishing house can undertake a strategy of producing less, not more—and the benefits of book-publishing restraint. 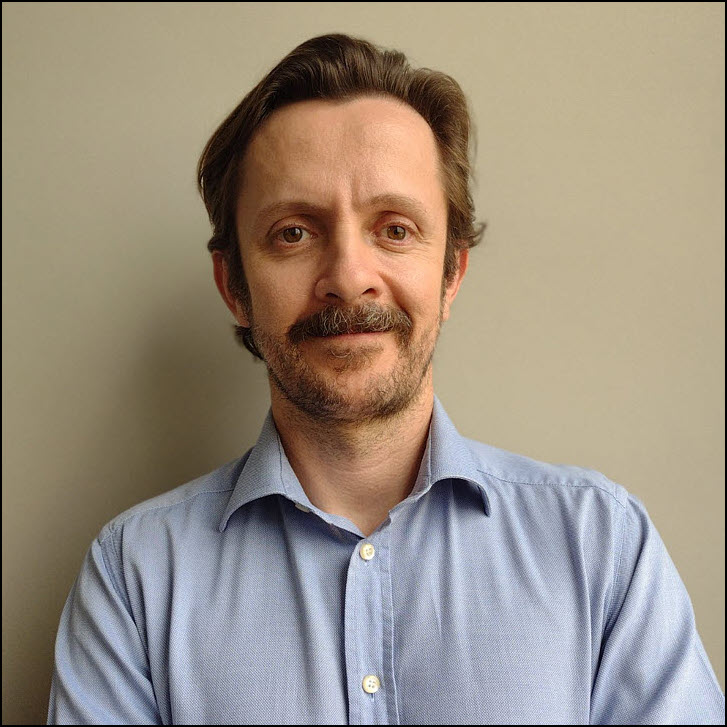 Garcia will be looking at diversity, which is what he says is an “absolute imperative” as a driver of decisions in Brazilian publishing today.

And Bublitz is talking about something that she, too, has come to understand as a kind of imperative, both in business and in the marketplace. She has two key, overarching points, the combination of which has reduced S. Fischer’s total output to almost half the number of new books the publisher brings to market annually.

‘What We Want To Do Well’

Bublitz’s first main talking point, she says, comes from “my own experience as a publisher in different houses,” which have included Rowohlt (as an editor and later as publishing director of the imprints Wunderlich and Rowohlt Berlin Verlag) and Ullstein Buchverlage in Berlin (as CEO and publisher). She has served on the board of the Börsenverein des Deutschen Buchhandels, Germany’s publishers and booksellers association, and was appointed to lead S. Fischer in September 2017.

“This is something I’ve taken away a long time ago,” she says, in terms of her successive experiences in leadership: “In order to do our job—which is not only to print books but also to make them visible—it takes effort. To take authors’ work into the public is not something smartly and easily done in Germany.”

This first point, she’s driving at is rooted in awareness, the self-awareness of a publishing house’s team and of the challeng of a 70,000-book annual market.

“Each publishing house is made distinctive,” Bublitz says, “by the list of its authors, and its list of books. And this is what makes Fischer different from all other houses. I mean basically, the business is the same, and we all deal with booksellers, and we all will cater to readers, and we all love authors. What’s different about a house, what’s the difference between the different houses, is the authors and the list.

“And so the question, ‘What are we publishing and what not?’ is a very important question in the publishing business. That’s one basic thought, the curating thought, that’s always been important for me. To ask myself or to ask us as a publishing house, ‘What do we want to publish? What is our focus? What is important to us?”

Her second primary thought, then, “is more practical,” she says, and it goes back to that understanding that taking an author’s work to market means more than just getting the books to a point of sale. What in publishing is frequently called “discoverability” may chiefly be about doing the work.

“It means that to make books visible needs a lot of thought and care and joint effort within the house. There’s only so much time you have to devote to each individual book. So there are only so many that you’ll be able to publish successfully, in the sense that you make them visible.

“It’s very easy not to stop publishing books, to just go on and on. There are always more books.”Siv Bublitz, S. Fischer Verlage

“You know you’ll be able to print a lot more books and just put them out there. But in order to reach readers, and to reach out to readers, and to look after authors and what they need from a publishing house—to be in touch about your books, to talk about them to the right people at the right time, be it booksellers, or journalists, or reviewers—it really takes time.

“In order to do well what we want to do well,” she says, “we’ve just got to limit our scope.

“My experience also is that publishing is a business that doesn’t veer toward being selective. On the one hand it does because we talk a lot about which books do we like, which books do we not like, what do we prefer. But it’s very easy not to stop publishing books, to just go on and on. There are always more books. And quite often, you think, ‘Well, there’s nothing really wrong with this book; it’s quite good. We should publish it.’ And then you go for it.

“You end up with a huge number of books. And what you’ll find in the end is that the individual book won’t be reaching as much attention as it would if were you doing your job.”

Four years ago last month, then, Bublitz joined S. Fischer to find that the house was publishing “about 400 new books a year. And we all had the distinct impression that it was a bit much.

“It’s not hugely too much,” she points out. “I mean, for a publishing house our size, it’s not even a big figure. But we thought we might do better if we downsize a little. So we did. And we looked after these books with the same amount of people, the same staff in PR and marketing and production and so on.

Today’s output level is “partly due to the pandemic,” she says, during which many publishers have pruned their lists by delaying or canceling some titles.

“But it’s not a deliberate figure that we’ve tried to reach. It’s more like what we want to focus on. I’m giving you these numbers in order to give you a picture of what the size is, but we’re not sitting there just counting the books and saying, ‘Here you go, you go, you go, you’re out.’ We think that about 250 could be a good number for us. But that’s not the way we do it. It’s more like we try to plan ahead, and we try to find out what we want to focus on and what’s important.”

‘When Books Speak to Each Other’

Again Bublitz comes to two points she wants to make, this time about how a publishing staff deploys this editorial strategy of conscious curation—and how much talking together goes into it.

“There’s a colleague of mine who once said, ‘I like it when books speak to each other on a list.’ And I think that’s a lovely way to phrase it.”Siv Bublitz, S. Fischer Verlage

“One is focus,” she says, “on what we’re doing, rather than not having the time and energy to focus on what’s important. And the other point is to take seriously this curating thing, this list. What is our list?

As the saying goes, some publishing companies “throw everything against the wall to see what sticks” with the consumer base. Others, like S. Fischer in Bublitz’s concept, are dedicated to the question, as she puts it, “How does this tie into the other things we do? Will this book in particular sit well with our other books?”

The way, then, that S. Fischer under Bublitz’s leadership has come to operate, is both of its time and ahead of its time.

“In general, you know,” she says, “S. Fischer is one of the most traditional publishing houses, not only in Germany but I think in the world. We started in 1886. I wasn’t there at the time,” she says slyly, and she pays quiet tribute to how the company sustained itself during the Nazi era in self-imposed exile. “We have a fantastic uninterrupted tradition from 1886,” Bublitz says.

“It sounds weird, but there is such a thing as the DNA of a publishing house. It’s a tradition. It’s the authors. It’s the kinds of books, but it’s also the editors.”

In slimming down on output over several years, Bublitz says, “We didn’t cut anything that was already there. We published all the books that were under contract, and I think we should do that.”

Instead, the mechanism of S. Fischer’s evolution to a leaner house dedicated to extensive market support for its books was “on the acquisition side. And that’s not easy. We have more meetings,” she says. “We discuss more. We collaborate more closely with our authors, not just over the manuscript but also regarding other aspects of publication. We try out more, like different covers and different ways of packaging things.”

“We’re defined by the choices we make,” Siv Bublitz says. 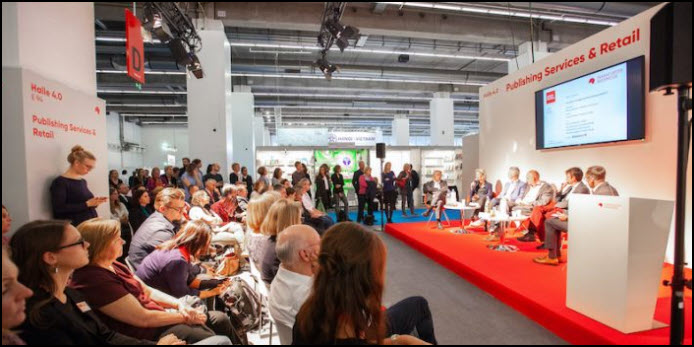 More from Publishing Perspectives on Frankfurter Buchmesse is here, more on the German market is here, and more on independent publishing is here.

More from us on Frankfurter Buchmesse 2021 starts with our special guide, which includes a detailed list of highlights, latest coverage, and links to ticket purchases, COVID guidelines, the exhibitor directory, ground plan, and more.