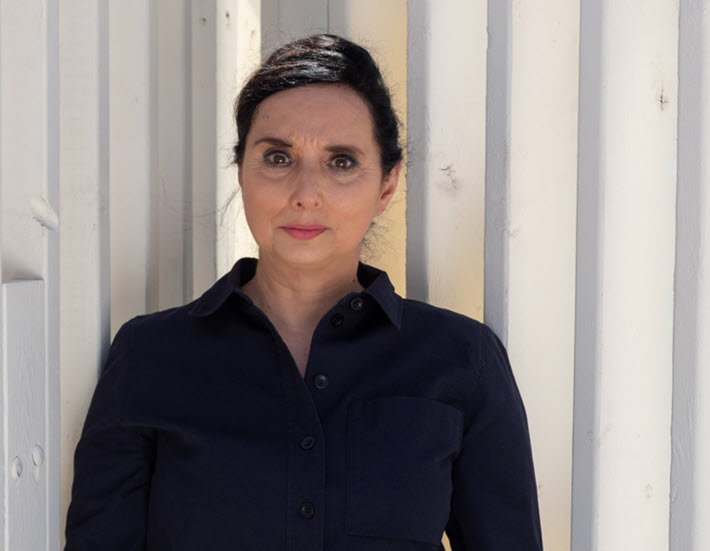 ‘My mother didn’t want us to live wars,’ said Canada’s Catherine Mavrikakis in a conversation at Frankfurter Buchmesse. (Sponsored)

‘Very Happy To Be Translated Into German’

Canadian author Catherine Mavrikakis had been hoping for a long time to be translated into German. It finally happened this month, when her 2008 Le ciel de Bay City (Bay City Sky, Éditions Héliotrope) was published by Secession Verlag as Der Himmel über Bay City, translated by Sonja Finck and Patricia Klobusiczky.

Mavrikakis was in Frankfurt as part of the official Canadian delegation for Canada’s guest of honor program at Frankfurter Buchmesse which ended Sunday. It was also the first time since March 2020 that she had been to an international event.

“I’m very happy to be translated into German,” she said. “The work with the translators went so well. They did a real literary job.”

Secession publisher Christian Ruzicska had asked if he were to translate one of Mavrikakis’ books, which one he should choose. Two editors recommended Le ciel de Bay City, which follows the life in the 1970s of an American teenager whose mother, a Polish Jew, has emigrated to the United States to escape her past. Amy, however, is haunted by that past. 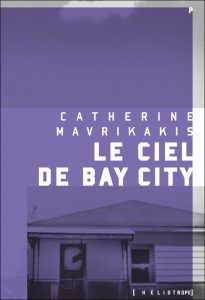 Mavrikakis was born in the United States and grew up in Montreal. Her mother was from France and her father was a Greek who emigrated to Algeria. Although Mavrikakis’ everyday life was spent in a North American reality, her inner world was inhabited by the Second World War. Her mother, from a small village in Normandy, had experienced the war in all its intensity and horror. In addition, her father had lived through the Algerian War of Independence, although he didn’t fight in it.

“My mother didn’t want us to live wars,” said Mavrikakis, “but we lived them via transmission.” That intergenerational transmission of the memory of war appears in several of her novels including Omaha Beach and L’annexe (The Annex).

Mavrikakis’ mother was born in 1925 near Caen. She was a teen during the war and lived through D-Day. She first emigrated to the United States, following a sister who had fallen in love with an American soldier.

“She talked a lot about the war,” Mavrikakis said, “but she didn’t talk about how much the war had affected her. Her accounts were fact-based. My mother didn’t tell me about the Holocaust. She had lived her [version of the] war. I discovered it later and felt like she had lied to me.” 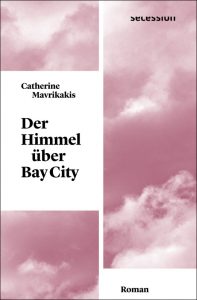 During her life in Montreal, Mavrikakis’ mother lived in a limbo of sorts, she said, watching French television, reading French magazines, stuck in a 1950s France that no longer existed. Yet she returned to France only three times after she emigrated.

Mavrikakis was fascinated by this past and visited her mother’s village, where her grandmother Flora had owned a tobacco shop. The entire village had been destroyed during the war, and it took about eight years to rebuild it, she said. Interestingly, her older brother married a German woman and moved to Germany. So Mavrikakis’ life has in some ways always had connections to Germany.

She added that she studied German philosophers who were very important for her, and she loves German and Austrian literature. She said she found the translation process of her book into German thorough and precise. “They were very careful to choose the right word.” In Le ciel de Bay City Mavrikakis had described the grandparents simply as having died during the war, whereas the translators “wanted to use the word assassinated. There was serious thinking going on.”

Mavrikakis found that during Canada’s guest-of-honor program events at Frankfurter Buchmesse, the German public was interested in Canada, and in particular about the country’s Indigenous peoples. (In Le ciel de Bay City, Amy has a child with an Oklahoma Cherokee.) She was also surprised to find that Gabrielle Roy’s classic Bonheur d’occasion, (The Tin Flute)—a book that’s read by most Québec high school students—had been translated into German.

“They want to know what we read,” she said, “but I don’t know what Germans read as children.”

Mavrikakis said she was also pleased with an exchange she had with German-Lebanese author Pierre Jarawan. They had read each other’s books and wrote letters to each other in a translation exercise within a program organized by the Goethe-Institut in Canada and Québec’s Festival de Literature International, which took place September 24 to October 3.

In a recently recorded conversation, Mavrikakis and her German publisher, Ruzicska, began with a humorous yet serious exchange: Mavrikakis asked Ruzicska why he published Le ciel de Bay City, as she didn’t think it was a book for the German public.

He countered by asking her why she thought the book, which mentions the trauma of World War II, wasn’t for a German public.

You can watch their conversation, in French, from ANEL, the National Association of Book Publishers in Québec, below.

More from Publishing Perspectives on Frankfurter Buchmesse is here, more from us on the Canadian market is here, more on Québec is here, and more on guest of honor programming is here.