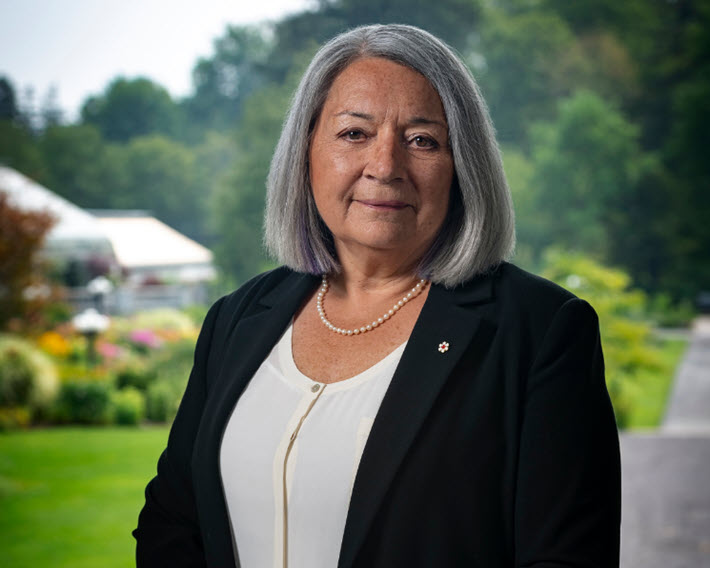 The office of Canada’s first Indigenous governor general, Mary May Simon, announces that she will include Frankfurt Book Fair in her state visit to Germany this month.

In a statement from Rideau Hall late Thursday (October 7), Ottawa has announced that “at the request of” Canadian prime minister Justin Trudeau, Mary May Simon, the nation’s governor general, and her husband the viceregal consort Whit Fraser will represent the nation at Frankfurter Buchmesse (October 20 to 24), at which Canada is the 2021 guest of honor.

The trip that May Simon and Fraser will make is to include Berlin as well as Frankfurt and will run from October 17 to 21.

“The focus of the visit,” according to media messaging from May Simon’s offices, is “to strengthen bilateral relations between Canada and Germany and represent Canada at the world’s largest publishing trade show, Frankfurt Book Fair, at which Canada is this year’s guest of honor.”

In Frankfurt, May Simon will be part of Buchmesse’s opening ceremony, and will tour the Canadian pavilion. In Berlin, May Simon’s itinerary is to include meetings with president Frank-Walter Steinmeier, the outgoing chancellor Angela Merkel, and the governing mayor of the city.

In Canada, the governor general is the federal viceregal representative of the Canadian monarch, currently Queen Elizabeth II. The governor general is appointed for a term determined at the queen’s pleasure. She or he can dissolve the Canadian parliament, grant royal assent to acts of parliament, deliver speeches from the throne, and appoint members of the privy council, lieutenant governors, and some judges, on advice of the prime minister.

The theme of Canada’s Guest of Honor year, as Publishing Perspectives readers know, is Singular Plurality: Singulier Pluriel, an expression meant to capture Canada’s culture of diversity, “where each of us is unique but connected as a whole both by our differences and by our shared values,” per Rideau Hall’s messaging.

May Simon is Canada’s first Indigenous governor general, born in the village of Kangiqsualujjuaq, in Nunavik, Québec, a point that now highlights the significance of Canada’s choice to emphasize its multiculturalism at Frankfurt.

Guest of Honor Canada is showcasing its publishing industry—as we described in a recent article on the plans—”and the immense contribution of our authors and artists on the world stage,” the statement from the governor general’s offices reads.

“Canada will also promote the sale of Canadian titles at a time when we look to stimulate our arts and literature sector, which was particularly hard-hit during the pandemic.”

The speakers now set, then, for Frankfurt Book Fair’s opening ceremony are:

The Canadian government says that this will be May Simon’s first international trip as governor general. She is the 30th of Canada’s governors general, and took up the post when approved by Queen Elizabeth II in July

The last governor general to make a state visit to Germany was Adrienne Clarkson in 2001. It’s not unusual, however, to see a Canadian governor general travel. Part of the brief is to promote good relations and alliances for the country.

May Simon and the viceregal consort—as well as “the accompanying delegation and staff” members, Ottawa says, “will undertake a COVID-19 PCR test prior to their return to Canada.

For those who have yet to travel from and to North America in recent weeks of the coronavirus COVID-19 pandemic, it is the norm at this point that even fully vaccinated citizens who are returning to their respective nations (the United States, Canada) must show a negative COVID-19 test made withing 72 hours of the return flight. 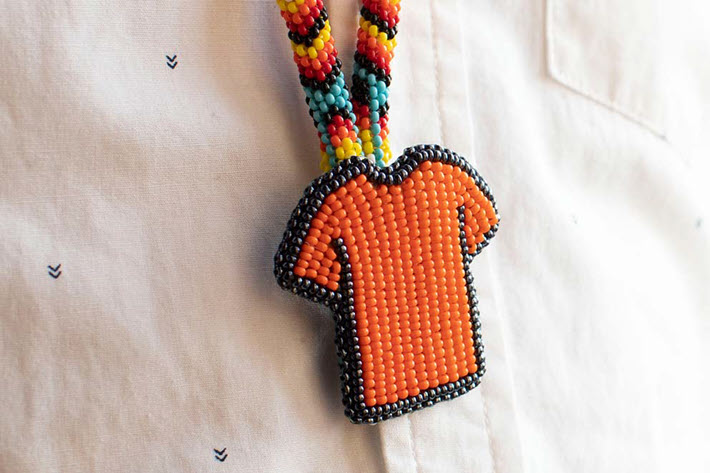 As Joan Bryden wrote for CTV, May Simon issued a statement on Canada’s first National Day for Truth and Reconciliation, which was observed on September 30. Immediately reflective of the tensions embodied by the moment, May Simon wrote, “I am speaking to you from Rideau Hall, on the traditional unceded territory of the Algonquin Anishinabe people.”

And she spoke to the catastrophe of Canada’s “Indian Residential Schools,” a long-running atrocity that has seized the Canadian conscience this year with multiple discoveries of the remains of hundreds of children.

Between 1831 and 1998, there were what Rachel Treisman describes for NPR 140 federally-run “Indian Residential Schools” in Canada. “The government separated some 150,000 Indigenous children from their families,” Treisman writes, “and forced them to attend the Christian boarding schools in an effort to assimilate them into Canadian society. Thousands of children died of disease and other causes, and the Canadian government has acknowledged that physical and sexual abuse was rampant at these schools.”

Amanda Coletta wrote for the Washington Post, that such discoveries, made by using ground-penetrating radar in British Columbia and Saskatchewan “have left the country reeling. Many Canadians are renewing pleas to take down monuments to the leaders responsible for the school system and calling for more accountability and action from the federal government and the Catholic Church.

“Among the Indigenous communities that had long told stories about the children who went missing and their unmarked graves,” Coletta wrote, “there has been fury and anger—but not shock.”

Mary May Simon—the surname is May Simon—is Canada’s first Inuk to hold the position of governor general, but she did escape the residential school system.

“As the daughter of a white father and Inuk mother,” Bryden wrote for CTV, “May Simon said in a statement that she was not allowed to attend a residential school. She stayed behind and was home-schooled.”

Truth and Reconciliation Day in Canada coincides with “Orange Shirt Day,” on which Canadians are asked to reflect on the treatment of the people of the country’s First Nations. Orange Shirt Day is named for Phyllis Webstad who survived the residential school system and wasn’t allowed to wear her favorite orange shirt while being held at one of the schools. Parliament Hill was illuminated in orange in September as part of Truth and Reconciliation Week.

Mary May Simon was Canada’s first ambassador for circumpolar affairs from 1994 to 2004, as well as a lead negotiator for the creation of the Arctic Council. She also served as the Canadian ambassador to Denmark from 1999 to 2002.

She has taught Inuktitut at the Montreal-based McGill University, home of the Cundill History Prize—which will announce its 2021 finalists in the Frankfurt Studio program—and she has been a producer and announcer for the CBC Northern Service. See our special page of highlights and other Frankfurter Buchmesse guidelines for more information.

Below is the statement recorded by May Simon for Canada’s first National Day for Truth and Reconciliation, September 30.

More from Publishing Perspectives on Frankfurter Buchmesse is here, more on Canada and its market is here, and more on publishing trade shows and book fairs is here. Coverage of issues in Indigenous publishing is here.