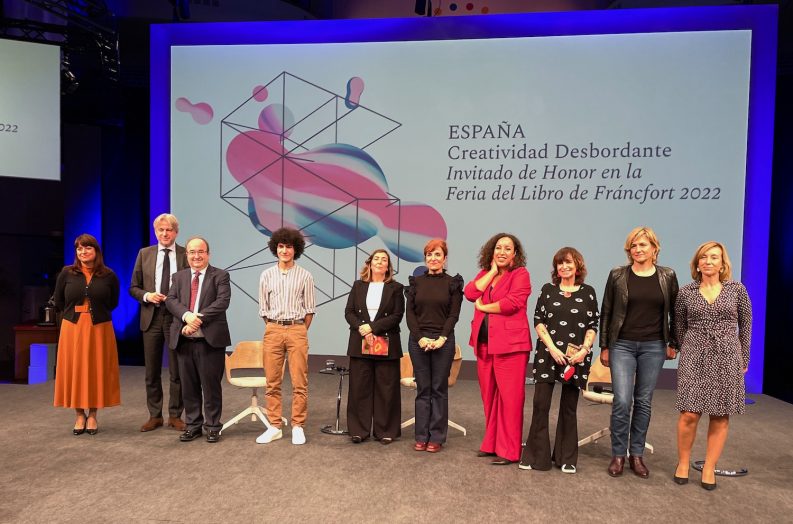 After more than 30 years, Spain returns to Frankfurt as guest of honor in 2022 with a broad array of rich and vibrant programming. (Sponsored) 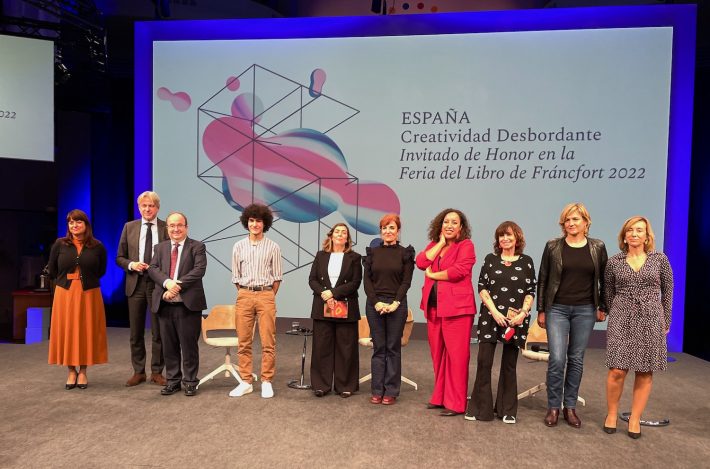 Press conference on Thursday, October 21 at 2021 Frankfurter Buchmesse to present Spain as the upcoming Guest of Honor. Image: Johannes Minkus

As Frankfurter Buchmesse 2021 heads into its weekend, the traditional Guest of Honor Handover Ceremony is set for Sunday (October 24) at 4:30 p.m. CEST (14:30 GMT) on the ARD Book Fair Stage in the Festhalle.

And with much appreciation for the “Singular Plurality” of Canada’s multicultural focus in its guest of honor turn at the trade show this year, excitement is building for the three decade return of Guest of Honor Spain to the 2022 Frankfurt Book Fair, which will run October 19 to 23.

As was emphasized on Thursday (October 21) press conference, the Spanish guest of honor program has as its top-level slogan, Creatividad Desbordante, an ebullient, joyous phrase that means, essentially, overflowing creativity—irrepressible, vital, unstoppable.

And those qualities of such are evident everywhere in the plans already being provided from Madrid as the Thursday inauguration of program as being “three decades on.” Spain will be next year’s guest of honor at Frankfurt 31 years after its last outing in the role in 1991. 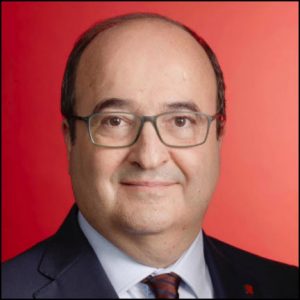 Special guests in the announcements of the week have included:

And in that press conference, the theme of next year’s special presentations was clarified by the speakers: “We are imaginative, digital, inclusive, sustainable … we overflow with creativity.” 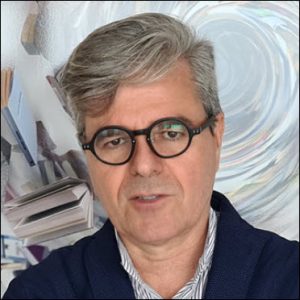 Later in the day, the Bilbao-based specialist Javier Celaya, founding partner of Dosdoce.com and head of Podimo for Spain and Latin America was seen in the new Frankfurt Studio live-origination programming stream, leading a special conversation about the future of these approaches  in Spain and its fast-growing digital publishing industry.

More events coming this week—just to mention one per day—include:

The range and size of the Spanish market(s), of course, continue to expand, and the nation, itself, has a formidable legacy of literary prowess evident in even the simplest numbers: 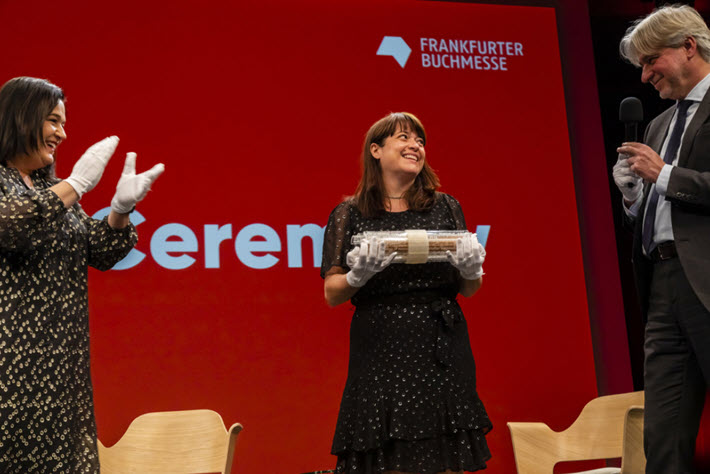 As Guest of Honor Spain’s programming develops, industry professionals are going to see a structural coherence develop around five main points of definition that Spain’s literary world knows to be fundamental to its success.

We can quote the text that organizers are offered, to help begin your orientation to the picture of this major publishing power.

And in an especially clear statement of purpose, organizers of the 2022 Guest of Honor Spain program offer two main, overarching goals.

First, the program is intended “to show the strength of Spanish culture with a focus, of course, on the book industry.”

And the second goal is “to improve Spanish literature awareness abroad”—the rights-trading mission—with an important note that all the country’s official languages are to be lifted, and “at one of the most interesting moments in recent history, with sustained growth both in internal sales and exports.”

More from Publishing Perspectives on Frankfurter Buchmesse is here  and see our special highlights page for events to consider. More from us on Guest of Honor Canada among international book markets is here, and more on diversity and multiculturalism is here.

More from us on Spain and the Spanish markets is here.