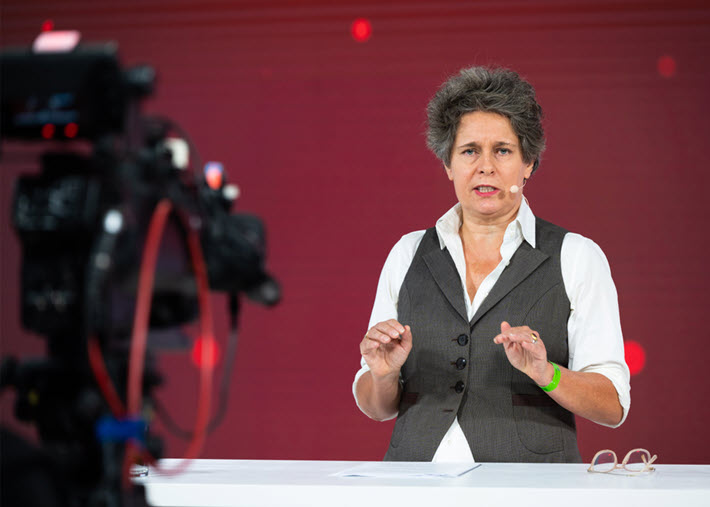 ‘The Future of Independent Publishing’

In one of the week’s many live events originating in the new Frankfurt Studio media production unit, independent publishers, agents, editors, and scouts addressed the future of independent publishing in a two-hour series of short talks with Publishing Perspectives’ Porter Anderson.

German publisher Tom Kraushaar, of Klett-Cotta introduced the centerpiece programming, and Nelleke Geel, of the Dutch independent publishing house Meridiaan Uitgevers provided a brief keynote about what it was like to launch a publishing house a mere nine months before the coronavirus COVID-19 pandemic hit.

Being an independent publisher is full of contradictions, Geel said. “There’s no end to what you want to do.” But your time and resources are limited. Still, she said, one should be confident that a lucky strike will come at some point.

‘The Future of International Meetings and Rights Trading’ 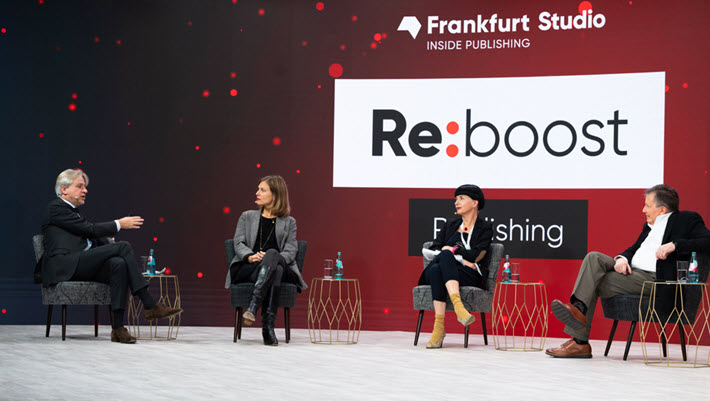 Frankfurter Buchmesse president and CEO Juergen Boos joined the first talk with the literary agent Maria Lynch of the Barcelona-based Casanovas & Lynch and London-based literary scout Rebecca Servadio about the future of international rights meetings and trading beyond Zoom meetings.

“This sharing has to be done face-to-face. The trust and the relationships and the serendipity of finding someone is very important”Maria Lynch, Cassanovas & Lynch

Boos pointed out how busy the French collective stand was and said there were approximately 55 national stands at the fair this year.

Being together on a large stand has seemed a good idea in the special circumstances of this year at Frankfurt, Boos said. It’s part of a long-term trend for Frankfurter Buchmesse to become increasingly international. The 73rd Frankfurt Book Fair this week, he said, has come it at a near 50-50 split of international and domestic exhibitor presence.

The Barcelona-based Lynch stressed that publishing is a community, one based on the sharing of information.

She said that what she loves about Frankfurt Book Fair is that there are always between five and 15 publishers she meets that she hadn’t known before.

Servadio, whose scouting agency is based in London, said that one can’t discount the fatigue that comes from keeping the connections alive around the world through online video connections. “There’s a sameness about Zoom,” she said, “that’s different from meeting people.”

Echoing something Boos said he’s hearing from many trade visitors and exhibitors this year, Servadio said she came to Frankfurt to support the fair. “You need to take a stance and say people are important.”

Cultivating relationships takes time, Servadio said, and it’s difficult for people new to the business to jump in onto Zoom without having met in previous gatherings, she said, putting emphasis on her assertion that younger people in the industry deserve support.

Lynch pointed out that Zoom is useful for organizational issues, but less so for selling rights or sharing information.

In the future, Boos said, the fair hopes to focus on partnerships with other media, digging deeper and offering quality rather than quantity. Staying open to new ventures will be important, he said, as is exchanging ideas with other book fairs, taking advantage of networks of trade show and book fair directors with whom he’s in touch.

Lynch said she found it helpful to have authors and publishers in the same space, and a format that resembles the film industry—where there’s often a mix of players would be helpful.

‘The Future of Diversity in Publishing’ 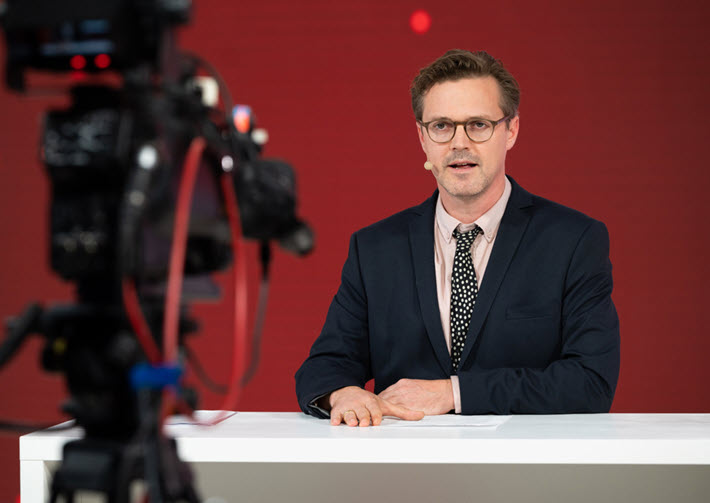 The second panel focused on the future of diversity in publishing and included Pierre Astier of Astier-Pécher Literary Agency, and publisher Juliette Ponce of Éditions Dalva, both based in Paris, and London-based Ravi Mirchandani, Macmillan/Picador UK editor-in-chief.

Astier began by saying that his 15-year-old agency represents French-language authors as well as authors from the rest of the world besides those who write in English.

His agency wants to have a global view of what is being written in the world, he said, to discover new voices written in different languages, many of which are not dominant. He likes to think about what will happen to these languages and keeps an eye on small creative presses.

In Britain, said Mirchandani, diversity tends to focus on BAME, or Black, Asian and minority ethnic groups in society. Politically, he understands why this is important, but in terms of the business, focusing entirely on race and gender can be limiting, he said.

Ponce, who publishes only women writers, said she agreed with Mirchandani—even if she only publishes women—because she finds there isn’t enough space for them in the French publishing world. She tries to find a variety and diversity of voices, Ponce said, not necessarily all linked to feminism.

She hopes that in the future, she said, that “we will go toward a less stereotyped view of diversity.”

Astier encouraged Frankfurt Book Fair to continue to invite small countries and minority languages, maintaining an openness in the industry’s purview to them.

‘The Future of Book Markets’ 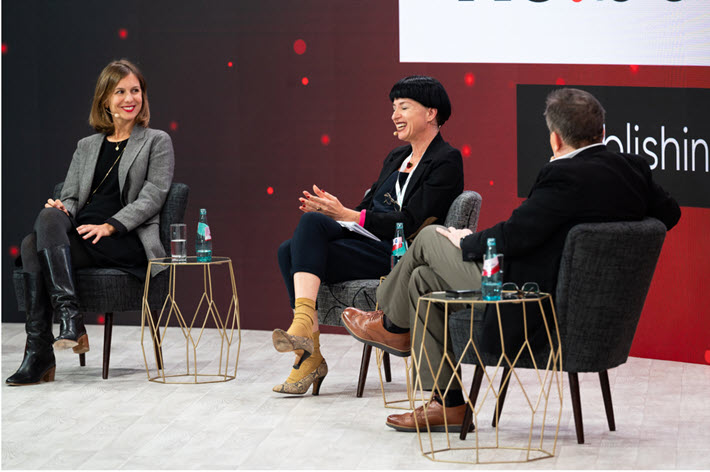 The final panel on the markets of the future—with or without COVID-19, as the program’s title had it—brought publisher Sandro Ferri of Edizioni E/O in Milan together with Jean Mattern, author, and foreign literature editor at Paris’ Grasset.

Ferri said he believes there are two worlds in publishing—independent and corporate publishing—and that they co-exist but rarely meet except sometimes in Frankfurt.

The independent and corporate worlds would do well to come together more frequently, he said, and cooperate because they need each other.

Mattern said that in France the balancing act between corporate houses and independent publishers was fair. He also added that the French market has a tradition of strong independence for imprints and divisions even of major corporate companies.

Having worked for independent publishers including Actes Sud and Gallimard, he said, now that he’s at Grasset, although it’s part of Hachette, he does have total autonomy.

And everyone agreed that independent bookshops need the entire industry’s support in order to survive, even amid the evolving relationships of industry players and consumers with digital retail.

Community, Mattern and Ferri stressed, is the special province of bookstores, much as the work of independent publishers with their curatorial license can be.