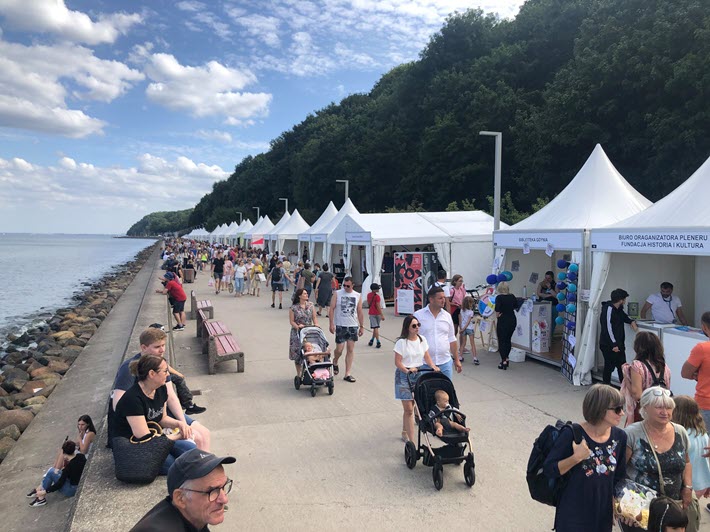 Using close to 100 exhibitor tents, the Warsaw Book Fair moves outdoors this month to make its return in an open-air setting.

Previous editions of Warsaw literary events, including the Open Air Reading Room, have been held on the Baltic Sea waterfront Gydnia site, using multiple tents as this year’s Warsaw Book Fair will do. Image: Fundacja Historia i Kultura

After last year’s edition was canceled because of the coronavirus COVID-19 pandemic, the Warsaw Book Fair is returning to the Polish capital for an outdoor edition, September 9 to 12, offering visitors free access to about 100 tents hosting a wide range of literary events.

The show’s new venue in the city center, close to Warsaw’s landmark Palace of Culture and Science, marks a return to the show’s roots.

In the late 1960s and the 1970s, the event’s predecessor was also held outdoors, gaining major popularity with the city’s residents. In 2013, after many years of being hosted inside the palace, the fair moved to Warsaw’s then newly-built National Stadium, benefiting from the facility’s 35,000 square meters of space.

The fair’s 2018 edition drew a record attendance of some 83,500 visitors. This year, the event’s formula was adapted for pandemic considerations, which has raised a number of challenges, according to Jacek Oryl, director of the fair and vice-president of Fundacja Historia i Kultura, the History and Culture Foundation that produces the event.

“To make the fair fully open-air, Oryl tells Publishing Perspectives, we’ve decided to set up around 100 tents, including six big ones. They comprise five sections and will host more than 200 exhibitors from Poland and abroad.” A similar setup has been used in past years’ Nadmorski  Open Air Reading Room festival, normally held in July. 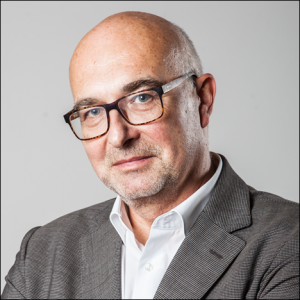 “Naturally, this is significantly fewer than the 800 exhibitors we hosted in 2019, but we’re glad our visitors will be able to take part in as many as 300 sessions with authors, including 11 writers from our guest-of-honor country, the Czech Republic. We’ll also host exhibitors from Russia, Spain, Romania, and Scandinavia.”

The Czech segment, which is to include 50 events, is developed in partnership with the Moravian Library in Brno, which is responsible for that market’s international literary promotion efforts.

“Among others,” Oryl says, “the Polish Chamber of Books and the Moravian Library will host a panel discussion for publishing industry representatives during which we’ll compare the state of book reading in Poland and the Czech Republic.” 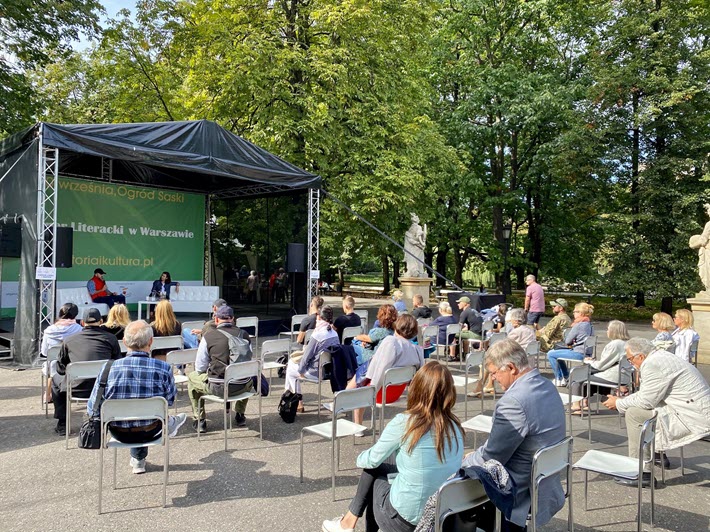 Experience in hosting open-air book events in other Polish cities, including its annual seaside Nadmorski Open Air Reading Room and the open air Literary Festival in Warsaw, are proving useful in organizing this year’s edition of the city’s flagship book fair.

“Typically, about 50 to 70 publishers take part in such outdoor events, and the fair’s larger size is generating additional challenges,” Oryl says.

“We have to ensure electricity for 90 smaller tents and six big ones, and we’ve also had to obtain a number of permissions from the city authorities, the sanitary inspectors, and other institutions. But in our future editions, which we want to hold indoors, we might decide to locate a part of the fair outdoors.”

Some of the events in the fair’s program include segments dedicated to popular genres including crime fiction, children’s literature, science fiction, and nonfiction. One of the planned events includes the awarding of the Ryszard Kapuściński Prize, dedicated to the author of The Emperor.

The nominees for the main 100,000-złoty prize (US$26,327) for a nonfiction book translated into Polish include:

In addition to the main prize, the award also carries a 20,000-złoty purse for the winning book’s translator. The remaining four authors will receive 5,000 złoty each, and their books’ translators will be given 2,000 złoty each.

More from Publishing Perspectives on the Polish market is here, and more from us on book fairs is here.