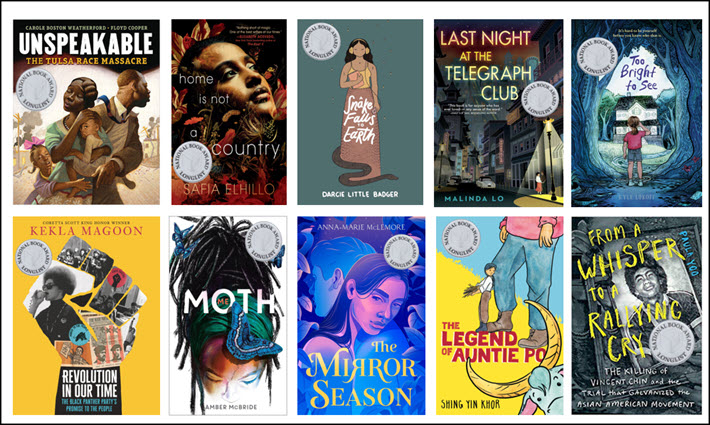 ‘The Fabric of Our Own Communities’

The United States’ National Book Awards now set for November 17, has begun today (September 15) announcing its longlists for the 2021 National Book Awards. As this program likes to do, it’s parsing the announcements across five categories on sequential days.

Finalists—the shortlisted entries—are to be named October 5. The longlist provided today to members of the news media is for the National Book Award for Young People’s Literature.

The longlistings for work in young people’s content includes, as the foundation says in its media messaging today, race and politics, familial history and global events, “and the magic woven in the fabric of our own communities.”

Publishers submitted a total of 344 books for the 2021 National Book Award for Young People’s Literature.