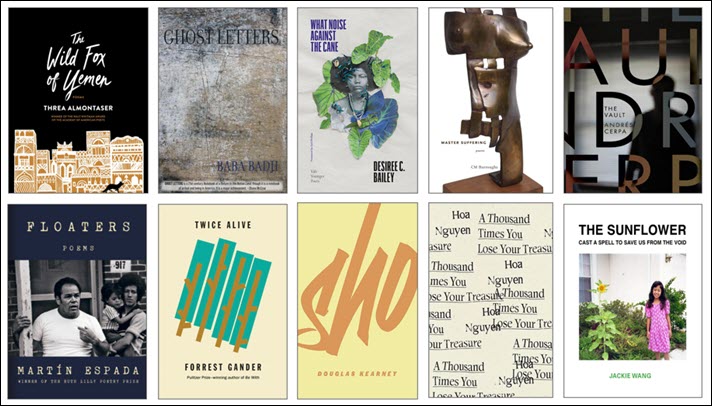 Eight independent publishers produced nine of the titles on the National Book Awards’ 2021 Poetry list. The 10th title is from a university press. 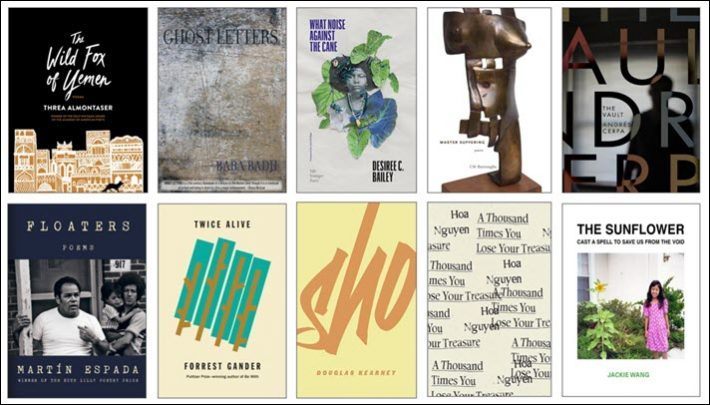 The final longlist from the National Book Foundation for the 2021 National Book Awards in the United States is a 10-title jury selection of work in Poetry.

Perhaps the most interesting element of this list for longtime National Book Awards followers is that nine of the 10 poets on this year’s longlist are first-time honorees in the National Book Foundation program. Forrest Gander is the only one of the group who has been recognized earlier in this awards program, an d that was in 2018 when his collection Be With was longlisted.

Two Pulitzer Prize-winners are in the 2021 longlist, as are two Whiting Award-winners.

Publishers placed a total 290 books into competition in the Poetry category this time.

As Publishing Perspectives readers know, finalists in all five catetories are to be named on October 5, and winners in all categories will be announced live at the National Book Awards Ceremony on November 17.

More from Publishing Perspectives on the National Book Awards is here, and on awards programs in general is here. More from us on nonfiction is here.