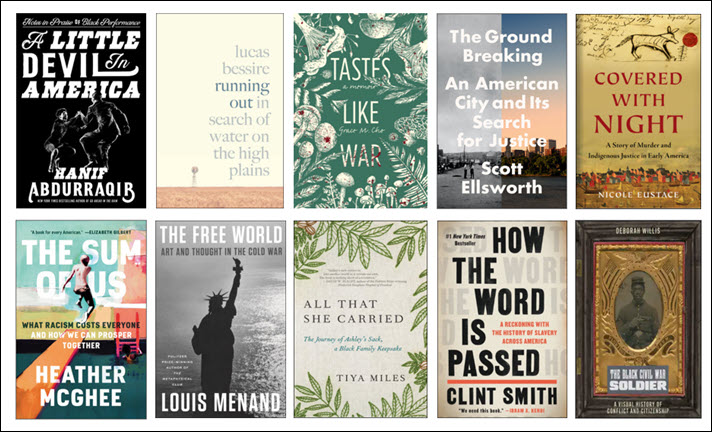 The timeliness and relevance of issue-driven literature is captured in the 10-book longlist for nonfiction from the US National Book Awards. 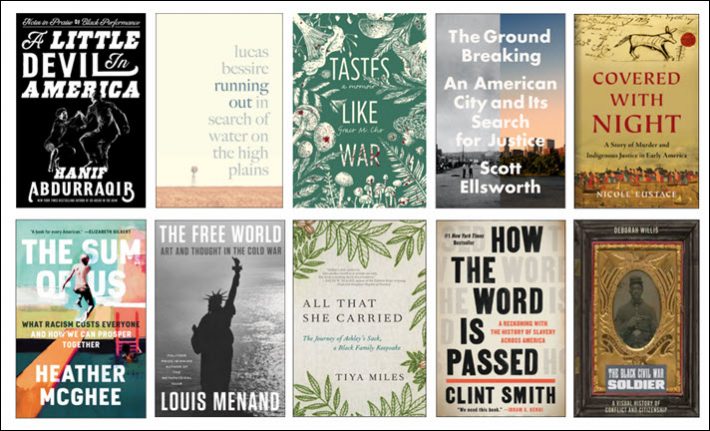 A Total 679 Titles Submitted in Nonfiction for 2021

The fourth of five longlists released by the National Book Foundation for the 2021 National Book Awards in the United States is a 10-title jury selection of works in nonfiction.

There’s a funny thing about nonfiction, something being reflected in the national culture in which these awards are an annual fixture.

“Nonfiction,” in relatively convivial times, often is assumed to refer to instructional work, perhaps historical research, self-help and motivational writings, heart-warming memoir, rigorous biography. But when the going gets rough, nonfiction turns political. And, as has been demonstrated by the sector’s remarkably robust presence since Donald Trump’s election in 2016, the Stateside implication for almost anything referred to as “nonfiction” has meant political literature.

One look at the longlist chosen by the jury in this National Book Awards category, for example, shows you multiple viewpoints on Black America and the nation’s extraordinary racism with which it has yet to come to terms. No fewer than six of the 10 titles on this list approach the Black American experience, making it clear that the United States remains seized of the subject.

And yet, there also is a focus here on colonialism and Indigenous peoples from Nicole Eustace and a climate-crisis story of immense importance, Lucas Bessire’s Running Out: In Search of Water on the High Plains.

Perhaps most important to those of us whose careers are based in the arts-and-criticism combine of the near-term 1980s and 1990s, there’s Louis Menand’s soaring study. The Free World: Art and Thought in the Cold War. Its audiobook edition narrated by David Colacci runs to almost 35 hours.

While it seemed that the 415 titles submitted by publishers in fiction for the National Book Awards Publishers represented a big total, there were 679 books put into competition for the 2021 National Book Award in nonfiction. That’s 264 more titles in nonfiction than in fiction. Those who like to think that fiction rules the roost in the American industry may want to consider those numbers.

As Publishing Perspectives readers know, finalists in all five catetories are to be named on October 5, and winners in all categories will be announced live at the National Book Awards Ceremony on November 17.

More from Publishing Perspectives on the National Book Awards is here, and on awards programs in general is here. More from us on nonfiction is here.