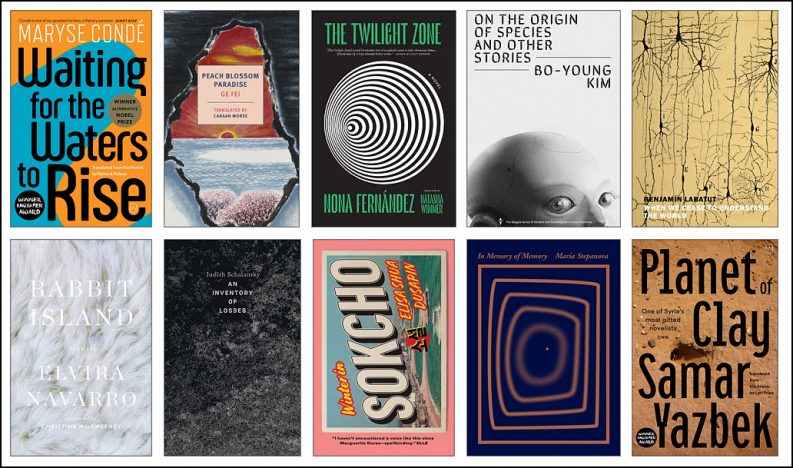 Translated works longlisted for the 2021 National Book Award have been recognized in stages of the International Booker, the Saif Ghobash Banipal, the Valle Inclán, and the Prix Mondial Cino del Duca. 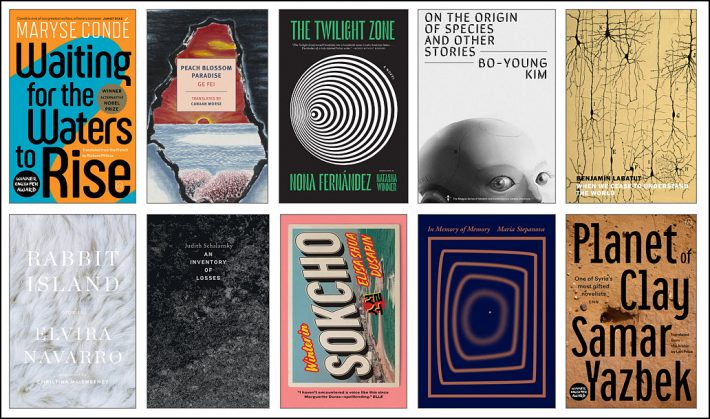 Translations to English From Seven Languages

The second category listing to be released in the United States’ 2021 National Book Awards longlists is for Translated Literature. The newest of the five categories, this one was implemented in 2018, and is not unlike the Booker International Prize, which similarly recognizes work translated into English.

For Publishing Perspectives‘ internationalist readership of world publishing executives and rights specialists, this category is of keen interest. Indeed, some of these translations have been followed for some time by our readers.

For example, here is Benjamin Labatut’s When We Cease To Understand the World in its translation by Adrian Nathan West. It was shortlisted for the International Booker in June in its UK edition from Pushkin Press. Another translation our readers know is Sasha Dugdale’s translation of Maria Stepanova’s In Memory of Memory from, in England, the translation house Fitzcarraldo Editions. It, too, was shortlisted for the International Booker, which was won, of course, by David Diop and translator Anna Maschovakis.

In this iteration of the Translated Literature category of the National Book Awards, the 10 longlisted entries give us two works in French, one in Chinese, one in Korean, one in Arabic, one in German, one in Russian, and three in Spanish.

Publishers submitted a total of 164 books for the 2021 National Book Award for Translated Literature. Finalists—the shortlisted entries—are to be named October 5. The 2021 awards ceremony now is set for November 17 and is anticipated to be, for the most part, an in-person event for fully vaccinated attendees in New York City at the customary home of the gala, Cipriani Wall Street.

The jury’s decisions are made independently of the National Book Foundation staff and board of directors and deliberations are strictly confidential.

More from Publishing Perspectives on the National Book Awards is here, and on awards programs in general is here. More from us on translation and translators is here.