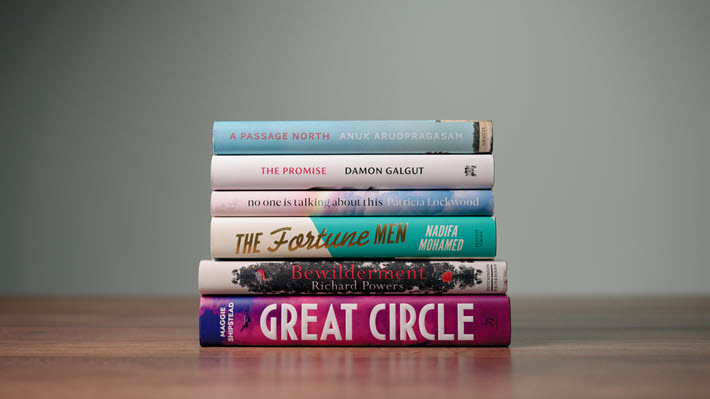 The six novels chosen for the 2021 Booker Prize for Fiction represent an even split this year between women and men authors. 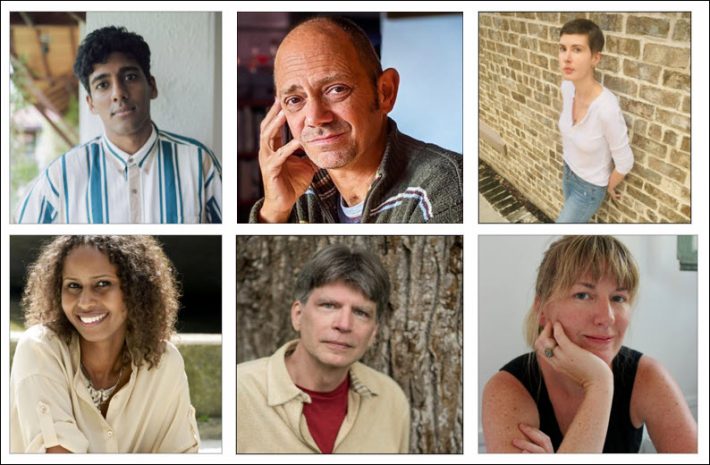 Winner To Be Named November 3

If the third time is a charm, the South African author Damon Galgut may be feeling very good today (September 14) as the Booker Prize for Fiction’s jury names him to its shortlist for a third time—this time for The Promise. He earlier was honored with shortlistings for The Good Doctor (2006) and the interpersonal intrigue of In A Strange Room (2010).

In addition today, Richard Powers has been moved forward for a second shortlisting for Bewilderment, having been recognized in 2018 for The Overstory.

Penguin Random House imprints are behind four of the six titles honored this year, with Bloomsbury and Granta contributing one title each. And for the record, actual gender diversity prevails in this shortlist. That’s neither more men nor more women: it’s three and three.

The shortlist was announced in London this afternoon by the 2021 chair of the jury, Maya Jasanoff, in a live event online, chaired by BBC arts correspondent Rebecca Jones in a central London location on the Thames. We’re embedding the video of the announcement today below for you.

We’ll be adding commentary from a news conference on today’s announcement as current overseas travel allows us to revisit the news.

Reiterating quickly from our longlist announcement, the list was chosen from 158 novels published in the United Kingdom or Ireland between October 1 of last year and the upcoming September 30. The Booker Prize for Fiction is open to writers of any nationality writing in English and published in the UK or Ireland.

Shortlisted authors each receive £2,500 (US$3,456) and a specially bound edition of their book.

The winner is to be named on November 3 at Broadcasting House’s Radio Theatre in partnership, again this year, with the BBC for live broadcast on several of its many outlets. The winner receives £50,000 ($69,114).

The Booker jury is chaired by historian Maya Jasanoff–winner of the 2018 $75,000 Cundill History Prize for The Dawn Watch: Joseph Conrad in a Global World (Penguin Random House in Canada and the UK, HarperCollins in the States. With Jasanoff are jurors:

In a prepared statement for today’s announcement, Jasanoff says, “With so many ambitious and intelligent books before us, the judges engaged in rich discussions not only about the qualities of any given title, but often about the purpose of fiction itself. We’re pleased to present a shortlist that delivers as wide a range of original stories as it does voices and styles. 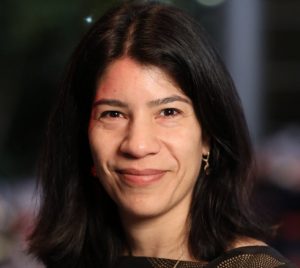 “Perhaps appropriately for our times, these novels share an interest in how individuals are both animated and constrained by forces larger than themselves.

“Some are acutely introspective, taking us into the mind of a Tamil man tracing the scars of Sri Lanka’s civil war, and an American woman unplugging from the internet to cope with a family crisis. Some enter communities in the throes of historical transformation: the Cardiff docklands in the early years of British decolonization, and the veld around Pretoria in the last years of apartheid.

“And some have global sweep, following a mid-century aviator in her attempt to circumnavigate the planet, and a present-day astrobiologist raising a son haunted by climate change. While each book is immersive in itself, together they are an expansive demonstration of what fiction is doing today.”

And Gaby Wood, the Booker Prize Foundation director, is quoted, saying, “This year, over the course of nine largely solitary months, five strangers of disparate backgrounds showed each other what they saw in stories—what dazzled them or challenged them, what touched them or left them unmoved. In the process they showed something of themselves, and came to trust each other as a result.

“They also proved that the best literature is elastic: both because so many different things can be seen in it,  and because—as one of the judges said—the best of fiction can make you feel as though your mind, or heart, are a little bit larger for having read it.

“In congratulating the shortlistees, it’s worth remembering how true this remains of the 2021 longlist, all of which will continue to be celebrated at thebookerprizes.com, the new home of the prizes and the half-century-old Booker Library.”

Here’s the video of today’s announcement: