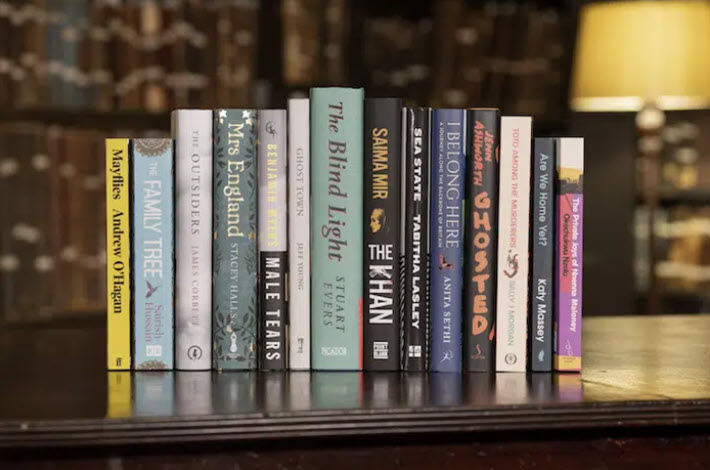 Of the 14 titles named to the Portico Prize fiction-and-nonfiction 2021 longlist, eight are debut publications for their authors.

Fourteen Titles, Four of Them Nonfiction

Another day, another awards notice, this time one which, as our readers will recall, stresses “the spirit of the North” in England.

The biennial Portico Prize for Literature carries a purse of £10,000 (US$13,560) and recognizes work that “explores Northern lives and landscape across fiction and nonfiction.” Established in 1985, its mission has benefited in recent years from the ongoing conversation in the British market about the traditional London-centric nature of UK publishing industry. As more publishers create “northern offices,” the Portico program has a chance to gain relevance for its potential in highlighting regional talent.

It’s interesting to note that while many in the United Kingdom’s industry feel that areas outside London get less attention from leading publishing houses, most of these books—with just three exceptions—are published by the household names: either a Big Four house or one of the major independent houses that hold such sway in Britain. Here are Hachette; Pan Macmillan and its Picador division; Bonnier and its Manilla Press (which really is spelled with two Ls); HarperCollins and its 4th Estate; Oneworld; Little, Brown; Faber & Faber; and Bloomsbury.

Of the three lesser-known houses, one—Jacaranda—is an avidly watched independent press run by women of color to promote diversity. Little Toller Books is indeed a regional press, based in West Dorset (with a bookstore in Beaminster) and well known among discerning industry players for its production of serious literature. Eye Books, established in 1996, has widened its purview beyond travel and geographically relevant material to broader nonfiction and a fiction imprint, Lightning Books. Last year the company set up a digital-first fiction list, Lighting Bolts.

The award is housed in and named for the Portico Library, a 215-year-old independent subscription library on Mosley Street in Manchester. The library hosts not only the Portico Prize but also an annual Portico Sadie Massey program of awards for young people in categories of book review and creative writing.

This is a trend, by the way, in the many (many, many, many) publishing and book awards programs we cover: lots of debuts. The prospects may not be quite so bleak as it’s comforting to say they are, when it comes to finding a genuinely powerful publisher for one’s first outing on the market. It’s always good to remember that there’s usually a difference in the first thing someone gets published and the first thing that same person has written.

And just for the record, the value of the Portico Prize’s focus on the North of England is borne out by the caliber of many of its past honorees, who include Benjamin Myers, Richard Benson, the late Anthony Burgess (who was a Manchester native); the ubiquitous Val McDermid; Norwich’s Sarah Hall; AS Byatt; new Poet Laureate Simon Armitage; and someone named Hilary Mantel.

A shortlist is expected on December 7.

The winner is to be named in a ceremony in Manchester—at guess which library—on January 20.