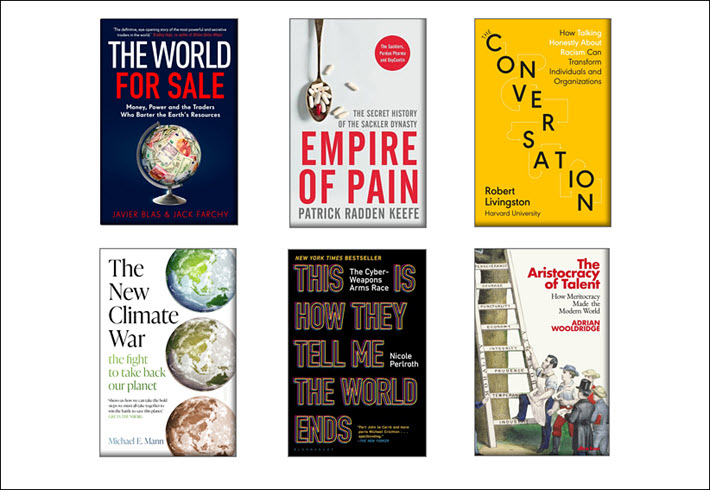 Issue-driven nonfiction brings cultural and science topics into the business context in the 16th Business Book of the Year Award shortlist.

Six Titles in Racism, the Climate Crisis, and More

As the thundering deluge of publishing and book award news roars on, the FT and McKinsey Business Book of the Year has joined the flood by announcing its shortlist on Thursday (September 23).

The key criterion here is a book “judged to have provided the most compelling and enjoyable insight into modern business issues,” and the winner is expected to be named on December 1 in London.

There are six selections in the shortlist.

FT and McKinsey Business Book of the Year 2021 Shortlist

The jury for this program in 2021 is led by Roula Khalef, editor of the Financial Times, who says about the shortlist, “We had a fabulous longlist of compelling, deeply researched books to choose from this year.

“Many thanks to the judges for taking the time to read them and engaging in the debate that produced this excellent shortlist. It tackles many of the pressing issues facing business today, including climate change, cybersecurity, and racial discrimination.”

Khalef is joined on the jury by: