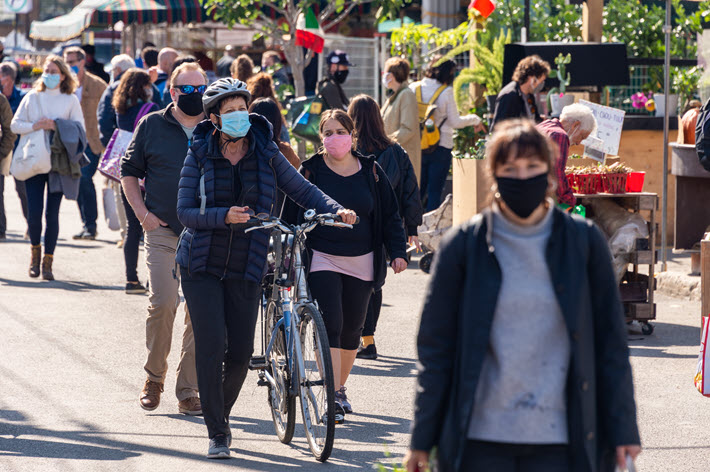 While Canadians surveyed on diverse books said they’re reading more widely, they’re not sure they want authors writing outside their own demographics.

In a report released last month, BookNet Canada has reported that readers surveyed seem to understand the importance of diversity in their reading and to be making moves they felt reflected more consumption in in that direction.

In some definitional questioning, survey respondents said that “diversity” in their reading should indicate books about perspectives, opinions, and/or stories that are different from their own.

Some 62 percent of respondents said that books should represent a variety of experiences, and 48 percent said they had or “sometimes had” read more diverse books in the past year. It’s worth knowing, however, that in 2020, they’d said they’d read more diversely by a percentage point, at 63 percent. 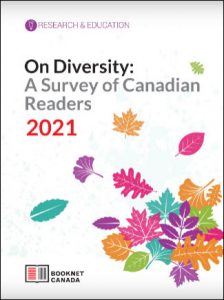 Readers who had read more diverse books in the last year, said they:

Maybe some of the most interesting material along these lines in the Canadian report is just what respondents said meant “diversity” in terms of their interest. The interests run from colonization and “unstable or precarious housing” to child-free interests and unconventional appearances.

In other words, the meanings of “diversity” are very diverse: 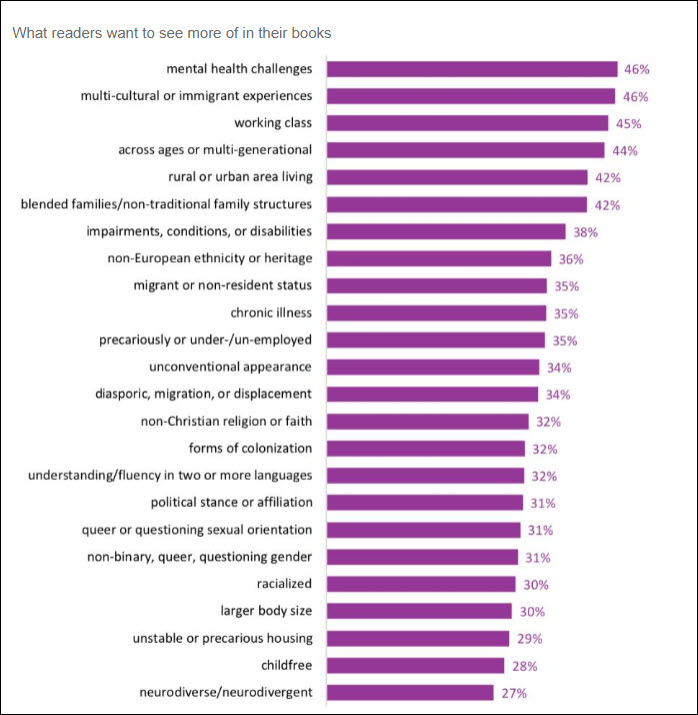 In summing up some of the points of the diversity elements of the survey, the BookNet team reports, “The top experiences or perspectives that all readers want to read more about or see more often in their books are mental health challenges (46 percent), multi-cultural or immigrant experiences (46 percent), working-class experiences (45 percent), and stories across ages or multi-generation (44 percent).”

Based on the pattern of answers to some prompts, readers who read more diverse material seem to warm up to it and demand more. 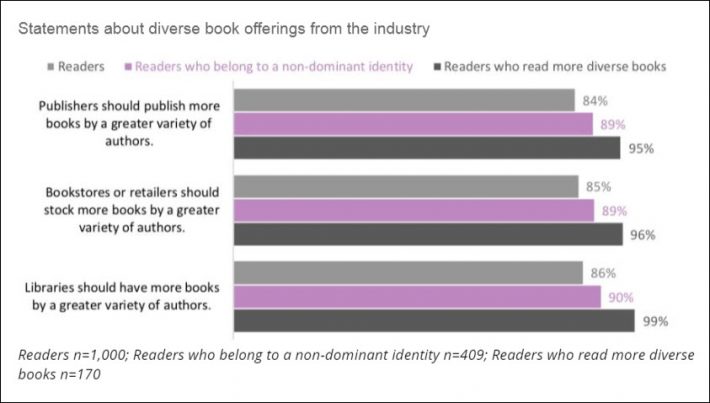 And as to who should be doing the writing, some of the respondents could trigger a lively debate, many consumers saying that at least sometimes authors should “stick to what they know. 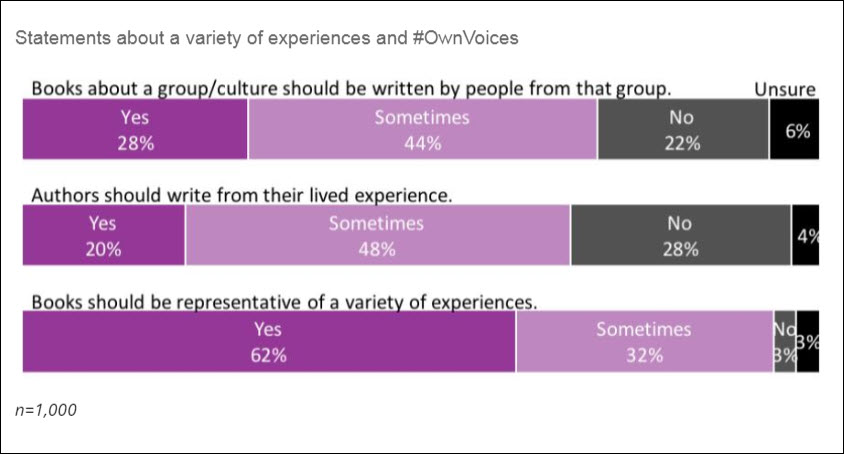 The report is available free of charge in the run-up to Guest of Honor Canada at Frankfurter Buchmesse (October 20 to 24). More information on the survey and its parameters is here.

More from Publishing Perspectives on BookNet Canada and its research is here. More from us on the Canadian market is here, more on Frankfurter Buchmesse is here, and more on issues in diversity and inclusivity is here.