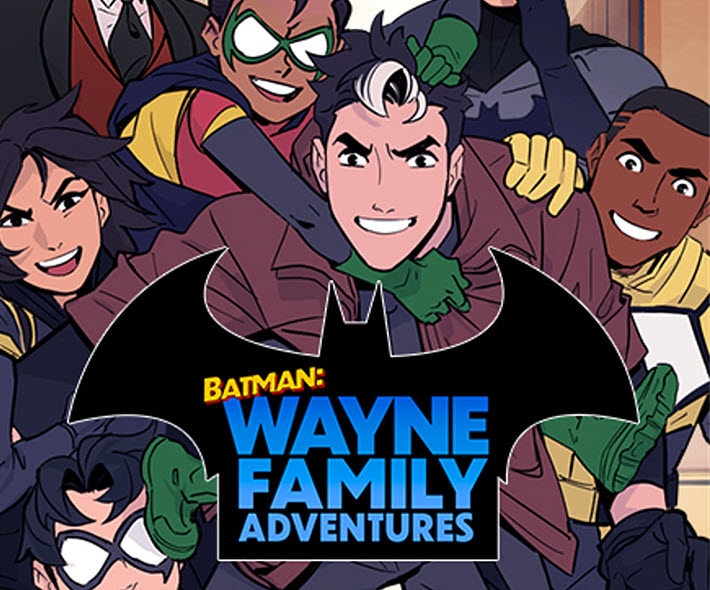 The platform for user-generated comics content has a partnership to create new DC Comics branded content for the Webtoon platform.

Not simply the usual licensing program, the new partnership announced this week between Webtoon—the comics platform of parent company Naver—and DC Comics is being described as a “creative collaboration” in which the company expects to develop new stories set in the DC Comics universe.

The company has had such deals in the past, Webtoon representatives tell us, with Archie Comics, and also has revived such a connection to BTS, the K-Pop group that’s a global sensation.

The new work on offer reaches into the DC Batman brand lexicon for characters, situations, look and feel.

In the DC arrangement, a first installment of a series called Batman: Wayne Family Adventures was activated Wednesday (September 8) on the platform, and can be accessed free of charge here. Big images, vertical format, and spare dialogue bubbles are hallmarks here, no doubt for quick and easy smartphone consumption.

DC, of course, is a WarnerMedia company which works to “strategically integrate its stories and characters across film, television, consumer products, home entertainment, interactive games, and the DC Universe Infinite digital subscription service,” which includes a community portal.

In a prepared statement, Webtoon Entertainment US head of content David Lee is quoted, saying, “Webtoon is really relishing the opportunity to explore the DC Universe in a novel new way. Batman: Wayne Family Adventures is a great example of what we can do when we pair a world class team of creators with a leading entertainment company like DC.”

And here is that team of creators Lee refers to:

In this first series, the premise, as described by Webtoon, is that “Batman needs a break, but with new vigilante Duke Thomas moving into Wayne Manor and an endless supply of adopted, fostered, and biological vigilante children to manage, Bruce Wayne is going to have his hands full. Being a father can’t be harder than being Batman, right?”

Publishing Perspectives‘ readers know Webtoon primarily as one of the attractions in the recent sale of Canada’s Wattpad to Webtoon parent Naver.  Much of the Webtoon platform is a kind of comics analogue to Wattpad, a site at which self-publishing users can generate their own comics-renditions of their stories, much as Wattpad’s huge international user base of readers and writers consume and create serial output. 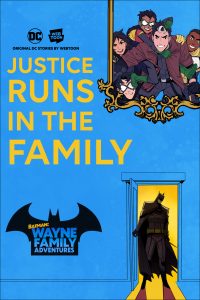 This, as Wattpad co-founding CEO Allen Lau told us in his January interview, is part of the attraction of the merger. He spoke of “audio, movies, television, and now this entertainment ecosystem also contains comics and animation. Just imagine one intellectual property, a story on our platform—the content IP. There are so many ways we can capture the value of that IP. Not just in text anymore but also in the form of print books, in the form of movies, in the form of comics, in the form of TV shows. You name it, we can cover it, and it’s going to be a whole lot more.

“I think the synergy is very obvious. At the same time, it’s also been very clear from Naver, and we agree, that we should operate as independently as possible” with Lau and Yuen and their team continuing, intact, in Toronto. “We’ve been doing really well. And if it’s working, you keep going.

“And then we’ll find ways to create synergy with our broader ecosystem and broader audience.”

The acquisition was completed in May.

Webtoon’s media messaging this week says that it’s the No. 1 app among 16- to 24-year-olds in Korea, drawing more than 72 million monthly active users. The company’s content, lies in romance, thriller, fantasy, and comedy, as well as in other genres.