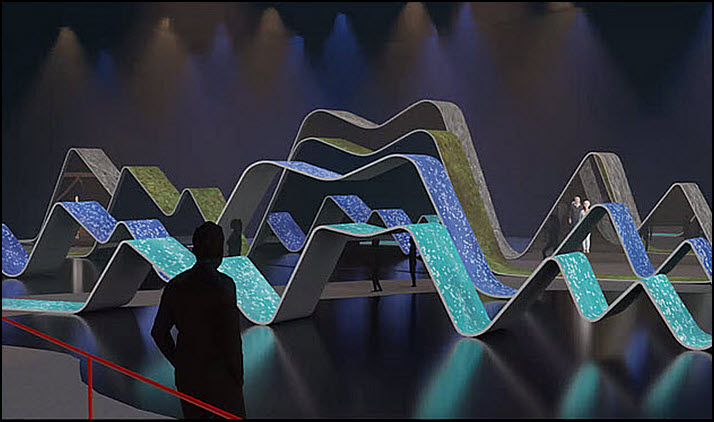 In praise of resilience, creativity, and its cultural ‘Singular Plurality,’ Guest of Honor Canada is looking for ‘where we discover the raw material of inspiration.” 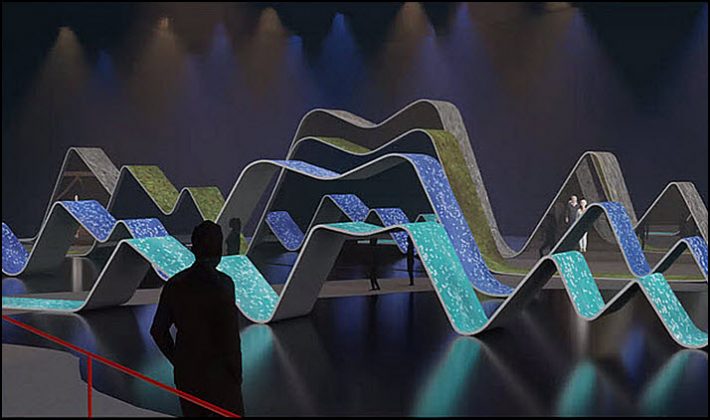 A view of the planned Guest of Honor Canada pavilion installation at Frankfurter Buchmesse. For the first time, a Frankfurt guest of honor pavilion will have a digital interpretation, a ‘Web-accessible site-integrated’ app using the conceptual framework devised for the project by the design group Mirari and the Toronto-based Majestic Media. Image: FBM and Canada FBM2021

An Emphasis on ‘Journeys’

As affable as ever, the executive director of the Canada FBM2020, Gillian Fizet, told Frankfurter Buchmesse’s Juergen Boos on Tuesday, “It has been quite the journey” in terms of getting the Guest of Honor Canada program to the trade show.

Originally scheduled as Frankfurt’s guest of honor market for 2020, the Canadian delegation had to shift into an online expression of their plans as the all-digital evocation of Frankfurt played through last year, then ramp back up to full force for this year’s event.

In fact, as went Canada, so went Spain, Slovenia, and Italy. An updated look at Frankfurt’s guest of honor markets now:

And what Fizet revealed in the news conference was that talks about Canada’s interest in being a Frankfurt guest of honor market began with Boos as early as 2013, before she joined the program, herself, in 2017.

“We obviously were set back by the pandemic,” she said, “but thanks to Frankfurt Buchmesse’s goodwill as well as that of Spain, Italy and Slovenia, we were given the opportunity” to take up the role of guest of honor this year. “And we’re so happy that we’ll be able to be there in person. 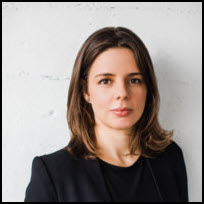 “At the beginning of this journey in 2017,” Fizet said “we set ourselves the goal of having 200 titles translated into German. And today in 2021, we are close to over 350 titles that have just been published or are about to be published in the year 2020 and 2021, so that’s outstanding.

“I’d also like to point out that we’ve heard from our colleagues at the Canada Council—who were instrumental as well in this project—that there has been a higher number of subscriptions to their translation programs internationally since Canada became the guest of honor. So for us, this project was always about showcasing Canadian authors and illustrators to the world, and the Frankfurt Book Fair was essentially the best starting place for our industry to really get the exposure that we think we deserve.” 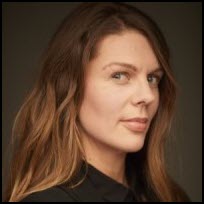 The Canada FBM2021 project’s associate executive director, Jennifer-Ann Weir,’ spoke from Montreal about the “Singular Plurality” concept of Canada’s participation, a reflection, of course, of Canada’s bilingual construct and that nation’s long-running conversation—with much translation—of what it means to be both French- and English-speaking, as a country, in North America where the resonant Indigenous voices of the First Nations assert themselves, too, sometimes with a majesty to match the country’s vast landscapes.

“We produced a program, a virtual program, Weir said, that can attempt to create an intimate relationship between the audience or the readers and the authors. And I’m happy that we can reconnect the authors and readers by a hybrid programming this year–in person physically at the Frankfurt Book Fair and also virtually.”

Weir explained that a top-line goal of the interactive digital space is to give those “watching from Canada,” if you will, a sense for the look and feel of the ranging design of the pavilion in Frankfurt, along with the chance to see and hear the nine Canadian authors who will travel to Frankfurt, as they appear on-site and give readings, and so on.

‘A Kind of Territory’ 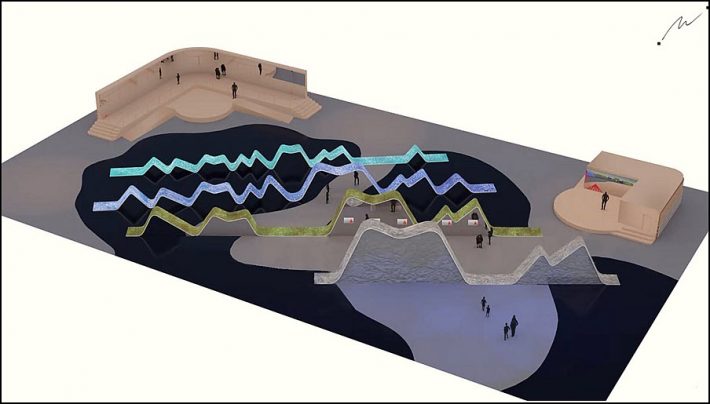 An aerial conceptual rendering of the Mirari design, with a presentation space for authors in the upper right corner. Image: FBM, Canada FBM2021

Designer Gonzalo Soldi, the Montreal-based multidisciplinary studio Mirari‘s creative director and co-founder, then spoke to the news conference Tuesday, pointing out that the installations and spaces the company frequently works in are distinguished as “ideas that bring people together. 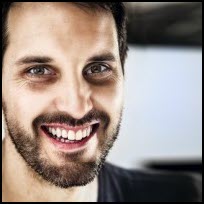 “So by bringing people together,” he said, “this is a good example—this pavilion we’ve imagined and will finally get in there” at Messe Frankfurt’s Forum, a chance “to bring it to the real world.”

Those who know the sheer expanse of forests in Canada will recognize easily what Soldi and his team are doing.

“The concept of this this pavilion,” he said, “is based on the richness of the natural environment and the different themes” of Canada’s topography. “Water, mountains, forests, this pavilion wants you to think of a kind of a territory as an inspiration for Canadian authors, illustrators and creators.

“So the goal is that we embark the visitors on a literary and metaphorical journey to this space. This scenery is variety, and it is stunning, and it is shaped by a unique journey of geological phenomena and weather.”

The elevated pathways you see in the design, evocative of the splendor of the land and its elements, are representative also, Soldi said, of paper, so fundamental to the concept of writing and of books and reading them. And paper, he said, “is influenced by new media,” as anyone following publishing’s digital acceleration can tell you. “We wanted to think of paper flying through the pavilion, amplified by lighting, sound, and interactive video effects so that people will be able to pass through in terms of themes.”

Even some of the flooring in the pavilion is devised to be sensitive to the step, spawning characters if the alphabet “that will fly around the pavilion.”

And by repeatedly grounding that flight of paper and its ideas in the Canadian lands’ mineral resilience, Soldi said, “it’s where we discover the raw material of inspiration.” 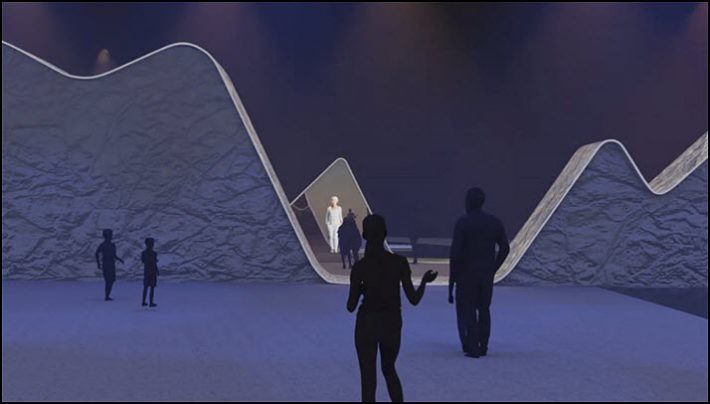 The emphasis in this rendering of a Guest of Honor Canada pavilion view is the persistent presence of water as part of the nation’s geographic identity. Image: FBM, Canada FBM2021

Authors expected to make their own journeys—that word comes up constantly in the Canadians’ discussion of their project—include:

And they are part of a cohort of 58 authors who will participate either physically or digitally in the programming, led by the most famous of the delegation, Margaret Atwood—who last was seen at Frankfurt in 2019, in the show’s closing gala.