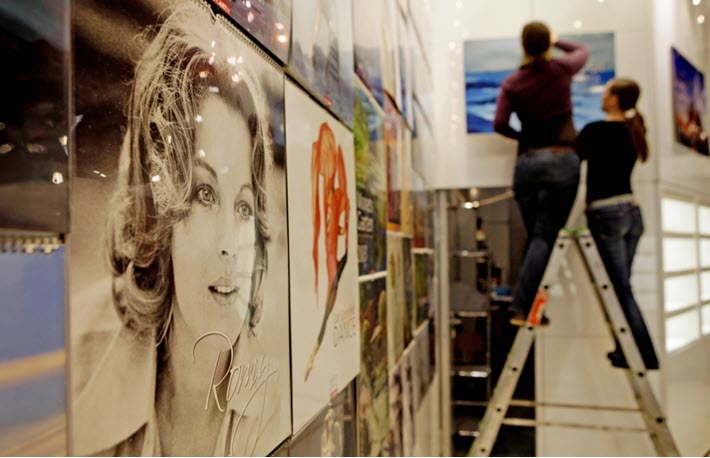 On the road to Frankfurt Book Fair, a comprehensive digital program will prepare trade visitors–at the fairgrounds and online–for Frankfurt Week.

Setting up the Aufbau Verlag stand at the 2012 edition of Frankfurter Buchmesse. Image: FBM, Alexander Heimann

At Frankfurter Buchmesse, the core event, of course, is being planned as an in-person live trade show, October 20 to 24.

In the run-up to Frankfurt Week, however, an all-digital program will be available, running October 11 to 15. Tickets are now on sale for this programming.

There are several components to what you can see from Frankfurt both before and during the show, beginning with the digital Frankfurt Conference. 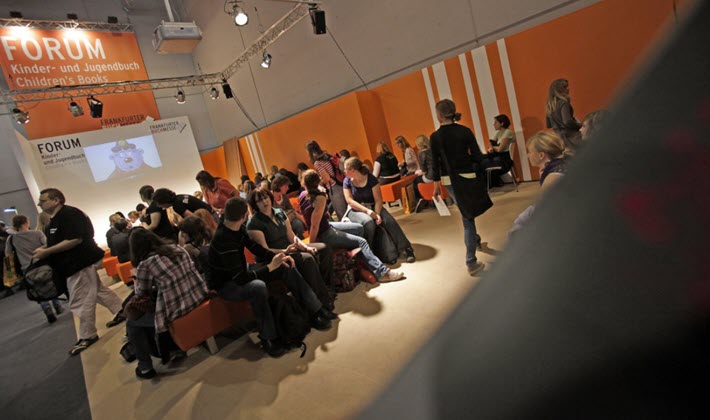 On October 11, the academic publishing program, curated by Sven Fund of ResearchGate, is to feature 15-minute sessions in which speakers will offer concise talking points. Those speakers include:

Focusing on a single, clear topic, each speaker will provide executives with an overview of what’s likely to be vital to business interests in the near future.

And on October 12, the trade publishing program, curated by Publishing Perspectives, will feature “mini-keynotes,” videos, panel discussions, and interviews, all built around central challanges in international publishing. Speakers include:

Among topics on tap are international perspectives on book sales and book trade; editorial strategies pertinent to handling today’s markets; what’s ahead for children’s book publishing; and trends in the field of rights and licensing.

Frankfurt Studio: Live From the Fairgrounds 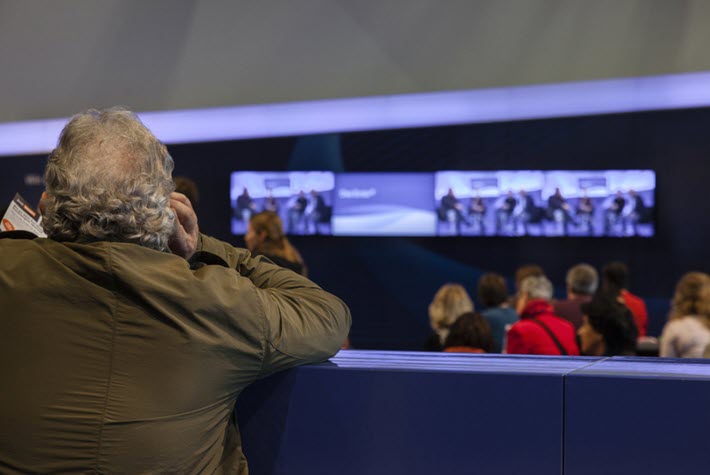 Originating in the new 500-square-meter Frankfurt Studio with a 72-square-meter multi-media stage in Halle 4, live-to-stream programming will be available from October 20 to 22.

At Buchmesse, trade visitors will see the output on an LED screen in the Agora. In other parts of the world, the programming will be found on Buchmesse.de

Frankfurter Buchmesse and its partners have curated the content to include a panel discussion organized by Frankfurter Buchmesse and the World Intellectual Property Organization (WIPO) titled “The impact of COVID-19 on the global publishing industry” with the president of the International Publishers Association (IPA) Bodour Al Qasimi taking place on Frankfurt Wednesday, October 20 and Frankfurter Buchmesse’s first STARTS Day on Friday, October 22. In that program, stakeholders from diverse backgrounds will shine a light on the key issues the European Union project STARTS is concerned with, such as sustainability, humans in the digital world, and the climate and biodiversity crisis.

There’s more about Frankfurt Studio and its Inside Publishing program here.

Also on October 11, a new series of digital events called Frankfurt’s Master Class series will offer two to three sessions daily through Friday, October 15. Each is about 45 minutes in length and will offer a company or representative of a service in the international publishing industry with a presentation of business cases and insights into future fields and topics, ranging from audiobook production through artificial intelligence and the digital transformation of the value chain, mentoring, and self-censorship in publishing.

The twelve Master Classes will feature speakers including Jo Surman, Fionnuala Barrett, and Jessica Barnfield of the HarperCollins UK audio team presenting “Audio Publishing: Behind the Scenes” on Monday, October 11 at 4 p.m. CEST, and DeGruyter vice-presidents Brian Bishop and Scott Williams whose class will be on “How digital transformation works at a mid-sized academic publishing house” on Tuesday, October 12, 5 p.m. CEST.

The networking series called “The Hof” was implemented last year as part of the all-digital Frankfurter Buchmesse and works as a kind of friendly post-mortem to each day’s events, an online session in which various figures in publishing will lead some conversation, and participants in many parts of the world will have a chance to meet and exchange intersts.

Information and registration is here.