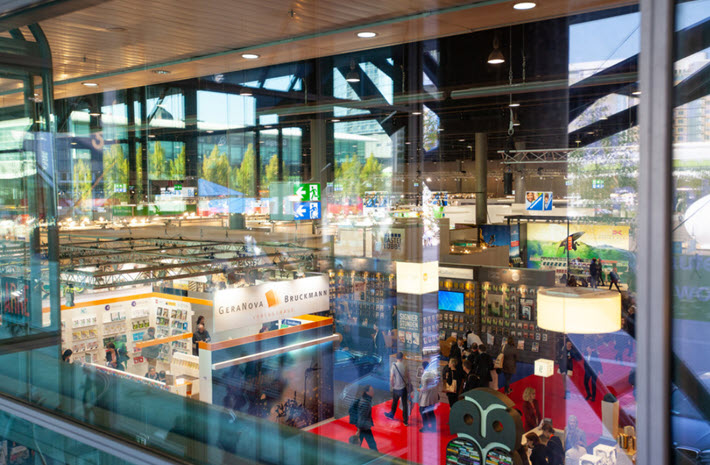 The 73rd edition of Frankfurt Book Fair will include viewing on the Agora of streamed events from Frankfurt Studio.

Boos: ‘To Bring People Back Together’

As interest quickens in the world publishing community around Frankfurter Buchmesse’s planned 2021 physical iteration set for October 20 to 24, organizers today (September 1) have announced new details of what’s designed to be an in-person event flanked by digital-only elements and by components that are both—meaning they are “hybrid” in the sense that they originate at Messe Frankfurt and are available online.

The 73rd edition of the world’s largest publishing-industry trade show has publishers, service providers, and literary agents registered to participate from more than 60 nations, with at least 110 organizations engaged for the first time.

Forty-one national collective stands are among the growing directory of exhibitors, from countries including Argentina, Bulgaria, Estonia, France, Japan, Switzerland, Taiwan, and Hungary. Guest of Honor Canada’s programming on-site and online will present both the French- and English-language markets.

Ahead in years to come, Frankfurt’s guest-of-honor markets will include Spain in 2022, Slovenia in 2023, and Italy in 2024, and this year, those countries’ publishing industries are represented by large collective stands. 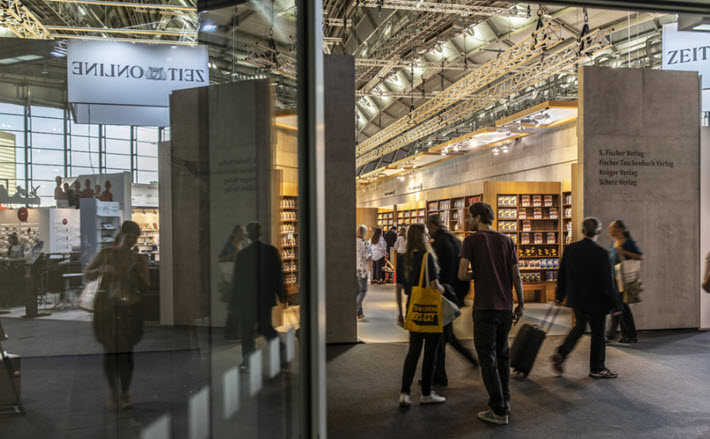 Juergen Boos, the show’s president and CEO, confirms today that safety measures undertaken in response to heath regulations have been specifically worked out with the authorities. 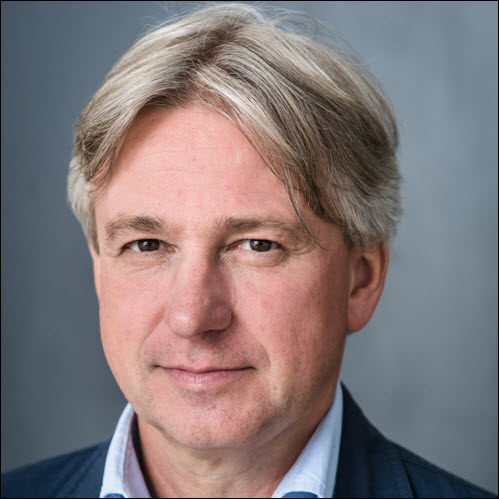 “We have a special permit to hold the Frankfurter Buchmesse,” he says. “According to the current health and safety plan, 25,000 participants will be able to visit the book fair each day.”

This of course is a smaller contingent of publishing professionals than usually is seen at the fair. In its last traditional evocation in 2019, Buchmesse drew 302,267 total visitors in a week. Nevertheless, many more preparations are being put into place in cooperation with public-health directives developed in association with officials, as organizers say, “to ensure that the book fair can take place without putting visitors at risk.

“This includes an indoor air supply of 100-percent fresh, non-recirculated air,” today’s media messaging says, while the floorplans of the fairground’s buildings are being planned with more spacious aisles and entryways—”a generous layout of the exhibition halls and entrances,” as the fair describes it.

“The strategies that have proven successful in responding to the COVID-19 pandemic will be one of the most frequently discussed topics at this year’s fair, along with diversity and sustainability.”Juergen Boos, Frankfurter Buchmesse

What’s more, there are “intensive cleaning procedures, catering that reflects current health and safety needs, and the wearing of masks” involved in the program as they come together.

“According to current planning,” organizers say, “entrance to the fairgrounds will only be permitted to individuals who are vaccinated, who have recently tested negative, or who have recovered from COVID-19.

Ticketing will take place online and will require a full registration of personal information, thereby ensuring that contact-tracing will be possible, if necessary.”

“What we’re hearing from many exhibitors,” Boos says, “is that in-person interactions cannot be replaced by digital venues.

“That’s why this year we’re working to bring people back together, so the industry can emerge from the crisis stronger than before. The strategies that have proven successful in responding to the COVID-19 pandemic will be one of the most frequently discussed topics at this year’s fair, along with diversity and sustainability,” says Juergen Boos, president of Frankfurter Buchmesse.

And the programming framework released today includes events held in the week of October 11 ahead of the physical Frankfurt week itself. All times we’re listing here are CEST. Frankfurt will be on Central European Summer Time until October 31.

Before the Fair: Frankfurt Conference and Master Classes 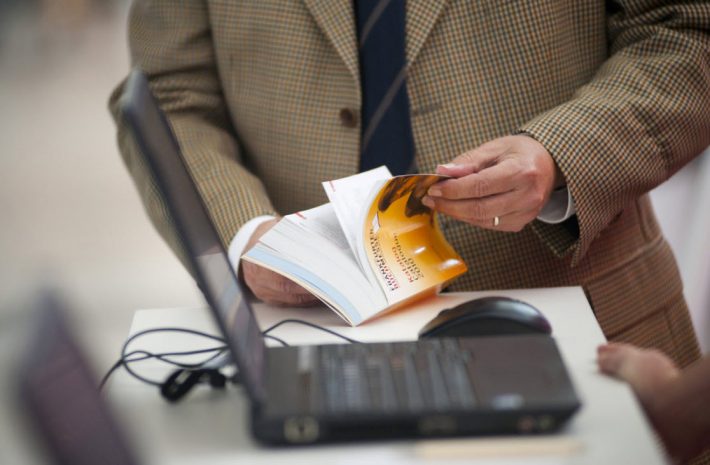 At an Infostand in Hall 4, Frankfurter Buchmesse 2010. Image: Peter Firth

The first day of the digital Frankfurt Conference will focus on academic publishing, while on Tuesday various CEOs and publishers from multiple industry segments will discuss current challenges and developments affecting the publishing sector. Both days of the conference will end with a networking session in the Hof series.

The focus will be on the implications of the COVID-19 pandemic for the book trade and publishers, and strategies and innovations that have resulted. Other topics include current literary film adaptations and the rights business, as well as trending developments in the children’s book market.
With, among others: Siv Bublitz, publishing director, S. Fischer Verlage; Cyrus Kheradi, senior vice-president of international sales and marketing, Penguin Random House; and Peter Warwick, president and CEO of Scholastic. 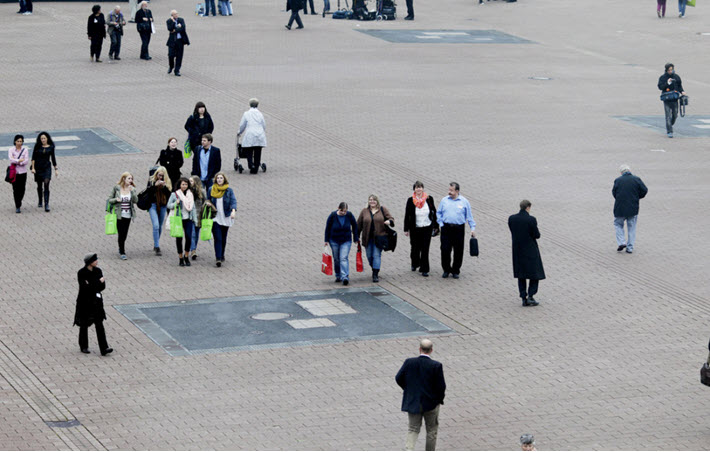 In the Messe Frankfurt Agora, 2012. This year, Frankfurt Book Fair organizers will be streaming live events from the Frankfurt Studio B2B program onto an LED screen in the Agora and online. Image: FBM, Alexander Heimann

During the week of the fair, from October 20 to 22, events held as part of the trade program called Frankfurt Studio: Inside Publishing will be viewed in real time on an LED screen on the Agora, the huge open-air plaza between the fairgrounds’ exhibition halls. A majority of the events will be streamed live from the studio on the Buchmesse.de site, as well.

The Impact of COVID-19 on the Global Publishing Industry
Wednesday, October 20
11 to 12 a.m. CEST
Live stream on the Agora and on buchmesse.de

In this digital panel, co-organized by the World Intellectual Property Organization (WIPO) and Frankfurter Buchmesse, WIPO’s chief economist, Carsten Fink, will launch WIPO’s publishing industry report and, together with industry experts, will take a closer look at the impact of COVID-19 on the publishing industries.
With Bodour Al Qasimi, president of the International Publishers Association (IPA); Andre Breedt, managing director of Nielsen Book; and John Degan, chair of the  International Authors Forum. The moderator for the event will be Benedicte Page, deputy editor, The Bookseller.

CEO Talk
Wednesday, October 20
2 p.m.
Live stream on the Agora and on buchmesse.de

Fabrice Bakhouche, deputy CEO at Hachette Livre, will be the guest at the fair’s annual CEO Talk, presented by Bookdao (China); buchreport (Germany); Livres Hebdo (France); and Publishers Weekly (USA). Rüdiger Wischenbart moderates the event, which is organized in partnership with Frankfurter Buchmesse and the ReBoot Books debate series. The discussion is expected to focus on the current edition of the annual Global 50 Ranking of the International Publishing Industry. Bakhouche will be asked questions by editors from the publications and is expected to discuss strategies used by Hachette’s new leadership team to navigate the COVID-19 pandemic.

Accessibility Now: Will You Be Ready for the European Accessibility Act in 2025?
Wednesday, October 20
3 p.m.
Live stream on the Agora and on buchmesse.de

In June 2025, the European Accessibility Act will come into force, requiring any publishing company doing business in Europe to make its ebooks available in accessible formats. This practical session, co-organized by the Federation of European Publishers, Frankfurter Buchmesse, the International Publishers Association and WIPO, will focus on two questions: what do publishers need to do and how can they do it? The session is to include WIPO’s ABC International Excellence Award for Accessible Publishing. IPA director of communications and freedom to publish James Taylor moderates a panel including Laura Brady of the House of Anansi; Rachel Comerford of Macmillan Learning; and Cristina Mussinelli of the LIA Foundation (Fondazione Libri Italiani Accessibili).

Guest of Honor 2022 Spain
“Have a Look at Spain”
Wednesday, October 20
5 p.m.
Live stream on the Agora and on buchmesse.de

The Future of Independent Publishing
Thursday, October 21
2 to 3.45 pm
Live stream on the Agora and on buchmesse.de

Guest of Honor 2022 Spain
“Ebooks and Audiobooks in the Spanish Market”
Wednesday, October 20
4 p.m.
Live stream on the Agora and on buchmesse.de 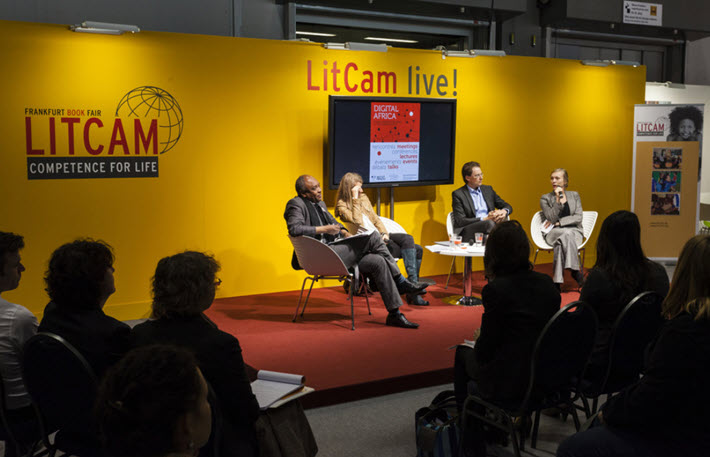 Frankfurt Book Fair has become a member of STARTS (for science, technology, and the arts), an initiative of the European Commission under the Horizon 2020 research and innovation program. STARTS is intended to support collaborations between artists, scientists, engineers, and researchers that implement European policy. The emphasis is on people and projects that contribute to handling social, ecological, and economic challenges facing Europe. The day at Frankfurt is to explore such topics as sustainability, humans in the digital world, and the climate and biodiversity crises. High-profile project presentations are anticipated from Remix el Barrio; Oceans in Transformation; On View; and the Growing Pavilion.

In The Arts+, Frankfurt and B3 again will present a space for media developments, moving images, and expertise on the future of the global cultural industries. Ten works by artists from the B3 Biennial of the Moving Image will be shown in The Arts+ area.

For the first time, Frankfurter Buchmesse and the trade association Verband Bildungsmedien e. V. are partnering and will stand up a forum in the “Frankfurt EDU” area of Hall 3.1. The Education Forum is expected to offer a stage for exchanging ideas on issues impacting the educational debate in Germany. With the involvement of another partner, the literacy campaign LitCam, the program is to address the topic of publishers as providers of digital, analogue, and hybrid products.

This program will be delivered primarily in German, and the discussions will focus on how publishers and initiatives can help overcome educational challenges, from early childhood education to lifelong learning.

As Publishing Perspectives readers know, several awards programs culminate during the dates of and around Frankfurter Buchmesse in addition to WIPO’s ABC International Excellence Award for Accessible Publishing, which is being conferred at Frankfurt for the first time. 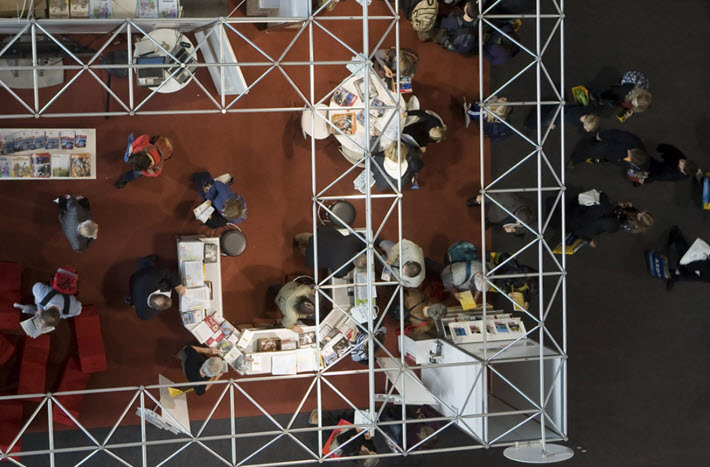 The new Hof series of informal conversations and networking begins on September 30 with 15 sessions, running to mid-December. These events allow users participating digitally in the fair to meet and hear from featured guests, with live music and breakout events. Participation is free. Registration for all The Hof sessions begins in mid-September here.

A couple of sessions announced today are:

After an interview with French publisher and fellowship participant Marie-Pierre Gracedieu, the 2020-2021 Frankfurt fellows and guests will have an opportunity to get to know each other and exchange ideas during breakout sessions.

Frankfurter Buchmesse is produced with support from Germany’s Neustart Kultur program and from the state of Hesse.