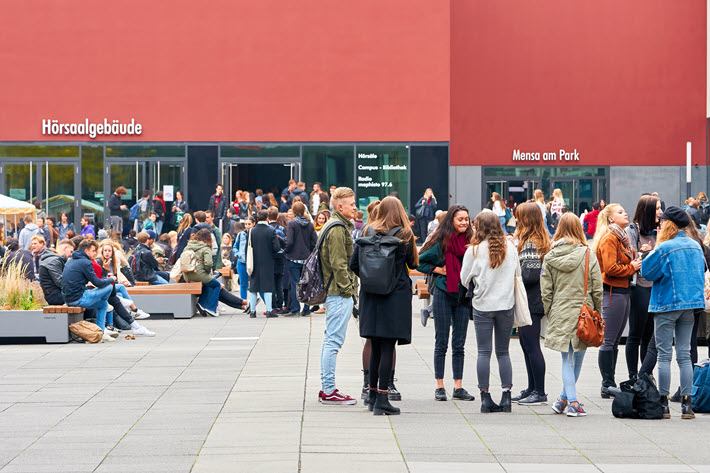 The implementation of Germany’s Copyright Knowledge Society Act is seen in a new survey to be cutting into textbook sales.

An alarming report this morning (September 2) from the Börsenverein des Deutschen Buchhandels, Germany’s publishers and booksellers association, has messaged the news media of what officials call a “catastrophic” survey of trends in textbooks and study books.

Students and teachers at German universities, the report says, are buying significantly “fewer and fewer” such titles, as revealed by a first comprehensive textbook sector survey made by Bertram Salzmann on the Börsenverein’s behalf.

And Publishing Perspectives readers may understand the situation most easily if we point out that it has some parallel to the Canadian copyright “Modernization Act” of 2012 and the havoc that has ensued since its implementation in 2013 as the higher-education sector accesses publishers’ and authors’ content without paying to license it.

Quick Background on the Concern in Germany

Legislation called the Copyright Knowledge Society Act (Urheberrecht Wissensgesellschaft Gesetz—you’ll see it referred to as the UrhWissG) went into force in Germany on March 1, 2018. As the copyright team at the Börsenverein writes, “Among other things, it expands the possibilities for university teachers to provide students with excerpts from digital or printed scientific works and textbooks without their universities having to obtain licenses under reasonable conditions.

“The main provisions of the law were originally limited to 2023 in order to be able to examine their effects on the market. For this purpose, the Börsenverein had the 2018 Monitoring of textbook sales put on,” and it’s the results of that monitoring program we’re hearing from today.

“In 2021,” Börsenverein writes, “the regulations were surprisingly extended without any prior evaluation. The federal ministry of justice has now subsequently carried out a public consultation on the evaluation, in which the Börsenverein is participating” as of August 31.

What we’re learning now, then, is the result of that monitoring/survey effort the Börsenverein put into place in 2018, and the news doesn’t look good.

Skipis: ‘The Result of the Survey is Catastrophic’

Alexander Skipis, General Manager of the Börsenverein, this morning writes the organization’s positioning on the situation.

“The result of the survey is catastrophic. It shows the dramatic effects of the changes in copyright law on the scientific publication market that we warned the federal government about.

“If authors of high-quality teaching media and their publishers continue to lose sales,” Skipis says, “it becomes impossible for them to offer high-quality material.

“In most courses, however, students and teachers rely on excerpts from high-quality teaching media in digital semester reserves and textbooks for self-study. If the universities do not acquire their content on the market under reasonable conditions, but rather use it license-free due to legal regulations, there will be fewer and fewer of them and in some subjects there will soon be none at all.

“Since the federal government surprisingly and prematurely lifted the limitation of the most important regulations of the UrhWissG anchored in the law without waiting for the explicitly intended evaluation, we can now see the extent of the developments without being able to counteract.”

As well as on behalf of the publishing industry, “In the interests of students and teachers in Germany, we appeal to a future federal government to make the necessary corrections and restore fair framework conditions under which publishers and authors can offer diverse, high-quality, and target group-specific academic textbooks.”

Top Line Observations from the Survey

The fastest way to see the falling sales and turnover being flagged by the Börsenverein’s report from Bertram Salzmann with Media Control data is to look at the simple percentage drops being tracked over the past three years in sales and units of printed and digital textbooks.

Today’s report says that publishers were able to offset a small part of the decline in sales through price adjustments.

The average price of a textbook rose from €31.03 in 2017 to €33.27 in 2020 (US$36.76 to $39.41) . In order to fully compensate for the present decline in sales, an increase in average prices over the analysis period of over 20 percent would have been necessary. But it’s understood that this wouldn’t have been reasonable for many students’ budgets.

In his analysis, Salzmann reportedly is assuming that the decline is caused on one hand by changes in study behavior and on the other hand by an increasing free use of excerpts from work within the framework of copyright restrictions. We must note, however, that there’s no specific data from universities for the extent of the use of excerpts.

Salzmann is making an estimate that more than 14 million excerpts from textbooks and magazine articles are used for research and teaching, subject to restrictions.

Since 2003, when paragraph 52a of the copyright act (now superseded) became possible for the first free use of extracts from works, sales of teaching media have declined by up to 30 percent, according to publishing players in the marketplace. The results of the current survey show that the decline in sales has accelerated since the expansion of license-free uses through the “UrhWissG 2018” (the new Knowledge Society Act).

Saltzmann’s survey is based on around 42,900 textbooks from 340 publishers. Publications tracked are ones designed for use in connection with academic teaching events and have their markets almost exclusively in the corresponding target groups–students and lecturers at universities. 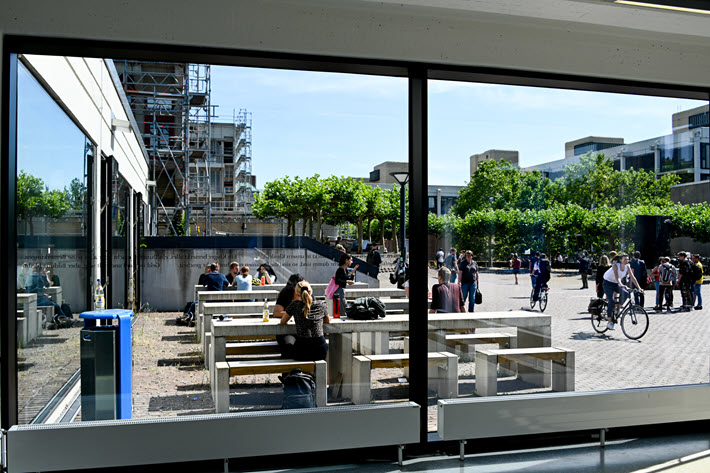 More from Publishing Perspectives on the German market is here, more from us on the Canadian Copyright Modernization Act is here, more on educational publishing is here, and more on copyright issues is here.