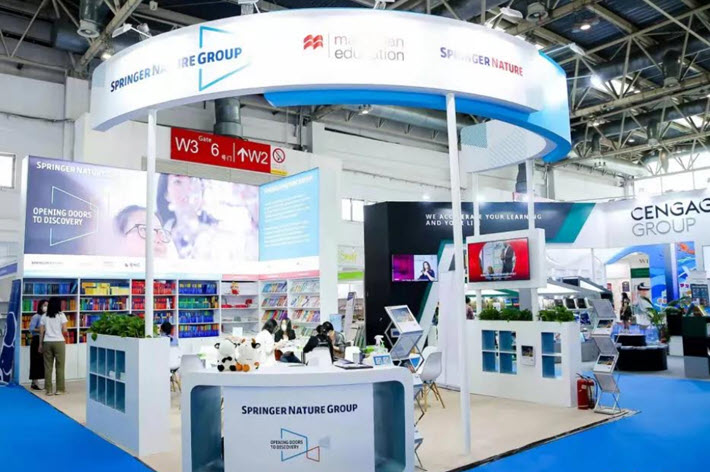 Postponed for three weeks on the order of health authorities, the Beijing International Book Fair is running this week, with physical and digital components. 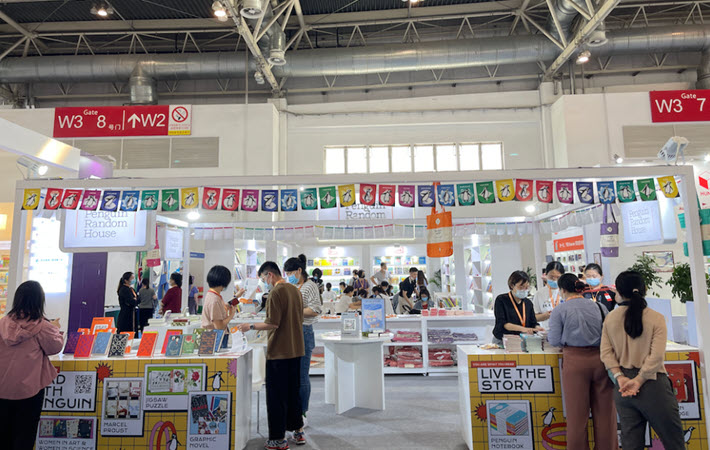 After a Sudden Pandemic Postponement

After what appeared to be an unexpected short-notice COVID-related postponement in late August, the 28th Beijing International Book Fair is to have gotten underway Tuesday (September 14) to run to Saturday (September 18).

While organizers talk of it being “one of the first hybrid international book fairs with physical events since the start of the coronavirus COVID-19 pandemic,” there are other major such shows to have done this before now, of course.

Keeping these things in perspective is important, particularly because the volatile health emergency that has seized at one time or another every significant populated part of the world is not the fault of trade shows, book fairs, literary festivals, or other events.

You get the distinct impression at times that organizers feel in some way ashamed when plans to hold a book fair are impacted by the orders of local public-health authorities. That’s incorrect.

Public-facing book fairs, in particular—”selling fairs”—are immensely important to publishers, authors, and booksellers, who depend on sales at these events to sustain their businesses. Some of the efforts to produce these events during the (still ongoing) pandemic have been valiant. But anyone who makes organizers feel inadequate or foolhardy when an event can’t go forward as hoped is a cad and possibly someone who doesn’t care about the health of participants. 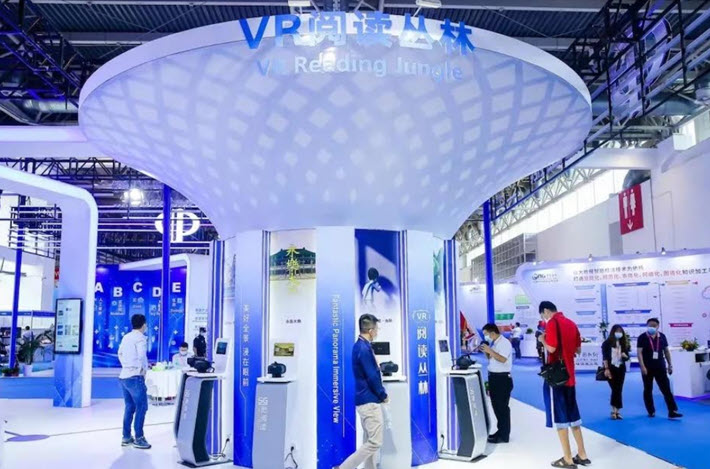 The Beijing event anticipates 1,600 in-person exhibitors. The fair’s structure this year makes the physical show available to Chinese and other in-country companies, while offering on-site stand management to exhibitors who would like to mount a presence from offshore. Eight new countries are represented in this year’s edition of the fair: Algeria, Laos, Palestine, Angola, Jamaica, Nigeria, Denmark, and Finland.

Director Liying Lin and her staff have estimated that as many as 300,000 books displayed at Beijing International Book Fair. Satellite events in various bookstores in the Chinese capital are anticipated in 20 venues. At Beijing Shinjingshan Amusement Park, an exhibition called Liu Cixin’s Comic Universe is underway, playing on the enduring popularity of Liu’s 2007 The Three-Body Problem.

Reports from the program talk of participation there by Singaporean publisher Phua Kok Khoo, British sociologist Martin Albrow, Russian sinologist Yuri Tavrovsky, the president of China Machinery Industry Corporation Li Qi, an expert on the travel industry of Huawei Technology Zhu Hongbo, vice president of the Chinese Academy of Press and Publication Zhang Li, and Rebecca Lawrence, managing director of F1000. It’s unclear from accounts offered to date, however, how much of the publishers’ program was held in person, and what was done digitally. There’s no shame in something being handled digitally. Everyone knows there’s a lethal virus to be contended with. No publishing event is worth a person’s health, let alone her or his life. A frank accounting of things is the only sensible way to go.

The show’s guest of honor this year is Pakistan, in recognition of the 70th anniversary of diplomatic relations between the two nations.

Beijing OpenBook, Publishing Perspectives‘ associates in the monthly presentation of our China Bestsellers lists, will be providing new data on the progress of the vast Chinese publishing industry and parallel events this week are to include the International Children’s Books Forum; the presentation of a “Special Book Award has been made to some 15 “international writers, translators, and publishers who have made outstanding contributions to promoting cultural exchanges between China and foreign countries.”