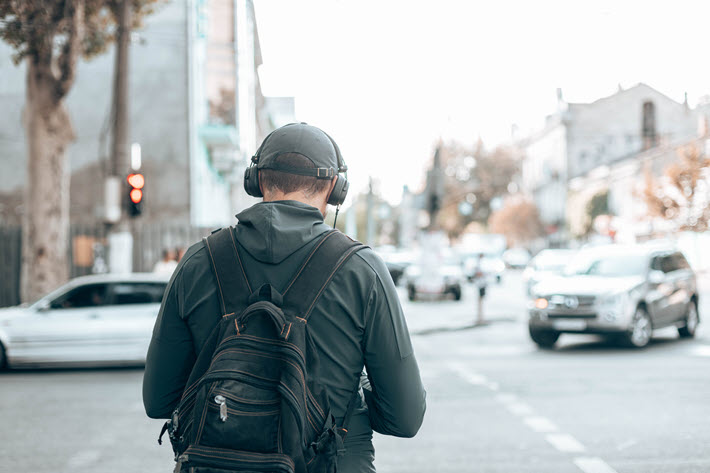 Storytel reports seeing a rise in audiobook downloads in Russia by 45 percent in the last year. LitRes leads market at some 70 percent.

The demand for audiobooks in Russia is growing steadily, according to recent remarks made by spokespeople of leading local publishers and research analysts.

Sergey Anuryev, general director of LitRes, Russia’s largest producer of audiobooks (part of Eksmo-AST), confirms the growth dynamics of the sector in an interview with Publishing Perspectives.

“For Q1 2021, according to our estimates,” Anuryev says, “the volume of the audiobook market in Russia is more than 740 million rubles (US$10 million).

“By the end of 2021,” he says, “it will exceed 3 billion rubles. Today the share of LitRes in the domestic audiobook market is about 70 percent.”

According to Anuryev, in the first half of 2021, audiobooks in Russia have grown at a significantly higher rate than ebooks.

Anuryev says that both ebooks and audiobooks are comparatively “young segments of trade the market, growing from a low base. The main drivers for consumers who choose audiobooks are convenience, variety of consumption patterns, and health benefits.

“According to Ipsos’ research, 75 percent of audiobook listeners in the market say the listening is a good way to keep a child entertained. In addition, the rapid growth of the audiobook segment is associated with an active focus on promoting this format and developing the breadth of what’s offered.

Anuryev says this is being handled with the help of his company having its own recording studio. And some projects are released initially only in audio format, after which print and ebooks are added.

Boris Makarenkov, country manager with  Storytel Russia, says that he, too, remains optimistic about the prospects of the audio in the market.

“The international audiobook service has shown stable growth in recent years both in Russia and around the world,” he says.

“In Russia, the audiobook market grows faster than the book market in general. We want to believe that it was because of the fact that we launched several outstanding projects such as the audio series by Alexei Ivanov Shadows of the Teutons and Dmitry Glukhovsky‘s The Outpost 2. Both plots were written for Storytel by popular Russian writers. A large number of audiobooks have been narrated at our own recording studio by famous actors and narrators.”

According to Makarenkov, audiobooks in Russia began gaining popularity after Storytel went into the Russian market four years ago, since then there has been a visible and stable growth.

“At the same, according to research data, the immersion of audiobooks in our country today is no more than 10 percent. This means that there’s a large front for work and a real prospect for further growth.

“Also, it should be noted,” he says ,”that any new content format requires a certain period of getting used to it. However, judging by the growth rates, people like audiobooks. They allow you to re-listen to the classics and to be constantly aware of book trends.” 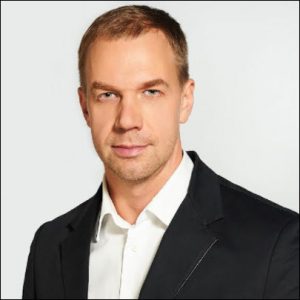 At LitRes, Anuryev says that he, too, remains confident that audiobooks will continue to grow at a high rate in both the second quarter of 2021 and in 2022.

“This will be largely because of certain situations of content consumption,” he says. For example, travel related to leisure and work, which were impossible during the pandemic.

“The Russians were restricted in movement, worked remotely, and couldn’t listen to audiobooks in the subway or car.

“Now these opportunities are returning. users are beginning to travel more actively in Russia and to those countries that are open. They can listen to audiobooks while traveling or on vacation.

“LitRes also conducted an advertising campaign in January and February. We can see that recently the percentage of users’ intentions to purchase audio content in the future has grown – from 68 percent to 80 percent.”

More from Publishing Perspectives on the Russian market is here, and more on international trade in the book business is here , while more on audiobooks is here.”