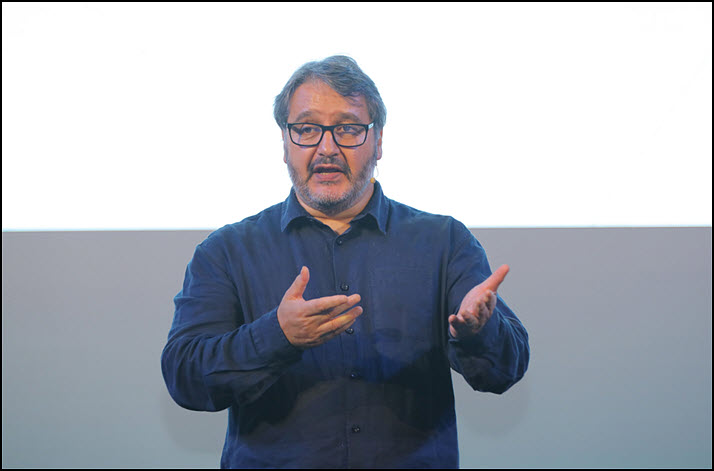 With the Hay Festival’s board having endorsed an independent investigation, the program’s co-founding director has resigned. 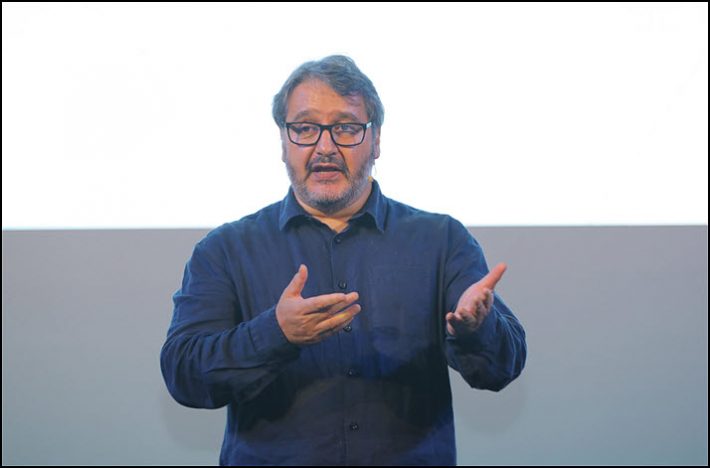 Florence: ‘Incredibly Proud of the Achievements’

Aflurry of articles has followed the news today (August 2) that Peter Florence has resigned as director of the Hay Festival in the United Kingdom.

Publishing Perspectives readers will recall our late-October article, when it was learned that a “grievance procedure” had been initiated by a staffer against Florence.

As it has turned out, Caroline Michel, the Hay’s board chair, issued a statement over the weekend, saying, in part, “On Thursday, July 29, the Hay Festival board unanimously endorsed the findings of an independent investigation and panel review that upheld an internal complaint against Hay Festival co-founder and director Peter Florence, backed by more than half of the Welsh festival team.

“In line with the festival’s disciplinary procedure and bullying and harassment procedure, it was found that Mr. Florence’s actions amounted to gross misconduct.

“This decision followed a thorough and extensive process, which considered substantial supporting evidence. As the board gathered to conclude the internal process, Mr. Florence resigned with immediate effect. The board will now be seeking new leadership for the world-renowned nonprofit organization.” 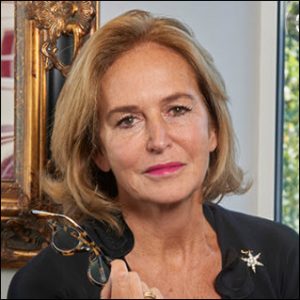 Michel’s statement goes on to point out that Florence had not been in a hands-on position with the festival since October. “Mr. Florence was suspended last October,” she says, “following the panel’s review of the grievance complaints and has been signed off sick since then. Finance director and interim CEO Tania Hudson has led the UK team over the past 10 months, delivering successful digital events in December and May, while Hay Festival international director Cristina Fuentes continues to run Hay Festival events internationally.

“Thanks to the dedication and commitment of our teams, artists, friends, Haymakers, and supporters in Wales and around the world, our hybrid festival plans continue unchanged for the next 12 months as we bring writers and readers together in sustainable events across Spain, Mexico, Colombia, Peru, and Hay-on-Wye.”

In today’s report from The Times‘ (of London) legal editor Jonathan Ames, a statement from Florence is quoted, saying that the Hay board held “a disciplinary hearing in my absence while I was off sick after a breakdown.”

Mark Chandler at The Bookseller has also quoted that statement from Florence as saying, “I am incredibly proud of the achievements of the Hay Festival over the past 35 years and hope that it continues to go from strength to strength. I do not wish to comment further at this time and continue to take legal advice.”

Chandler adds that Michel says the festival is “financially secure.” 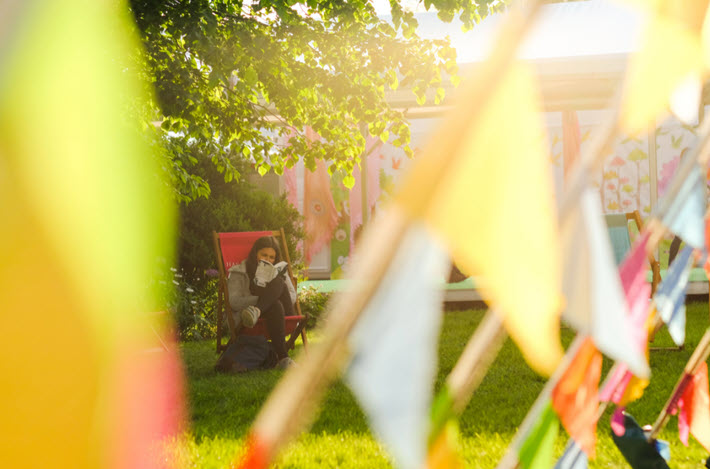 Certainly one of the most decorated and best-known leadership figures in the field, Florence is one originator of a kind of programming now spotted in programs as disparate as the Spoleto Festival dei Due Mondi (and its American and Australian festivals) originated by Gian Carlo Menotti in 1958 and Nick Barley’s Edinburgh International Book Festival, which between August 14 and 30 will focus on themes including feminism, migration and displacement, the climate crisis, colonialism, and open-source intelligence.

“We tend to mix the programming quite promiscuously,” he told Publishing Perspectives in a 2016 interview about the international editions of the Hay that have developed over the years. At that point, he said, the festival was programming 2,000 events annually across all its international venues.

“All the festivals have different directions,” he said. “Segovia is more engaged with architecture and art because of the director, Sheila Cremaschi’s, personal passions–and because of the city itself. Cartagena is [program director] Cristina Fuentes La Roche’s baby and has always operated under the star of our patron Gabriel García Márquez and his interest in journalism and literature.

“Hay in Wales is informed largely by academic research across a huge spectrum of curiosities. It’s both more highbrow and much more vulgar than the others.”

After the initial scare of the 2020 assault from the coronavirus COVID-19 pandemic, the Hay Festival was able to transition to a digital rendition of itself (a feat repeated this year), announcing that some 490,000 streams were served in May 2020 to users in 69 nations.

When he chaired the Booker Prize for Fiction jury in 2019, the panel he presided over abandoned the Booker Foundation’s 1993 rule barring a split decision and gave the Booker both to Margaret Atwood and to Bernardine Evaristo.

Several reports today are mentioning the associated difficulty encountered last autumn by the Hay when Caitlin McNamara, who curated the Hay’s first (and only) Abu Dhabi festival, held in late February, charged that a serious sexual assault had been made against her on February 14 by Abu Dhabi’s Sheikh Nahyan bin Mubarak Al Nahyan, Abu Dhabi’s minister of tolerance.

Asked by the Associated Press for comment, UK attorneys for Sheikh Nahyan issued a denial, saying, “Our client is surprised and saddened by this allegation, which arrives eight months after the alleged incident and via a national newspaper. The account is denied.”

There’s more about this incident in our article from October. And while the festival has made it clear that the bullying charge leveled at Florence was not related to the events in Abu Dhabi, he and the festival were criticized by some for going ahead with the festival after McNamara’s complaints were lodged, Florence “sharing a platform with Nahyan,” as The Times’ coverage notes today.

Vanessa Thorpe at The Guardian today is registering the uncertainty the Hay Festival seems to some to be facing in this moment of Florence leaving and talking of potential legal action.

“The future of the Hay Festival of Literature and Arts, one of Britain’s oldest and most esteemed annual cultural landmarks,” Thorpe writes in a story published on Sunday (August 1), “was thrown into confusion this weekend after the resignation of its co-founder and director, Peter Florence.”

Florence holds doctorates from Queen Mary University of London, Worcester University, and the University of Glamorgan, and is a fellow of Hereford College of Arts and the Royal Welsh College of Music and Drama. He’s an honorary fellow of the Royal Society of Literature, a trustee with the Baillie Gifford Prize, a board member with the Deborah Rogers Foundation, and a member of the European Festivals Association jury.

Having been at the Hay’s helm since founding it with his parents, Rhoda and Norman, in Hay-on-Wye, he’s said to have paid for the first outing in 1988 with winnings from a poker game.

“It’s a creation story that seems to have caught people’s imagination,” he told us in his interview. “It’s partly true.” 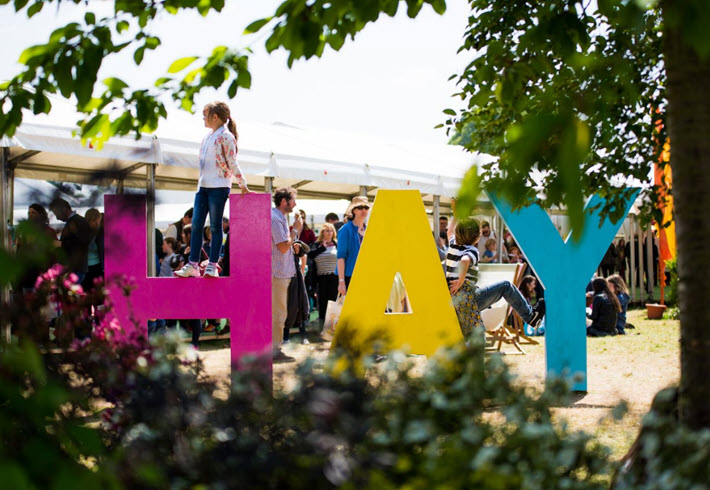 More from Publishing Perspectives on the Hay Festival is here, more on Peter Florence is here.