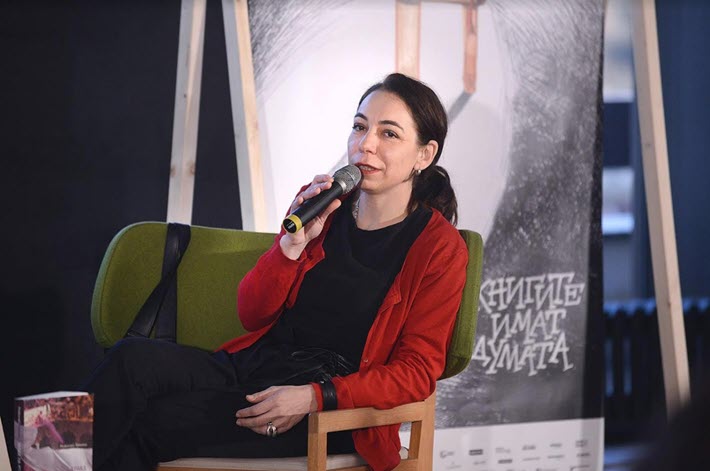 The Art and Business of Translation

A a new literary translation project, Translation in Motion, has been established to broaden the flow of translated literature between the western Balkans and the European Union’s member-states, with translation workshops and literary residences designed to boost efforts by translators on both sides, according to the program’s partners.

Yana Genova, the recently elected president of European literary translation centers network RECIT, tells Publishing Perspectives that the initiative is a joint effort by the RECIT network and its members in cooperation with creative residences in Albania, Montenegro, North Macedonia, and Serbia. The “in motion” component of the program’s name refers to the program’s support for international mobility of literary translators working from and into the languages of the western Balkans.

“Currently, the project is in its first phase,” Genova says, “and the first Translation in Motion literary residencies are taking place.

“The project is co-funded by the Creative Europe program of the European Union and it’s to continue for three years with an open call for translation residencies to be announced each year. During the planned three-year length of the project, three open calls will take place. The next call will be in the spring of 2022.”

One of the project’s objectives is to foster the professional development of translators from those countries engaged, helping them hone their translation skills while learning more about the business dimensions of acquiring, translating, and publishing books.

“As part of the Translation in Motion initiative,” Genova says, “we’re piloting workshops addressing translators in Albania, Bosnia and Herzegovina, Montenegro, North Macedonia, and Serbia. The training program offers a diverse range of practical workshops on the art of literary translation and includes business elements and industry insights into translation contracts, collaboration with institutions, applying for programs and projects, as well as pitching to publishers.”

These four countries share a common past, and three of them—Montenegro, North Macedonia, and Serbia—were part of Yugoslavia until its dissolution in 1992. Today, while they provide a varied mosaic of cultures, religious contexts, and ethnicities, their literature communities strive to capture the interest of Western readers outside their combined populations of about 12.5 million people.

The region has produced a number of established fiction writers. They include Ivo Andrić, Yugoslavia’s sole Nobel Prize in Literature laureate (1961), best known for his novels Na Drini ćuprija (The Bridge on the Drina) and Travnička hronika (Bosnian Chronicle).  Novelist and poet Ismail Kadare, winner of the first Man Booker International Prize (2005), is another.

Nevertheless, younger generations of western Balkan writers who have emerged following Yugoslavia’s disintegration remain relatively unknown to Western readers. This spurs the need for programs such as Translation in Motion.

“The translation residencies last one month each,” Genova says, “and the total number of residencies over the three-year period has come to 35. The workshops and the professional development and training program will support approximately 70 professional literary translators.”

This project doesn’t overlap with the programs of translators who are in residency in RECIT’s 14 centers. Asked about what challenges the program can help solve, Genova said the initiative’s focus was on facilitating western Balkan literature’s expansion to prospective markets.

“We aim to solve the difficulty of having Balkan literature translated into major European languages. This cannot happen without committed translators who are influential and driven ambassadors of literary dialogue.

“The residencies in the consortium,” she says, “offer translators time for focused creative work on literary translation projects, the opportunity to immerse themselves in the local culture and source language, to carry out research, discover new literary voices, and exchange with colleagues. The goal behind the project is to nurture and sustain new professional contacts across the Balkans and the EU countries.”

More from Publishing Perspectives on translation is here, and on the international rights trade is here.