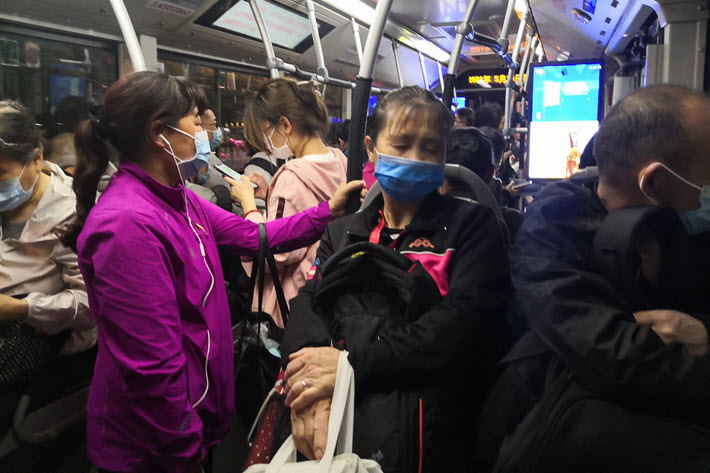 Beijing OpenBook researchers say that from January to June this year, both physical and digital retail have been lagging. 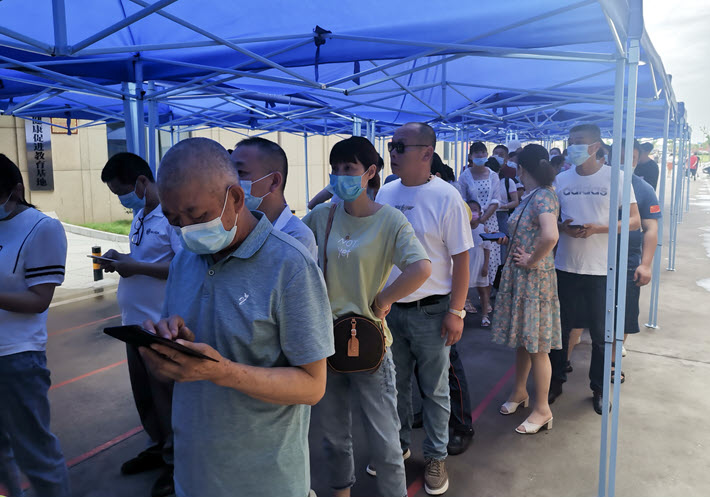 On June 13, a line for COVID-19 vaccinations in the prefecture-level city of Jiujiang in Jiangxi province. Coronavirus conditions in China have continued to dog the publishing market during the first six months of 2021, even before new local clusters were reported this week. Image – Getty iStockphoto

See also this week’s China Bestsellers report on June, in which a Neil Gaiman story collection has entered the fiction charts thanks to an endorsement from Word of Honor star Zhang Zhehan

In a survey of the Chinese market in the first half of 2021, our associates at Beijing OpenBook are tracking performance across a sampling of more than 13,000 stores (online and physical) and a reported 5 million products.

From January through June, the company tracked the market’s sales at 36.14 billion Yuan RMB (US$5.6 billion). That field comprised more than 1.77 million unique ISBNs in play.

In the first half of 2021, the overall book retail market showed a positive year-on-year growth on a rate of 11.45 percent. What’s interesting, of course, is how that growth’s effects are being parsed now as part of the ongoing impact of the coronavirus COVID-19 pandemic.

Indeed, with new outbreaks of the delta variant in several parts of China, Rebecca Tan and Lyric Li at the Washington Post are reporting levels of travel restrictions and quarantine orders being rolled out, “the scale of which has not been seen since the country’s initial explosion of cases from Wuhan last year.” Wuhan itself, is undergoing a mandatory COVID-19 testing protocol of all 11 million citizens, and local clusters have been reported even in the capital, Beijing itself, as well as Zhengzhou.

All of which adds up to a potential for some of the performance markers OpenBook has tracked in the first half of this year to continue and potentially even worsen. 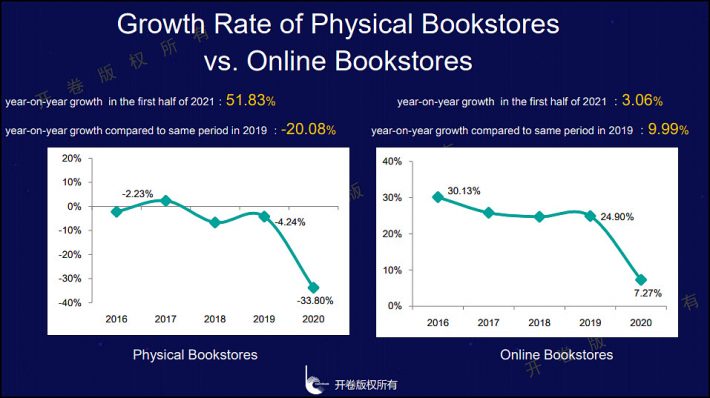 The physical store channel  actually has shown substantial forward movement in an increase of 51.83 percent year-on-year.

That robust physical-sales figure, however, is largely achieved by contrast to the sharp decline that physical sales settings sustained from January to June 2020. If the first-half performance of 2021 is compared to 2019 rather than to 2020, then we’re looking at physical sales down by 20.08 percent.

This isn’t entirely a surprise. Publishing Perspectives readers who follow our coverage of the Chinese market and monthly China Bestsellers reports will recall that in January of this year, OpenBook tracked the first downturn reported in the Chinese book market since 2000, a setback of some 5.08 percent cited for 2020.

In digital retail, which is highly developed in China, of course, there’s also negative news.

OpenBook points to strong discounts and convenient shopping being major draws for online retail, with many new readers-consumers coming into the market. That cultivation of the digital-friendly buyer has accounted in recent years for a growth rate in online sales of as much as 20 percent–a figure that makes it clear how modest the first-half year-over-year rate of 3.06 percent actually looks.

Particularly hard hit has been the leisure-reading consumer base. Amid an income decline during the depths of the pandemic year 2020, OpenBook points out, consumers’ discretionary income was diminished. “Casual reading has not returned to pre-pandemic levels,” OpenBook tells us. And this part of the readership—very fond of online shopping—is seen as being behind some of the deterioration of online channel sales.

On the metro in Beijing, May 23. Image – Getty iStockphoto: Zhang Rong

One trend in physical retail in China has been remarked on before by the OpenBook team. In China’s largest “Tier One” cities, major book superstores are prized and frequently very opulently designed and built for strong consumer draw.

But in 2020, one effect of the coronavirus spread-mitigation efforts was an especially big hit on first- and second-tier stores, simply because urban areas required more restrictions including lockdowns to handle high population density, so that consumers moved about less in major hubs than in medium and smaller cities. 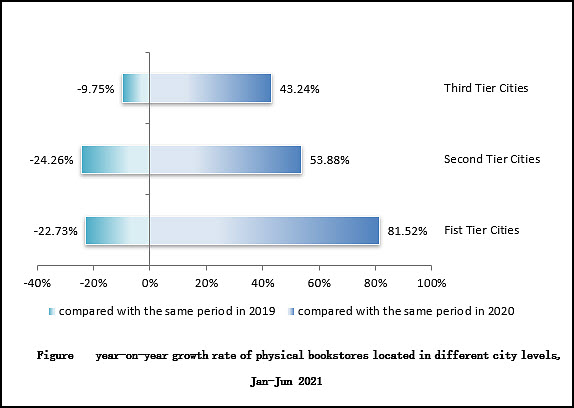 Once again, what’s seen in the first half of 2021, then, is positive growth over 2020–and strongest in the big-store settings—but lagging by comparison to 2019’s performance. 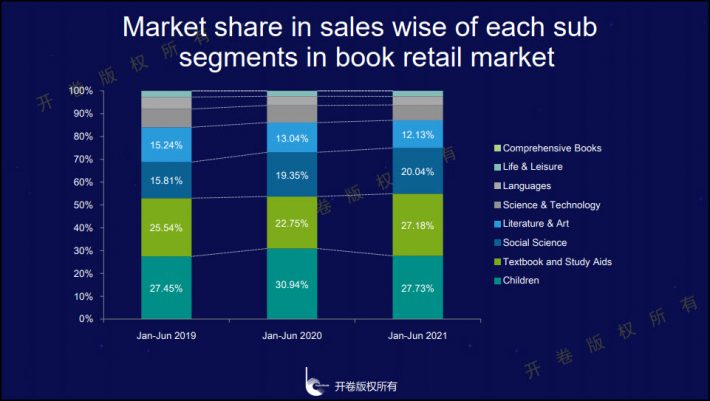 In some of the OpenBook team’s most interesting commentary: 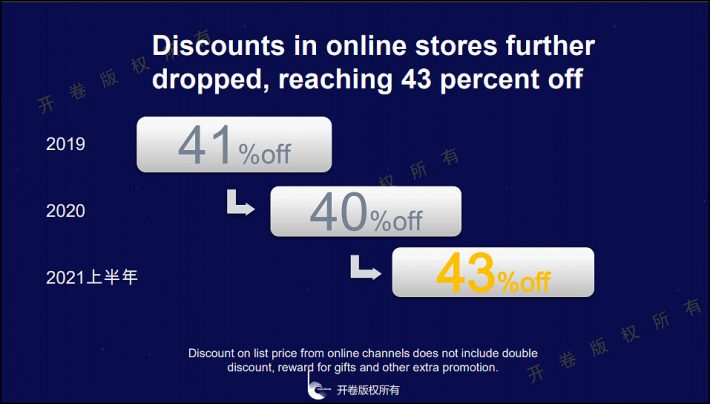 Aggressive discounting has been a hallmark of online retail. In the first half of 2021, OpenBook’s tracking saw 40-percent discounting in many cases and even 43 percent at times.

As the slow-down in self-help asserted itself, some retailers offered 61-percent discounts and ran TikTok video ads to try to bolster the sector.

The practice of medium- to low-discounted children’s books was mainly focused on enlightenment, original picture books, and self-help books for young children. The discount levels of children’s literature and imported picture books were not actually very low, especially in well-known children’s book brands, which retailers found could be sustained at high rates.

We’ll look at the third quarter for further signs of recovery in the market.

China bestseller reports from Publishing Perspectives are here. More from us on the Chinese market overall is here.