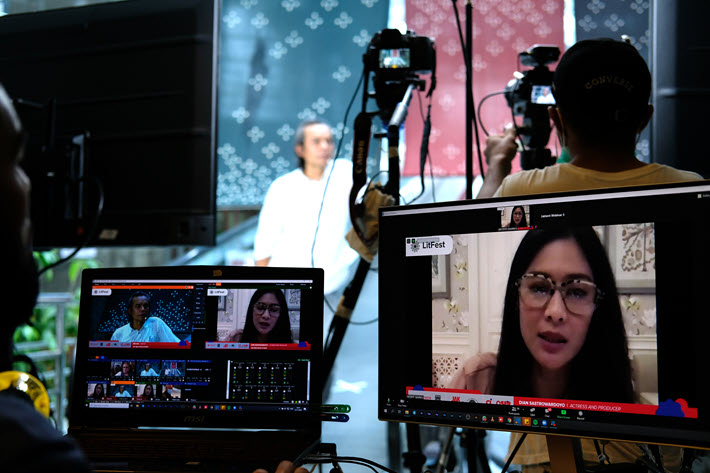 The Jakarta Content Week program, JakTent, is gearing up for as many as 200 sessions with 400 speakers in a hybrid format.

A taping in a JakTent LitFest program for the inaugural 2020 edition of the program. Image: JakTent

As many world book publishing trade shows, book fairs, literary festivals, and other events have struggled during the still-ongoing coronavirus COVID-19 pandemic, the Jakarta Content Week “JakTent” program from Frankfurter Buchmesse and the Yayasan Tujuhbelas Pulau Imaji (the 17,000 Islands of Imagination Foundation) in Indonesia may have been one of the boldest.

Those who have programmed these events know that the digital delivery can mean the whole thing is actually harder, not easier, to produce. “The workload is not virtual,” as we say.

JakTent 2020 was a matter of going from zero to 60 in a market that has since then suffered heavily from the pathogen’s outbreaks.

In a remarkable turnaround, the Indonesian president, Joko Widodo, announced on Monday (August 30) that the government is easing COVID-19 mitigation restrictions this week for shopping malls and factories. As Reuters Jakarta reports, “The number of daily cases has fallen, reaching 5,436 on Monday, the lowest since June, and compared to a peak of 56,757 daily infections in mid-July. In total, the world’s fourth most populous country has recorded more than 4 million COVID-19 cases and more than 132,000 deaths.”

The next issue to confront the Widodo administration appears to be a newly revealed data breach in the government’s test-and-trace app, the Health Alert Card for travelers (international and domestic), as reported by Jonathan Greig at ZDNet.

Determined to rise above all that, the organizers of JakTent are back for a second year’s outing , scheduled to run November 10 to 14 in a physical-and-digital hybrid format under the hopeful theme “To Gather Again.”

Today, what we can look at is the structure of this ambitious effort which actually embraces a set of seven related festivals in one. The estimates of the programmers are that this year they can reach 20,000 users online with 400 speakers in 200 sessions representing participation from 68 countries. 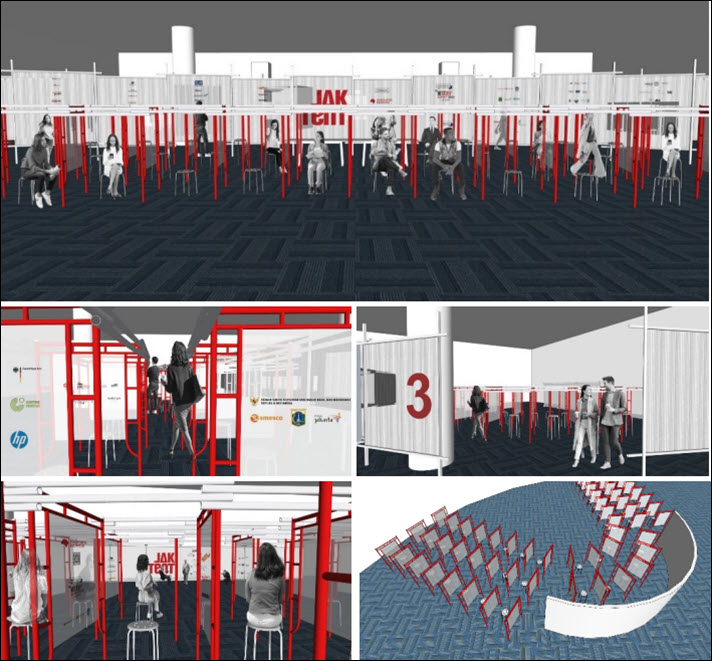 The JakTent program gets its name from Jakarta Content Week, taking the first part of “Jakarta” and the latter syllable of “content” to create “JakTent. One result, of course, is that the program is broader than book publishing, engaging elements of related media industries in a set of seven programming streams.

LitBeat is a conference of talk shows, “sharing sessions,” and masterclasses focused on new issues and technologies in sub-sectors of the creative industries. In this part of the program, creative workers, directors, and promoters speak about strategies in the development of creative products and ideas, especially those based on digital technologies with broad social impact.

LitBite, as the name implies, is based in food and the culinary world as a locus of marketable products as well as a source of cultural interest and creative content. The focus is on healthy living and respecting nature and the environment in food—which in this context encompasses entertainment, occasions for celebration, and culture. Food lovers, culinary artists, chefs, food writers, cook book authors, and nutritional researchers share demonstrate and share their skills and love of food. 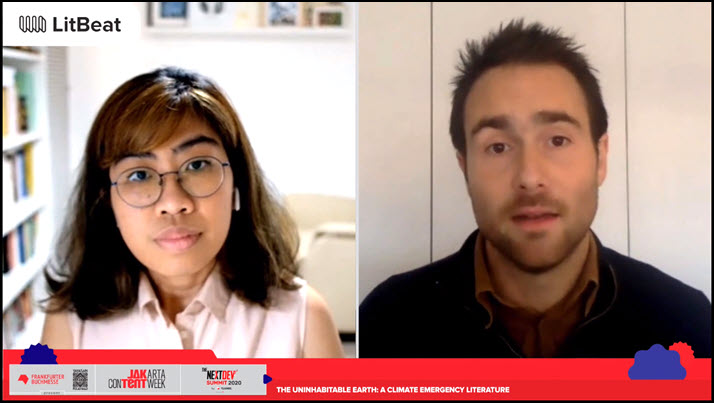 LitFest is the element most quickly recognizable to world publishing professionals, an international literary festival with a special focus on the Asian-Pacific region and the connection between literature and film. Stakeholders in the region’s film industry meet both physically and virtually to network and discuss subjects from literature as a source of film content to distribution, promotion, translation, copyright, and other factors impacting the literary ecosystem. Many Publishing Perspectives readers know John McGlynn of the Lontar Foundation–he and Zen Hae are in charge of this stream’s programming.

The Market is JakTent’s venue for small- and medium-sized enterprises, exhibitors who present displays in digital and physical formats. Two key elements here are Frankfurt Rights and “Go Invest.”

LitTrade, related to the rights programming of The Market, is a program for players in the creative industries of the Asia Pacific and Europe. It serves as a platform on which book publishers and players in other creative industries from Europe and countries of the Asian-Pacific region can meet, network, collaborate, and engage in rights transactions.

Icon is being described by organizers as a large public event for the display of character-focused creative content, a place in which fans of fictional characters enter a cosplay competition and—as in “con” events in many parts of the world—are treated to discussions on the subjects of animation, comics, illustration, and design.

LitFilm is a film festival for arthouse work from Indonesia and abroad, with discussions, seminars, and talk shows on issues and trends in the film industry. The stream includes a financing forum.

Programming, of course, is still in development, and Publishing Perspectives will update the program’s information as it becomes available. 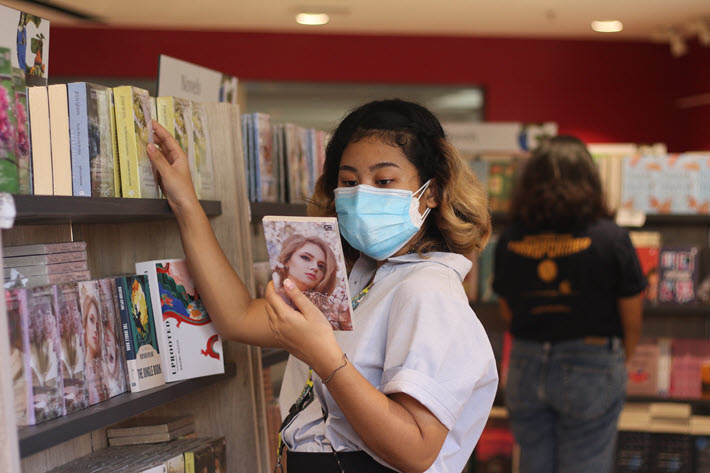 More from us on Indonesia and its publishing market is here.  More from Publishing Perspectives on book fairs and trade shows is here, more on the International Publishers Association is here, and more from us on the IPA’s world congresses is here.

More from us the coronavirus COVID-19 pandemic and its impact on international book publishing is here.