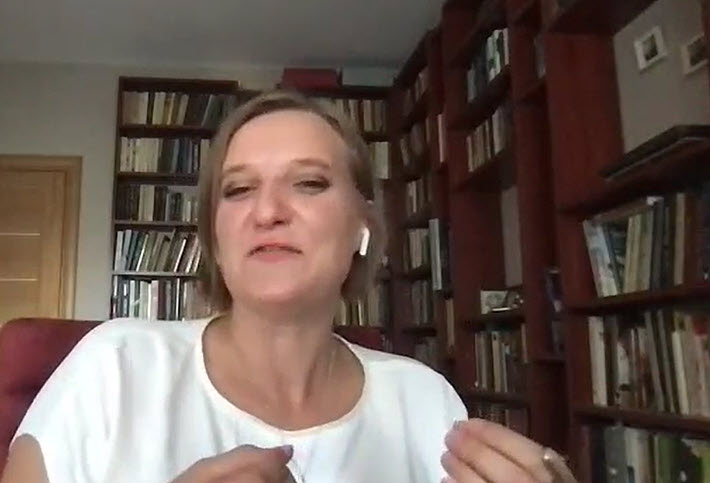 For all the strains of the 2020 marketplace–and a ‘really weird summer’–Urtė Liepuoniūtė says the Helsinki Literary Agency is approaching three times last year’s sales in 2021.

With the upcoming French edition of Juhani Karila’s Lapland Literature Prize-winning Fishing for the Little Pike, Urtė Liepuoniūtė at Helsinki Literary Agency is decidedly upbeat about 2021.

La peche au pêtit brochet, in its French translation by Claire Saint-Germain, is to be released on September 14 by Saguenay’s Editions La Peuplade—our feature on the house is here.

“They said they’ve already shared the materials with some critics in France,” Liepuoniūtė says, “and apparently there’s a lot of interest.”

And “a lot of interest,” as it turns out, applies to how business has looked over the last few months in Finland.

“It’s been a really weird summer,” Liepuoniūtė says in an interview with Publishing Perspectives, and she puts it down to a growing mistrust of the coronavirus COVID-19 and its variants. “I feel there’s a sort of pre-apocalypse feeling everywhere,” she says, “and people are just trying to have as many events as they can and publish as many books as possible.

“We were planning for summer to be a bit calmer, you know, and we were going to do all these things we didn’t have time for during the year. But all of a sudden, we’ve been selling rights. All the time. We haven’t had time for anything else. I think people have been afraid they might close everything again” in another flare-up of the virus. “It’s like they’re trying to do everything now.” 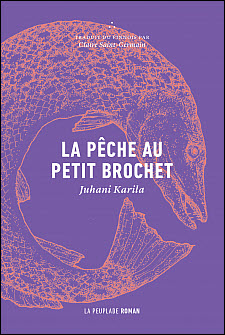 Anb even a rushed pace has its rewards.

“Last autumn was very chaotic,” Liepuoniūtė says, “chaotic and nervous because it was still before the end of the year. Publishers weren’t sure how much money they’d actually lost, how bad the year actually was. So during Frankfurt, we had a lot of meetings but you could see that people were very, very careful about buying.”

With Helsinki’s emphasis on literary work—which matches the usual focus of the Finnish market–the literary publishers were especially wary of over-committing, she says. “Most of the publishers were looking for something that sells—buying less and buying bestsellers. When you have a literary list,” as Helsinki Literary does, “it becomes quite hard.

“But after January, after the year turned and everybody saw that they hadn’t lost money—they’d actually made money” during the first pandemic year–”people are not as hesitant.”

“We were planning for summer to be a bit calmer. All of a sudden, we’ve been selling rights all the time. We haven’t had time for anything else.”Urtė Liepuoniūtė

Indeed, saying they’re “not as hesitant” qualifies as genuine Finnish understatement: “Since January,” Liepuoniūtė says, “we’ve made more than 100 deals, compared to 2020 when we made 40 deals in the entire year.”

Still, even while coming up on tripling the business of 2020, no one is resting on their laurels at the agency. There are several structural challenges, Liepuoniūtė tells us, that are natural to her market. Not only is the country given to literary work—which may not be the first thing an international publisher wants to buy, translate, and publish during a pandemic—but Finnish authors are fond of holding forth at great length.

Liepuoniūtė laughs about this, but it’s a true issue when it comes time to solicit the international publishing industry’s interest in the Finnish culture’s highest-value works.

“There’s this trend in Finland that drives agents crazy,” she says. “Finnish authors write really long books. All the books are at least 500 or 600 pages long, which is difficult, especially if you’re selling into the English-language markets. Finnish-English translators are expensive, and publishers take that into account.” She cracks herself up: “They want short bestsellers.”

What’s more, crime remains a major noir overhang in Finland and other Nordic markets. “I guess during the pandemic, it’s even more so because of a need for escapism,” she says.

This all adds up to even more pride in the agency’s success, swimming upstream as a house of fine literature in such conditions, no mean feat. What’s more, the presence of literary agencies on the scene in the Finnish market still is relatively new. The Elina Ahlback Agency is the oldest, in place for about 10 years, and Urpu Strellman’s Helsinki Literary Agency is four years old. Strellman, the company’s lead, will be at the physical Frankfurter Buchmesse in October, while Liepuoniūtė handles digital meetings. 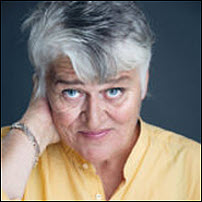 One thing she says they’ve noticed about life and work during the pandemic is that the very convenience of virtual meetings has meant that “You don’t have these timeframes, anymore. We used to have Frankfurt for one week. Now we have Frankfurt for two months, and it’s nonstop.”

But this does make the big moments all the nicer, she points out.

Helsinki Literary Agency’s renowned Finnish author Pirkko Saisio’s The Red Letter of Farewell (Punainen erokirja) has sold to CJ Evans at the United States’ translation house Two Lines Press. The book, from 2003, is based on Finland’s turbulent 1970s, an era of exploration in sexual identity and finding your voice.

Saisio, a Finlandia Prize-winner–highly regarded for her work as both a director and actress as well as writer–is now 72. And Liepuoniūtė points out that this is the best kind of backlist success—an iconic writer’s break into English. The sale, made in a pre-empt to Two Lines, will see this seminal book released, after all these years, in autumn 2022. 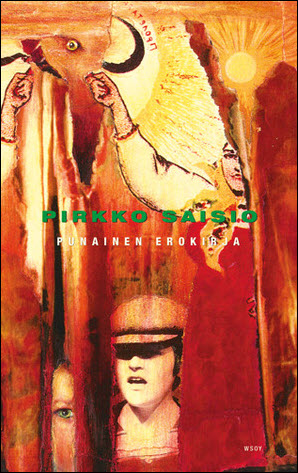 And for all the exhaustion from months of summertime weirdness, a punchline is never far away when you’re chatting with Liepuoniūtė.

She created and hosts the agency’s podcast, which in its ninth edition has featured the Finnish romance bestseller Niina Mero. In the conversation, agent and author discuss commercial fiction and how it’s seen in this market in which such lighter work actually needs some defense from time to time.

A vivacious person who laughs quickly and gestures with easy, Italian enthusiasm, Liepuoniūtė opens the podcast with a typically wry comment from someone in “this really weird summer.”

During the pandemic, she says, “One of the reasons that Finland has dealt with the crisis so well is that, to Finns, social distancing comes quite naturally.”

More from Publishing Perspectives on the Finnish market is here, more on literary agents is here, and more on international rights and trading is here.