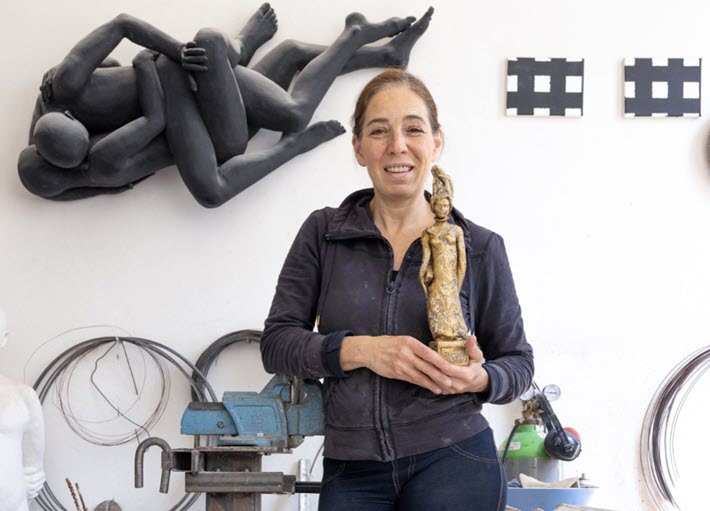 The German ‘Book Women’ organization will award its first ‘Christine’ in November, an honor named for Christine de Pizan. 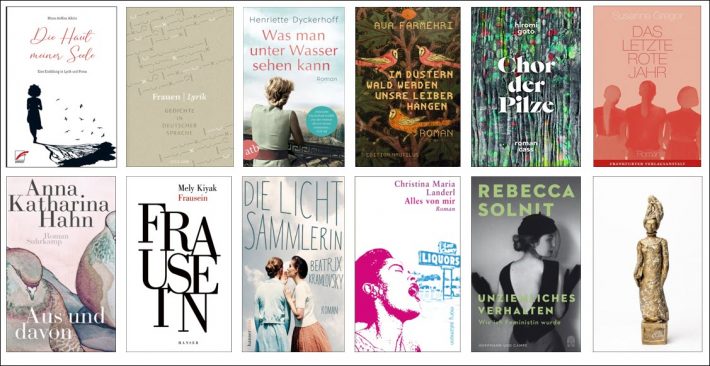 ‘The Empowerment of Women and Girls’

In Germany, BücherFrauen—Book Women—is an industry network for women in the German-language book industry. It was founded in 1990 and based on England’s Women in Publishing organization. The German group has a membership of some 900 people and says its participants include women publishers, booksellers, translators, literary agents, and others who work in the field.

This year, the organization will initiate a biennial literary prize, the “Christine,” named for the French writer Christine de Pizan (1364- circa 1429). The new honor, the program says, “is intended to recognize the work of  female authors whose writing contributes to gender equality and the empowerment of women and  girls.”

In addition, the winner receives a copy of a statuette, Christine, newly created by the Swiss-born artist Kassandra Becker of Karlsruhe. In instances in which a translated work wins the prize, the money will be shared between author and translator. The program is open both to work originally published in German and work translated into German during the two years prior to the presentation.

A three-person jury has been named:

A winner is to be announced from 11 nominees in November.

Nominees for the 2021 BücherFrauen Christine

Christine de Pizan was a Venetian-born poet and author at the court of Charles VI. Her family carried the name da Pizzano and then de Pizan, having come from Pizzano, part of the municipality of Monterenzio, and, like Bologna, in the Emilia-Romagna. 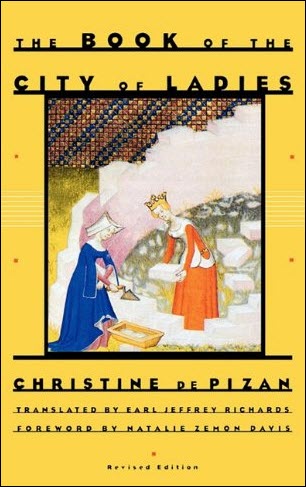 In terms of her intellectual education, it appears that she was the beneficiary of at least two men. Her father, Tommaso da Pizzano, was Charles V’s astrologer and court physician, and he’s said to have taught Christine to read and write. Indeed, at age 15, she married a royal secretary, the nobleman named Etienne de Castel, who is said to have urged her to continue with her studies.

Unfortunately, both her father and husband were dead by 1390. Christine then had to support herself, three children, her mother, and a niece. She’s believed to have begun writing for a living in 1399, and was a success for her lyric poetry. As she developed as a writer, she focused on the importance of peace and on women in society, as well as on governmental affairs and public policy.

It’s said that her biography was Charles V, who had died in 1380, was highly regarded. 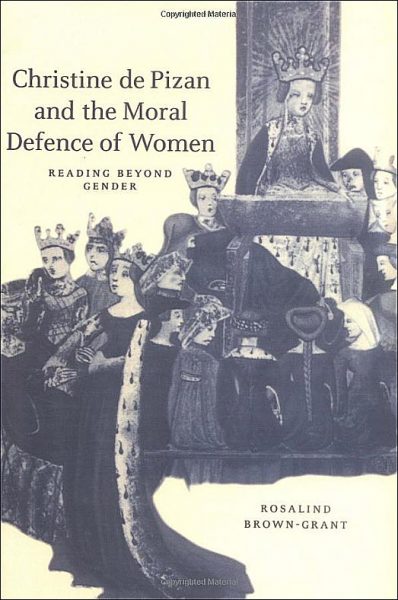 In her translation of Christine de Pizan’s key work, The Book of the City of Ladies (Persea Books, 1998), Rosalind Brown-Grant of the University of Leeds wrote, “Her output was vast and she incorporated many autobiographical details into her poetry, making it an invaluable record of medieval life. Much of her work survives in lavishly illuminated manuscripts, for she enjoyed influential patronage throughout her career.

“The outbreak of civil war in France prompted her to take refuge in a convent in 1418, where she remained until her death some time around 1430.”

Brown-Grant is the author of Christine de Pizan and the Moral Defense of Women: Reading Beyond Gender (Cambridge Studies in Medieval Literature, 2003), said to be the first full-length monograph devoted to Christine de Pizan’s work.

In the book’s description, Christine’s work in The Book of the City of Ladies is described as a “full-scale assault on the misogynist stereotypes that dominated the culture of the Middle Ages.” 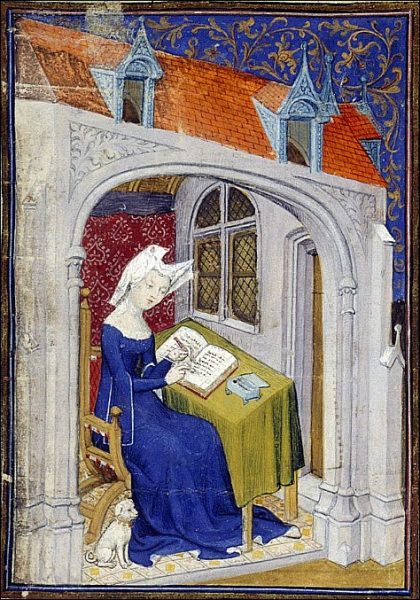 Christine de Pizan, a detail from ‘The Book of the Queen], created circa 1410 to 1414, manuscript, shelfmark Harley MS 4431, the British Museum. Image: Public domain

More from Publishing Perspectives on women in publishing is here, more on publishing and book awards is here, and more on diversity and inclusivity is here.